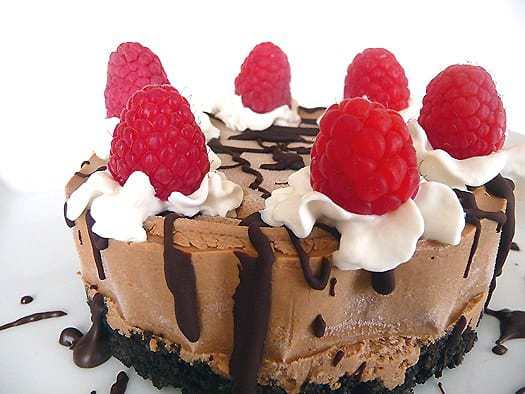 Do you like those slushy, cold drinks that Starbucks sells? I believe Mocha Frappuccino is the name? Those, along with the hot chocolate, are the only drinks I enjoy from Starbucks. I know, I know, I’m in the minority. In any case, this dessert tastes like one of those drinks, spread over an Oreo cookie crust and popped into the freezer. In other words, absolutely freaking delicious. Now I had heard of semifreddo before and have even watched Giada DeLaurentiis make a couple, but I wasn’t sure what exactly classified a particular frozen dessert as a semifreddo, so I did some Googling. According to Wikipedia:

Semifreddo (Italian for “half cold”) is a class of semi-frozen desserts,
typically ice cream cakes, semi-frozen custards, and certain fruit tarts.
It also refers to an ice cream sandwich, in which the bread
is a lightly toasted croissant. It has the texture of frozen mousse.

This definitely qualifies as a semi-frozen custard and certainly has the texture of a frozen mousse. 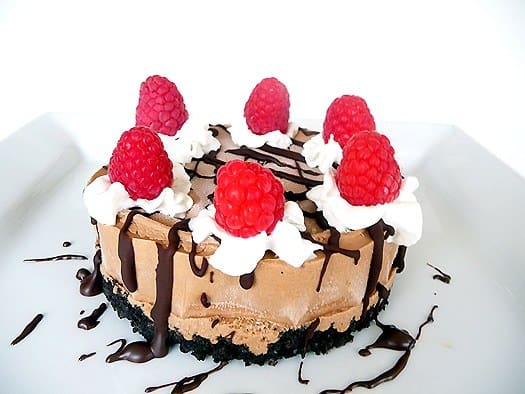 Annie and I had planned on making this recipe waaaay back last summer, but we somehow got sidetracked and never did it. Well, good things come to those who wait, and this is definitely a good thing. It does require a number of steps: making the crust, making the custard, mixing cream cheese and cream, heating egg whites, whipping egg whites, lots of folding… and finally freezing. Ironically, even though it required a number of steps, it didn’t seem as though it took very long to put together, maybe an hour at most. 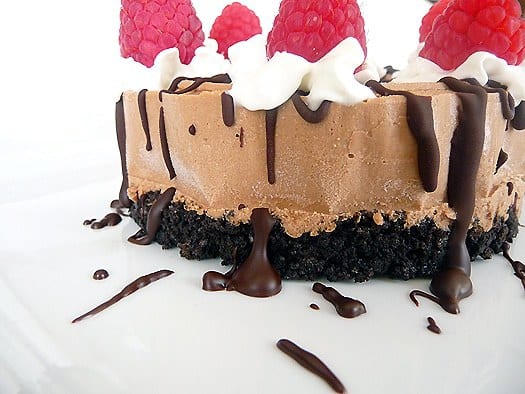 Notes on the recipe:

♦  I cut this recipe into ¼ and made it in a miniature 4-inch springform pan.

♦  The original recipe calls for mascarpone cheese, rather than cream cheese. I just couldn’t justify spending a ton of money on mascarpone when my gut told me that cream cheese would be just as good. And it was, it added a fabulous flavor. Plus I already knew I liked the coffee/cream cheese combination from making the Coffee-and-Espresso Layered Cheesecake, and it was just as good this time around.

♦  The egg whites seemed to take forever to get to 145°F. I was admittedly annoyed. I think next time I will buy pasteurized eggs that have already been heated to that temperature remove bacteria. This is what I did when I made Tiramisu that required raw eggs.

♦  I’m messy when I drizzle chocolate, I think it’s more fun that way.

♦  Serving this with a raspberry coulis would be scrumptious. Unfortunately, I just thought of that this very second. Ahh, hindsight! 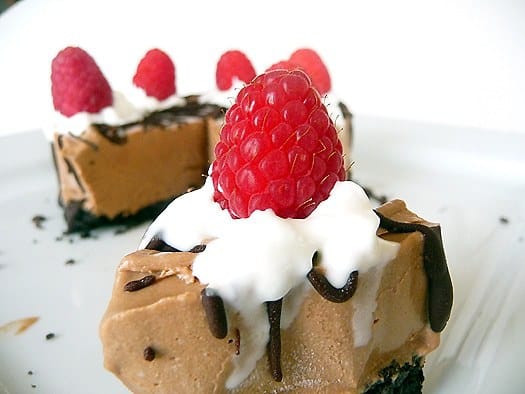 In the mood for a frozen treat that doesn’t involve multiple steps? Try this Classic Vanilla Ice Cream. Simple, creamy, and delicious. Perfect with pies, warm brownies, or all by itself!

1 Year Ago: Eclairs and Cream Puffs

This classic chocolate dessert is a must try! 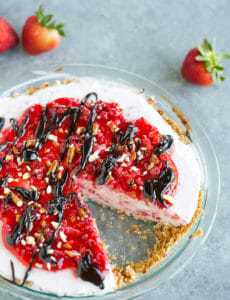 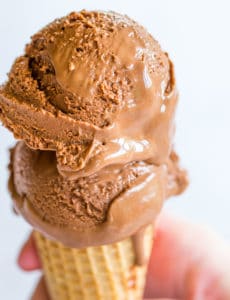 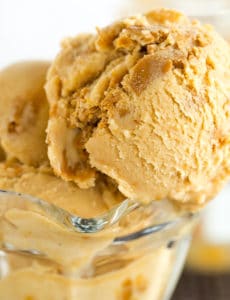