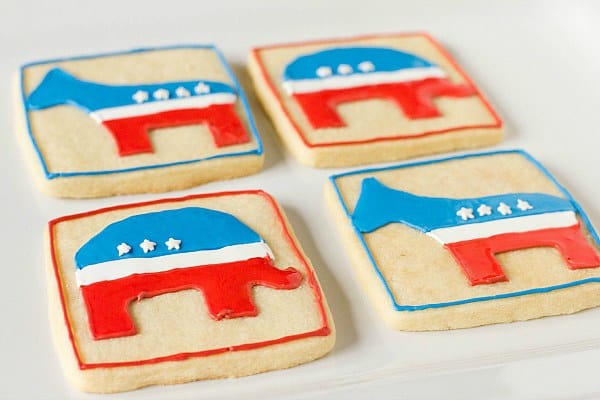 The U.S. presidential election is only four days away, so I thought it would be fun to decorate some sugar cookies in the name of patriotism. I decorated a batch of cookies in equal parts Republican elephant and Democratic donkey. If you’re planning on throwing an election-night party, these would be perfect for dessert. You could take your own informal poll based on how many cookies of each have been eaten. Maybe you’d eat one in support of your own party… or maybe you’d like to bite the head off of the animal from the opposing party ;-) Cookies do tend to make people happy, so it’s probably best to have a batch or two around just in case things get tense! 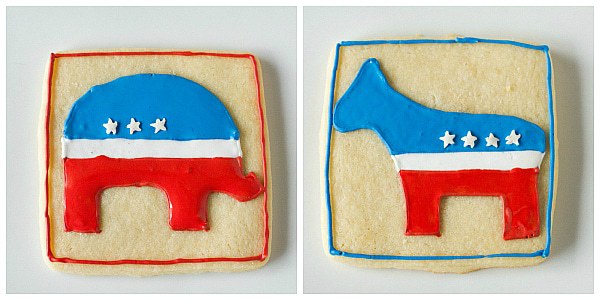 I never knew why these animals have long been associated with their respective political parties, so while I was in the middle of making these cookies, I decided to look it up and give myself a little history lesson. As it turns out, the Democratic donkey was the first of the two to arrive on the political scene and did so in 1828. During Andrew Jackson’s campaign, he was called a jackass by his opponents. He embraced this, and used the donkey on his campaign posters. A newspaper cartoonist, Thomas Nast, used the image in many of his cartoons and made it famous. The Republican elephant didn’t show up until 1874, when Nast drew a cartoon for Harper’s Weekly that portrayed a donkey dressed as a lion, scaring away animals at the zoo. One of the animals in the cartoon was an elephant labeled, “The Republican Vote.” Thus, the elephant became associated with the Republican party and has been ever since. So, there you have it! 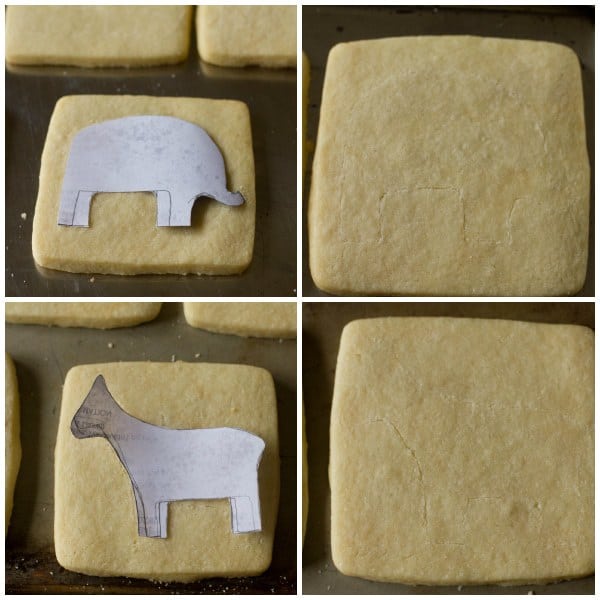 To make these cookies, I used my basic sugar cookie recipe and cut out large squares. To decorate, I found some images of the Republican elephant and Democratic donkey and scaled them down until they fit inside that square, cut them out and then traced around them on the cookie with a sharp paring knife. (Unfortunately, I found the actual cookie cutters online as I was looking for the images! I linked to them below since you may just want to get and use them.) From there I used royal icing to outline and flood the shapes, then put the finishing touch on with star sprinkles. (See “Resources” below for all of the recipes and products used.)

Here’s to four more days of avoiding phone calls, annoying television ads, and secretly loathing half of your friends on Facebook. Soon life will return to normal and we can all go back to eating cookies and being happy :) 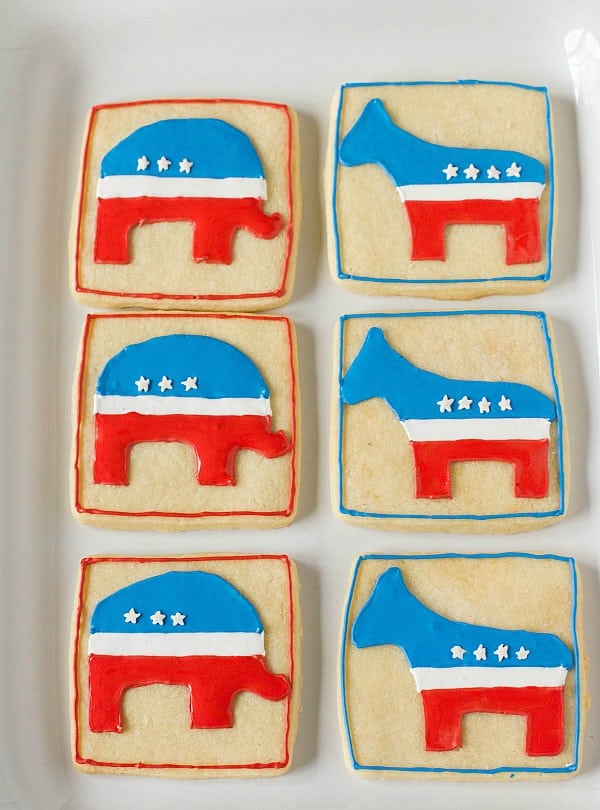 P.S. You won’t get me to spill the beans about who I’m voting for. My grandfather, an Italian immigrant, never disclosed who he cast his vote for, not even to my grandma. When they’d press him, he’d proudly say, “It’s my right as a United States citizen to cast a secret ballot, and I’m exercising my right,” and he never did tell. I’m playing my grandpap’s card here :)

One year ago: Macaroni & Cheese Casserole
Two years ago: How to Afford Le Creuset Cookware on a Budget
Five years ago: Peanut Butter Doggie Bones 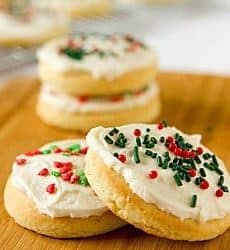 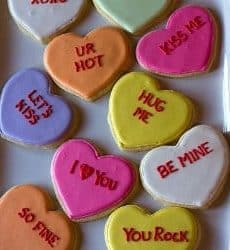 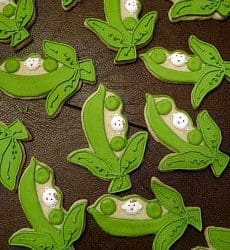