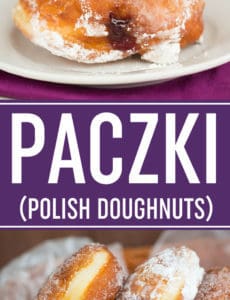 These Polish doughnuts are easy and so delicious! Fill with your favorite fruit preserve and roll in sugar, then serve on Paczki Day (i.e. Fat Tuesday). 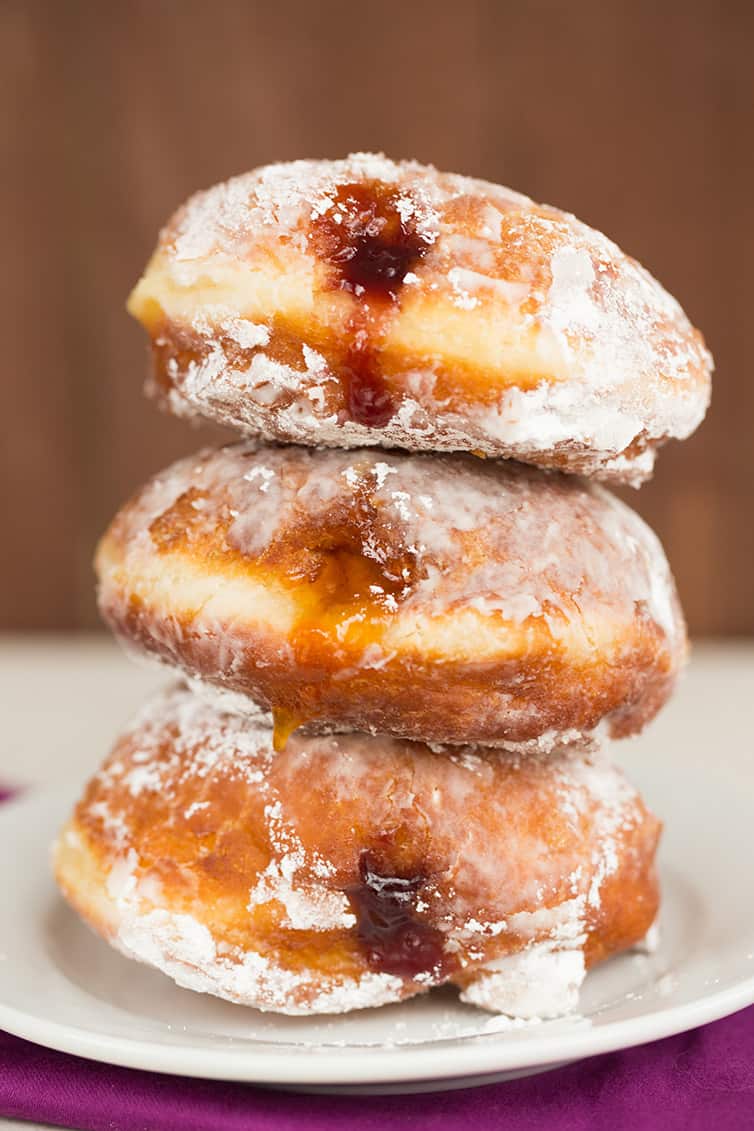 I first heard of paczki last year around the beginning of Lent, and noticed them at the grocery store around the same time. I did a little digging and found that they are Polish pastries similar to jelly doughnuts and that they are traditionally made and eaten on Fat Tuesday and Fat Thursday, which I didn’t even know existed!

Apparently, Fat Thursday is a traditional Christian feast marking the last Thursday before Lent. Traditionally, it is a day dedicated to eating, when people meet with friends and family to eat large quantities of sweets, cakes and other meals forbidden during Lent. I couldn’t really find anything that spelled out a discernible difference between Fat Tuesday and Fat Thursday, except that it seems certain regions and religions tend to celebrate one or the other. The concept is definitely the same – indulge as much as possible right before Lent!

Now, back to the paczki… The difference between these and a basic doughnut is that paczki are made with a very rich, sweet yeast dough consisting of eggs, butter and milk. Sort of like a brioche doughnut, only better, if you can imagine! 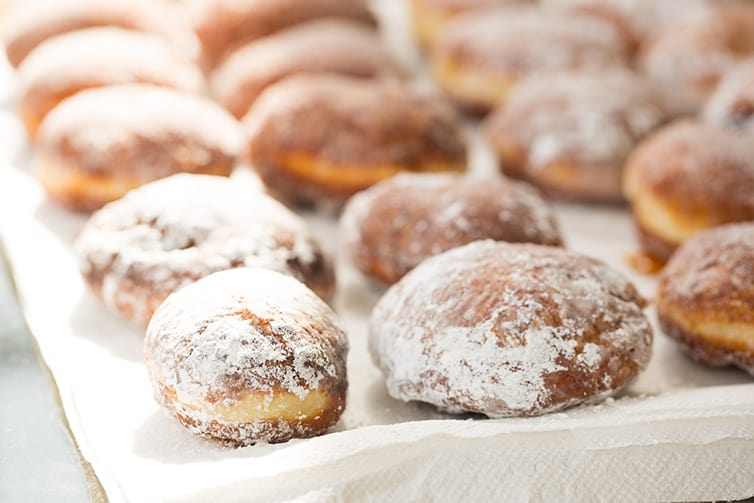 I made a mental note of paczki last year and definitely wanted to make them when the time rolled around again, and here we are!

Tomorrow is Fat Thursday and Fat Tuesday is just around the corner. Let’s get frying! 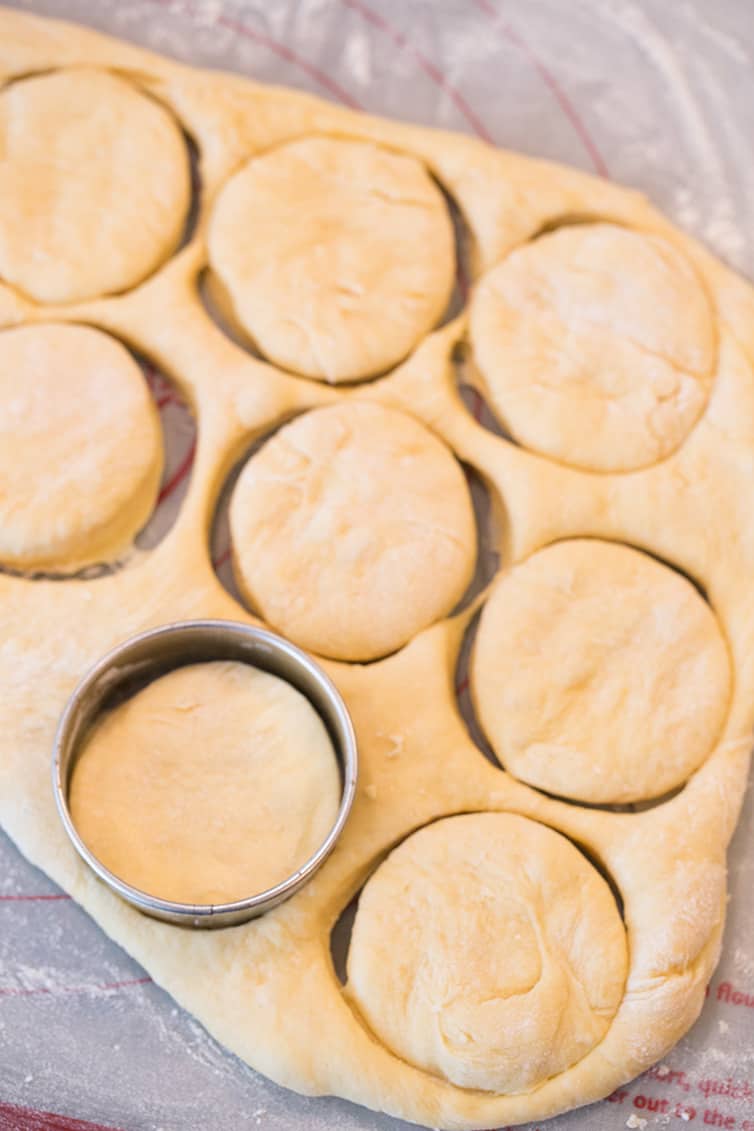 When I started to poke around for recipes, I called my grandma (who is 100% Polish) to see if she had a recipe for paczki. Sadly, she did not, but said that her mom used to make them.

Bummed, I started Googling “paczki recipe” and then got smart and revised it to “grandma’s paczki recipe”. I wanted something really authentic and I found more than a handful of recipes originating with someone’s grandma. While all of the ingredients were the same, the quantities and methods varied from recipe to recipe, so I hacked together what I thought sounded delicious and started on my way. 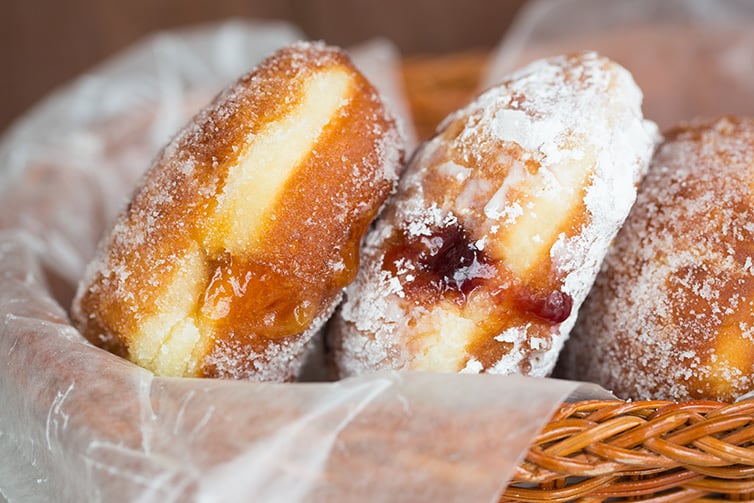 The most traditional paczki recipes call for filling the doughnuts with fruit preserves or prune butter, while others said their grandma never used a filling. Some say they must be rolled in powdered sugar, while others say they had always been rolled in granulated sugar. 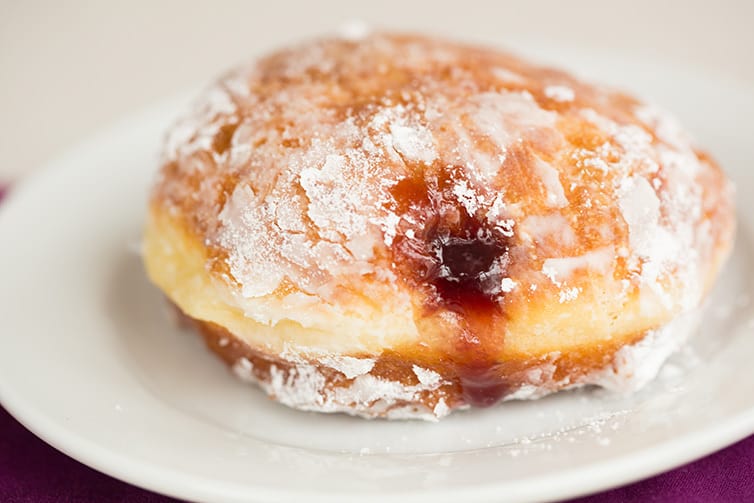 My husband and I taste tested all of them and both came to the conclusion that the unfilled ones rolled in granulated sugar were the bee’s knees. Jelly doughnuts were never my thing, so I wasn’t surprised that I preferred the unfilled ones. As for the sugar coating, both tasted good, but I love the crunch of granulated sugar on the outside of a doughnut. So hard to beat it!

If you’re planning to celebrate Fat Thursday tomorrow, or Fat Tuesday next week, you neeeeeed to make paczki part of your menu! 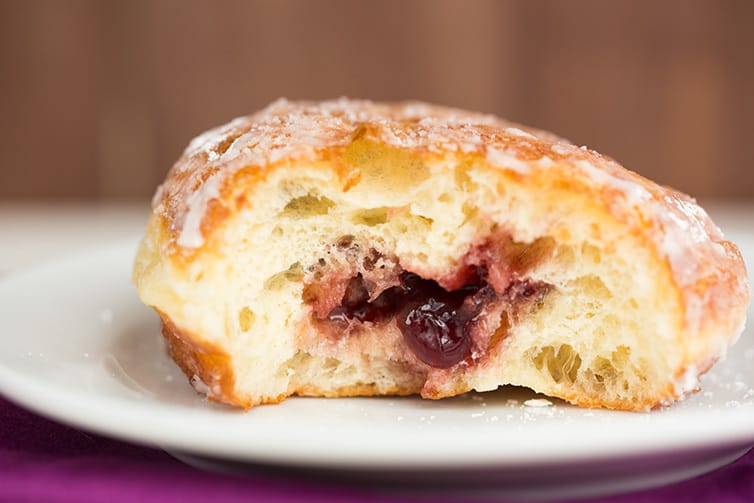 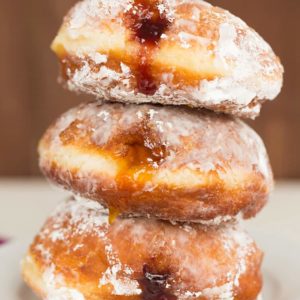