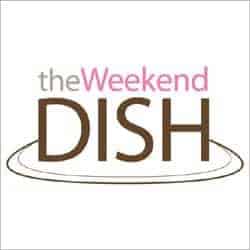 Happy November everyone! Wow, impossible to believe that Thanksgiving is less than a few weeks away. But holy crap, there is already tons of Christmas stuff in the stores! In fact, I went to Target last Sunday (on Halloween) and all of their holiday stuff was already out. Nuts! There are some snowflakes in the forecast for the next day or so. No accumulation, but hopefully I’ll  see some flurries. Love the snow :) Turning the clocks back this weekend; eek, not looking forward to the early darkness! Don’t forget to change them tonight!

As always, you’ll find a recap of what was posted to the site this week as well as some bookmarked recipes from other blogs. Then, some random musings about some random stuff. Enjoy!

On Brown Eyed Baker This Week

Pumpkin Cheesecake – A great alternative for a pumpkin dessert on Thanksgiving. The gingersnap crust is a great base for the pumpkin and cream cheese!

Thanksgiving Prep: The Menu – An intro to planning your holiday meal – putting together the menu!

What I Bookmarked This Week

Buttermilk Crescents (A Little Bit of Everything)
These must be a million times better than the crescent rolls from a tube! A great recipe to serve with your holiday meal.

Cranberry Orange Cinnamon Rolls (Two Peas and Their Pod)
I adore cinnamon rolls, and the combination of orange and cranberries. I have no doubt these rolls are every bit as fabulous as they sound!

Cream Biscuits with Prosciutto & Parmesan Cheese (Cookin’ Canuck)
I love biscuits. And I positively love anything with prosciutto. It’s the Italian girl in me :)  I would like a dozen of these all for myself please!

Peanut Butter Cookie and Cream Cheese “Candy” Bars (Picky Palate)
Peanut butter cookie dough, a cream cheese layer, and chopped up candy bars. I can’t even fathom how delicious this is. Can’t wait to make this recipe, and will definitely be using peanut butter cups, or Snickers, or both!

Walnut Maple Bars with Shortbread Crust (Baking Bites)
These bars look and sound like everything that is wonderful about fall. Love the combo of maple and walnuts. And shortbread crust? Yum!

1. Were the Pens possessed by the Flyers this week? 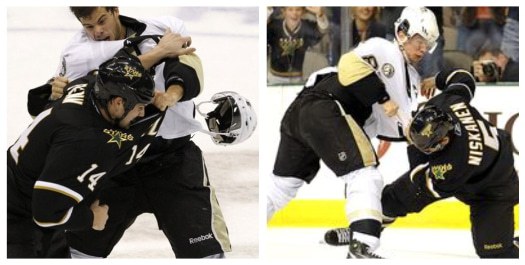 Four fights against the Dallas Stars on Wednesday night. Kennedy, Kunitz, Letang and Sid all dropped the gloves. Letang didn’t throw a punch (thankfully) – he has a hand injury already and should have just left his gloves on. And Sid?! I think this was his 5th fight ever. Last year on Halloween night I was at the game against the Minnesota Wild, sitting 6 rows back, when Sid fought right in front of us. I know a lot of people don’t like when stars and captains fights (it’s not their role, injury risk, etc.), but I have to be honest – I appreciate Sid being so frustrated that he just wants to pummel someone.

Pens are about .500 right now (6-6-1), which is no bueno. And 0-27 on the power play is downright embarrassing. Hope they rock these last two games of the west coast road trip.

On a final note, poor Jordan Staal. I feel so bad for the kid. He was two days away from his first game back after getting his foot severed by a skate in the playoffs last year and then dealing with an infection over the summer. And what happened? He caught a puck in practice and broke his hand. Required surgery. He’s got to be so bummed; I sure would be. Word is he’ll be out 4 to 6 weeks. Can’t wait for him to finally get back. The team just isn’t the same without him.

2. Steelers got spooked at the Superdome. 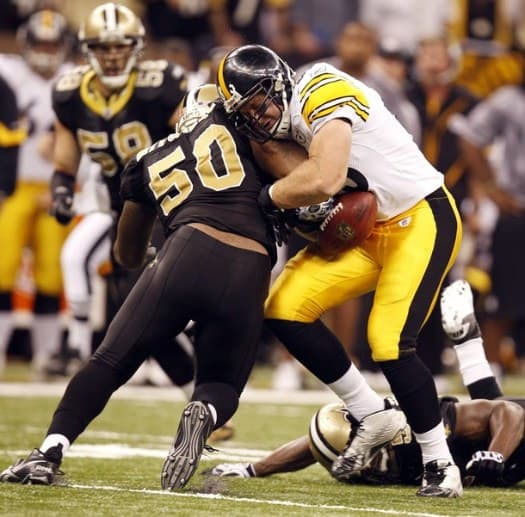 And there’s the fumble that sealed the deal. Watching the game, I was yelling “Heeaaaath” as Heath Miller rumbled down the field. Then that ball flew out. And the game was over. It wasn’t the only reason we lost, but I think if he had held onto that ball and we had scored, we had a really good shot at winning that game. Monday Night Football this week vs. the Bengals, woo division game!

Still two games up on the team below me, but looks like I might be without Antonio Gates this week. Hopefully either he plays or I can find a decent replacement!

4. Shopping. So, I went to Ross Park Mall (Pittsburghers, this is for you) this week for the first time in probably almost two years. And, well, um, I definitely feel like I am nowhere near rich enough to frequent that mall often. My friends and I would go there all the time in high school, but whoa has it become high class! Tiffany? Louis Vuitton? Burberry? And tons of other really high end stores. At least there’s still Williams Sonoma, and I hit up Macy’s for some new Bobbi Brown makeup. Woo.

5. Still reading Eat, Pray, Love. I’m slacking, still stuck in Italy. Hope to get through at least that part by the end of next week!

Alright folks, have a great weekend! Don’t forget to turn your clocks back on Saturday night, and… Let’s Go Pens! Go Steelers!

posted in The Weekend Dish
13 Comments » 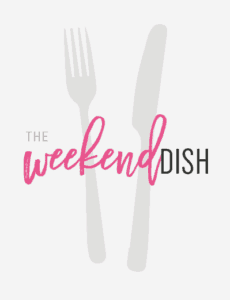