1. Welcome to the holiday version of Brown Eyed Baker! In case you read the blog primarily through email or an RSS reader, the logo got a little holiday makeover. Head on over to check it out! A great big thank you to the wonderfully talented Nicole Alesi for her fantastic illustrations!

2. I read an article in The Wall Street Journal last week about new gift-buying trends. It mentioned that many people buy themselves a Christmas present when shopping for others. Since I lust after no less than 10 pairs of boots every time I walk through Nordstrom at the mall, I thought this sounded like a fabulous idea. Then, I got my car serviced yesterday and found out that I need four new tires (large, SUV-size tires) before snow and sleet arrives in Pittsburgh. Which essentially means, buy new tires ASAP. Merry Christmas to me. Ugh.

3. Last Christmas, I started teaching Einstein the word “stocking”. By the time we took Christmas decorations down last year, he was pretty sure that “stocking” was something hanging on the fireplace that contained some seriously good treats. This year, when I took his stocking out he was super excited and now when you say, “Where’s your stocking?” he runs to the fireplace, sits underneath it, and looks up at the stocking. I’m obviously easily amused by my dog ;-)

4. I’m addicted to looking at super shiny, massive kitchens on Pinterest. It’s not helping my real-world perspective when it comes to house hunting. I mean, how could you want anything else after seeing something like this?! 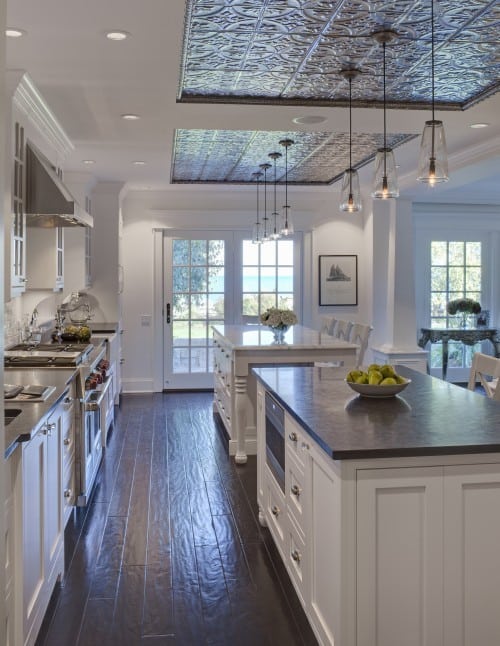 5. This week, I made lasagna for dinner. It was the first time EVER that I made a traditional lasagna. I’ve done mushroom lasagna and a spinach pasta lasagna, but the regular noodles, ricotta, red sauce and mozzarella lasagna was a first for me in the kitchen. I have no idea how that’s even possible. I deserve to have my Italian card revoked.

6. I’m not sure how many of you have SiriusXM satellite radio, but it never fails that when I listen to the ’90s alternative/grunge station, Lithium, in the morning, I feel like I’m listening to a soundtrack from my high school years. From Smashing Pumpkins, Offspring and Candlebox to Alice in Chains and more… it’s like I’m transported back to flannel shirts and can’t-miss episodes of My So-Called Life.

7. Earlier this week, I made a chocolate cake. A crazy delicious chocolate cake (don’t worry, I’ll be sharing it with you soon!). I’ve been tempted to eat a piece for breakfast on more than one occasion this week. Each time, I’ve talked myself down from the ledge. Then I remembered Bill Cosby’s famous “Chocolate Cake for Breakfast” bit, and will never again question my cake-for-breakfast desires ;-)

8. Last weekend, we took full advantage of the spring-like weather to do the outdoor Christmas decorations. I went web light-crazy, also threw in lit garland for around the front door, and a pre-lit reindeer (naturally). I blew two fuses in three days. I feel like Clark Griswold.

9. We need to talk TV. First of all, the Boardwalk Empire finale was awesome. I won’t ruin it for anyone who has it DVR’ed, but I rejoiced at the end! Also, how crazy good is Homeland? Now that I’m caught up, I can’t get enough and am totally disappointed when an episode ends. Quite possibly the best show I’ve seen in years. I just heard that The Office is done after this season. I’m not totally surprised since it just hasn’t been the same since Steve Carell left the show. Finally, I can’t believe that American Chopper is actually over! I only got into the show over the last few years, but I’m totally bummed that it’s cancelled. I wanted more! With those shows done, Boardwalk Empire done for the season, only a couple more episodes of Homeland, and still no hockey (fingers crossed) I have no idea what I’ll watch! Maybe I’ll read a good book :)

10. TGIF! Chopping down a Christmas tree this weekend? Here’s your helper! (GAH! The cuteness!) 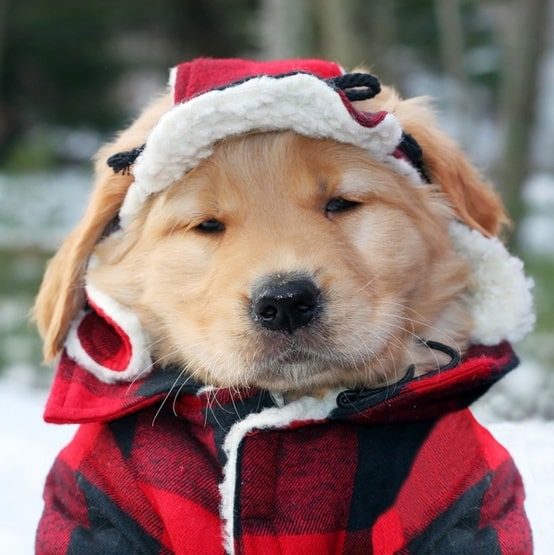