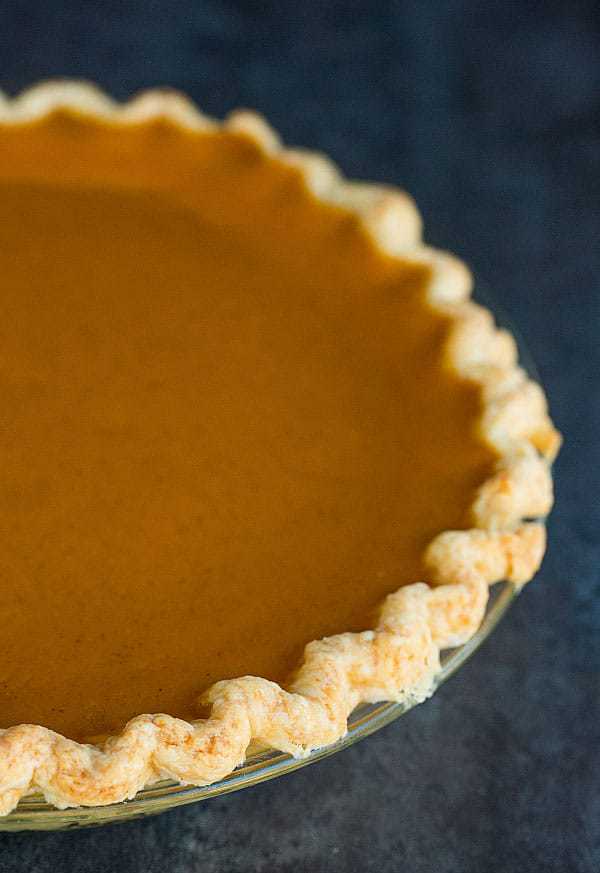 [This recipe was originally posted in 2010, and it remains my favorite pumpkin pie recipe to this day. I’ve made it more than a half dozen times since first sharing it with you, and I thought it deserved some photo upgrades. I also didn’t include a crust recipe the last time around, so I have updated the recipe to include my favorite pie crust, as well. Happy Pie Baking!]

Pumpkin pie is THE quintessential Thanksgiving dessert, am I right? It’s rare to find a house that doesn’t serve at least one, if for no other reason than “it’s Thanksgiving, you have to have pumpkin pie”. I am a huge pie person (and an even bigger pie crust person), but truth be told, pumpkin has never been one of my favorites. I will eat it, for sure (I’m not totally crazy), but it just never did much for me… until I found this recipe. While the flavor isn’t too dramatically different than most recipes, it has some extra oomph, and the texture is far superior to any pumpkin pie I’ve ever tasted. It’s silky smooth, creamy, and has an incredibly clean, slightly spicy pumpkin flavor. 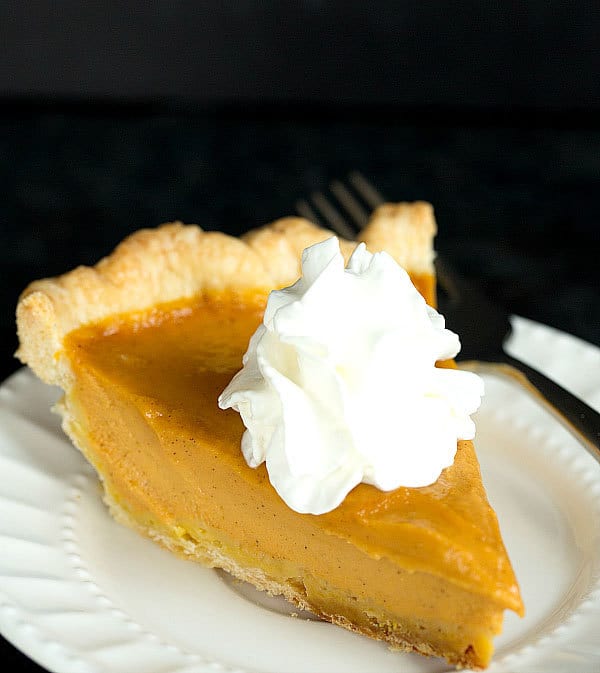 This recipe definitely differs from that old familiar one on the back of the can of pumpkin. While it’s a bit more involved as far as prep goes, I think the payoff is well worth the extra effort. Below are a few notes on how the different ingredients and techniques impact the pie:

So, there you have it. This is a little bit of a spin on traditional pumpkin pie, but it’s definitely a notch above, in my opinion. This will certainly become my standard pumpkin pie from now on! 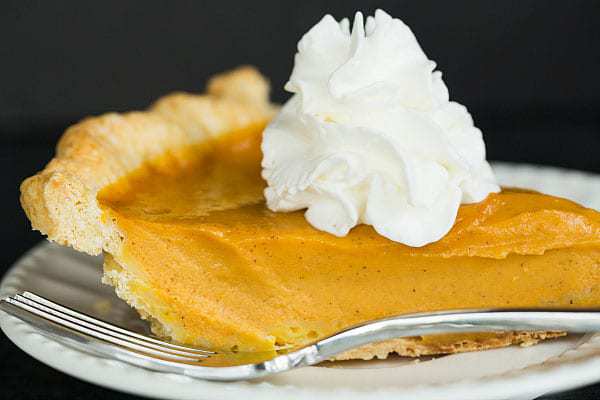 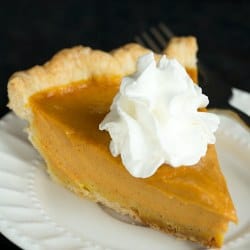 Print
4.6 from 5 votes
Did you make this recipe?
Leave a review »

For the Pie Crust:

For the Pie Filling: 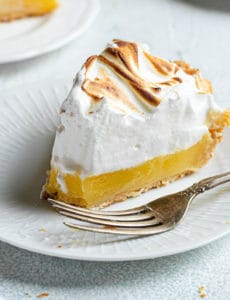 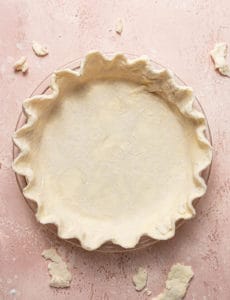 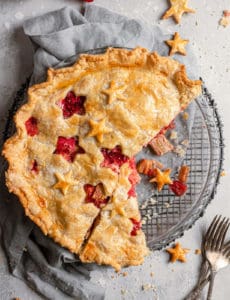