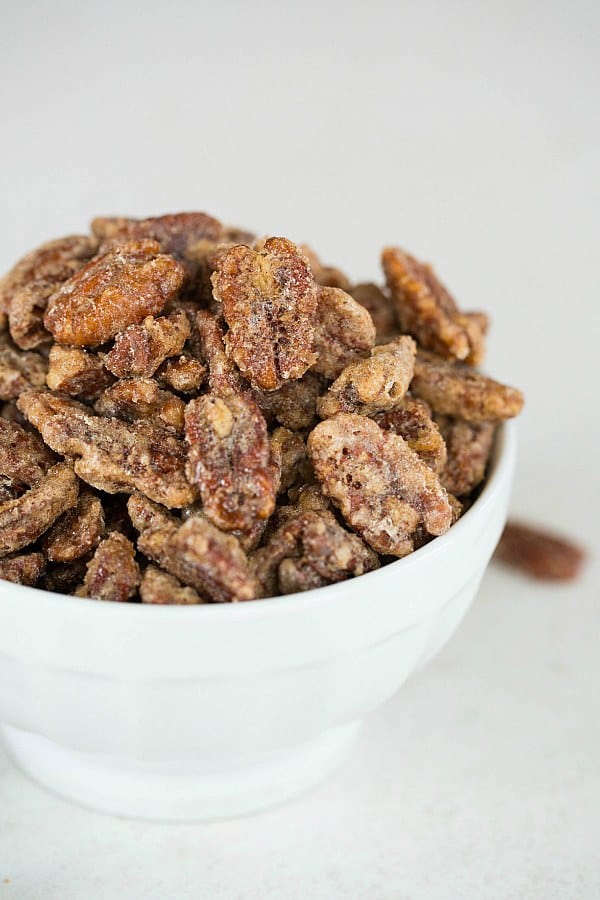 True story: I made a new recipe for a big batch of dinner rolls that I was super excited to share with you, except… I didn’t like them. Boo hiss. They tasted rather bland and I wasn’t a huge fan of the texture. I’m always bummed when something turns out less than spectacular, especially when it’s something like yeast bread, which takes some time and effort.

To make myself feel better, I made something that only took 5 minutes, was absolutely delicious and insanely addicting. These candied pecans are more than worthy of sharing, in fact, I urge you to make these immediately. Put them on the appetizer and desserts tables for Thanksgiving, throw them in your salad, put them in jars for Christmas gifts, eat them by the handful… just make sure you have a good hiding place for them, because once you start eating them, you won’t be able to stop!

How to Make Cinnamon-Sugar Candied Pecans: 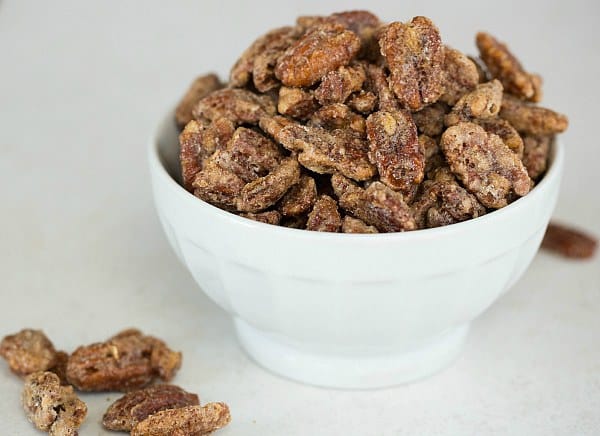 While I’ve seen candied nut recipes that require actual candy-making, i.e. using a candy thermometer and being very precise, these cinnamon-sugar pecans couldn’t have been easier. Simply coat the nuts in a mixture of egg whites, water and vanilla extract, then toss them into a cinnamon-sugar mixture, spread them onto a baking sheet and let the oven do the work. Do your best to let them to cool to room temperature before eating, serving or storing, but if you can go that long without snagging a few off of the baking sheet, you have more willpower than I do!

It’s a wonderful thing when a failure opens the door to something sinfully delicious, isn’t it?! 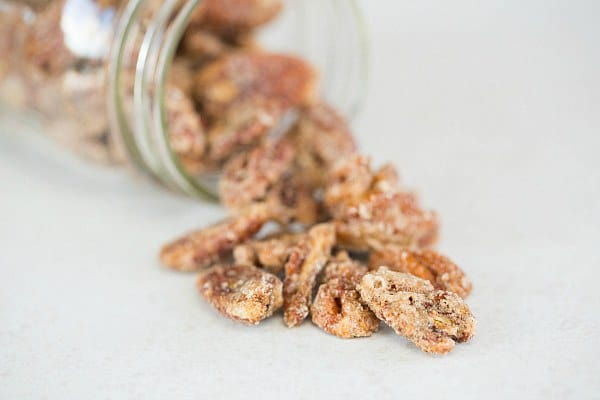 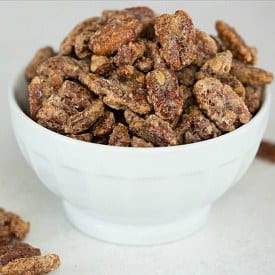 Note: This recipe can be made with a variety of nuts, not just pecans. Feel free to change it up and use walnuts, almonds, pecans or a mix of your favorites. Nutritional values are based on one serving 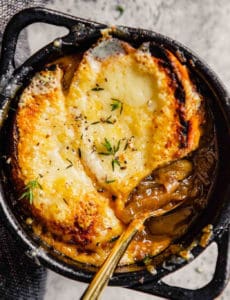 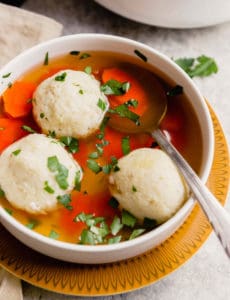 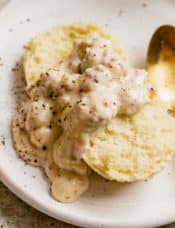 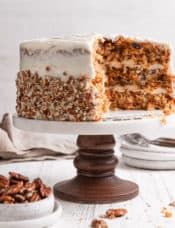