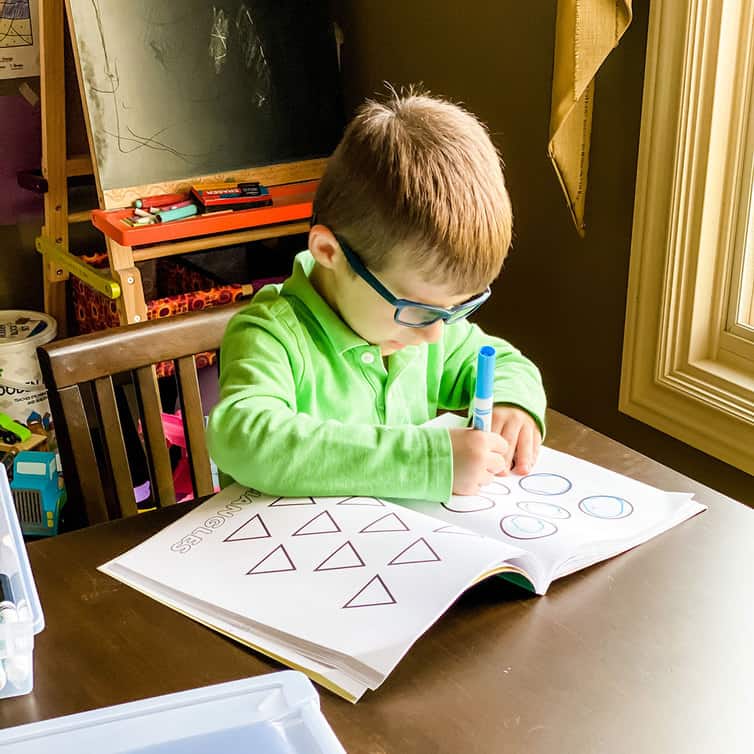 1. Dominic loves school and earlier this week dug out a coloring book with numbers, letters, and shapes and said he was going to practice. Fifteen minutes later, I found him at the table in the playroom, focusing so hard on tracing circles. I could just scoop him up!

2. Isabelle’s new game is to “hide” under the table and then call out for someone to take her picture 😂 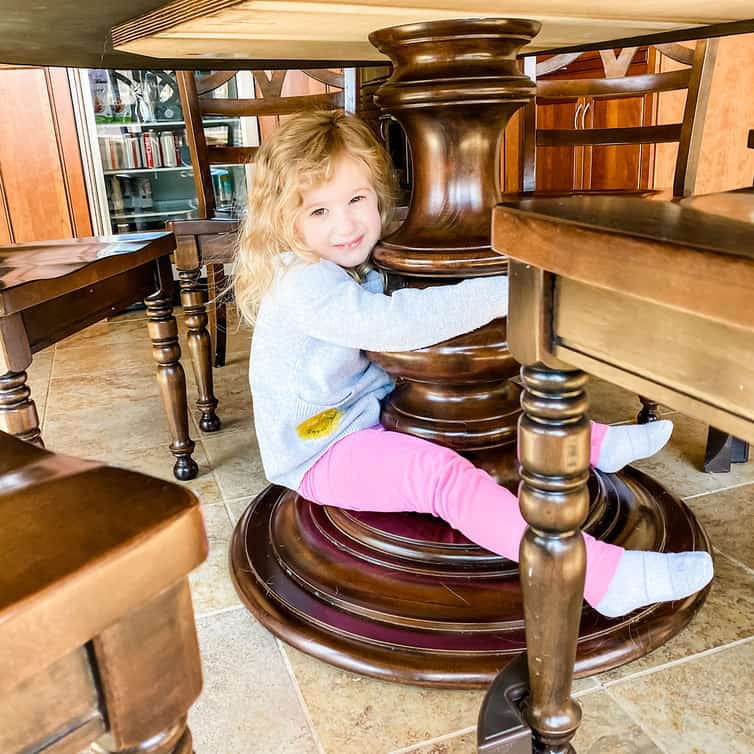 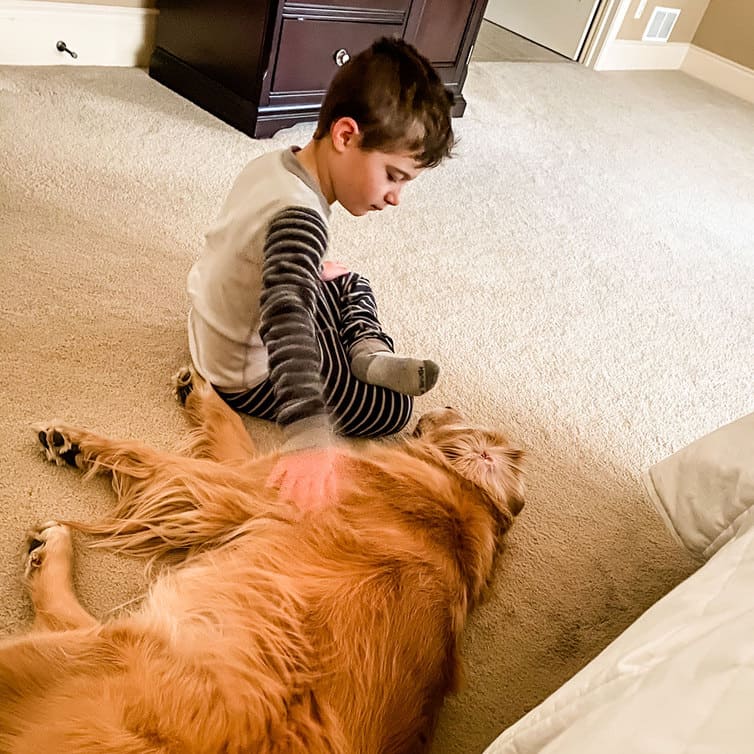 4. Is anyone else still feeling out of sorts from daylight savings? It’s so nice for it to be light after dinnertime, but boy oh boy, waking up in pitch darkness is not my favorite. Isabelle has slept a little later than usual this week, but the boys have been getting up at their usual (early) time. I swear my kids will wake up at the same (early) time every single day no matter how late they go to bed (see: Christmas, 4th of July, etc.). I often wonder how old they’ll be when they sleep until, like, 8am 😜

5. But! We’ve been having little glimpses of spring-like weather and it’s absolutely glorious to be able to head out for a family dog walk and not have to get everyone bundled up first!

6. Who has made the BEB bake-along recipe for March? If you missed it, check out the meringue cookies!

7. I had never heard of the “six-spoke” theory and it totally intrigued me >> How To Fight the Feeling There’s Never Enough Time

8. As my babies have turned into toddlers, preschoolers, and little kids, this is such a beautiful reminder >> They Tell You to Hold the Baby

9. Totally obsessed with this refrigerator full of prepped produce 😍

10. TGIF! Our distinguished gentleman wishes you a happy weekend! 💙 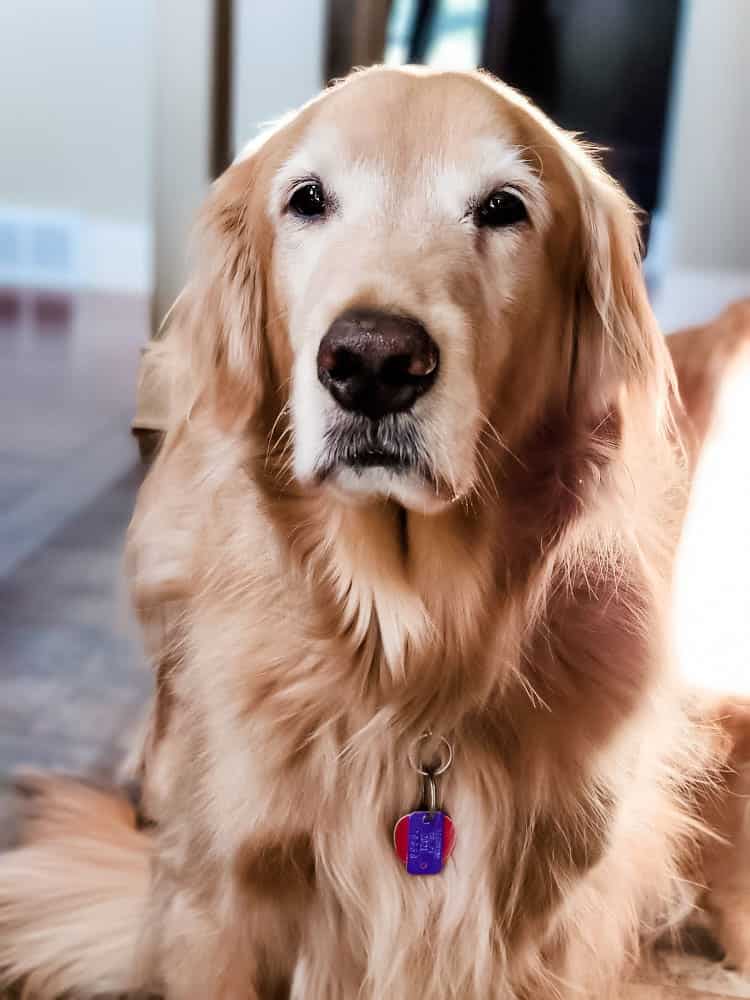