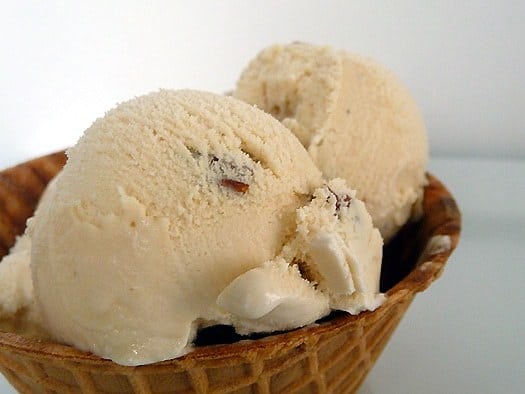 I’m continuing my celebration of National Ice Cream Month with a flavor that most would consider a classic and is found on the menu of just about every ice cream stand in towns both large and small. Butter Pecan was never a flavor I chose over other classics such as vanilla, chocolate, or cookies and cream, but it has always been a big favorite in my family – my mom and grandma both do back flips for great butter pecan ice cream. When thinking about what new flavor I could churn up for this week’s ice cream recipe, my Chief Culinary Consultant gave me some great ideas, including butter pecan. Smooth and creamy, the flavor reminiscent of melted toffee and just when you think it might be too sweet you get the contrasting crunch of toasted pecans. Perfection. 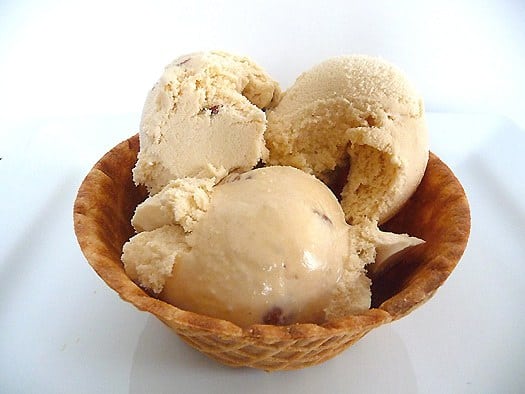 Perhaps because I have been under the weather this week and in the throes of a fever, after the ice cream was done churning, I licked the dasher and immediately thought, “This would make a fabulous ice cream float… with bourbon.” WHAT? Where did that come from?? I’m not a big drinker and I don’t know that I’ve ever even HAD bourbon. I definitely think it was the fever talking. But you know – butter, pecans, Southern flavors – for some reason bourbon just popped into my head. So I give to you the Butter Pecan Bourbon Float. No, I didn’t eat all of this, but I did try it and wow – the flavors are incredible together. This would be great for some grown-up parties. After all, who doesn’t love a good ice cream float? 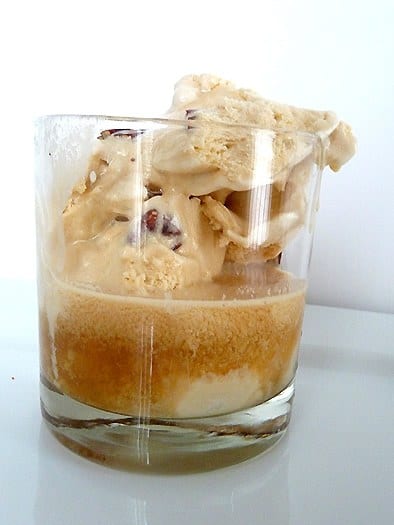 I have entered this ice cream in the Ice Cream Social Challenge being hosted by ScottySnacks, SavortheThyme and Tangled Noodle. If you’ve made ice cream this month head on over and take part in the social to celebrate National Ice Cream Month! 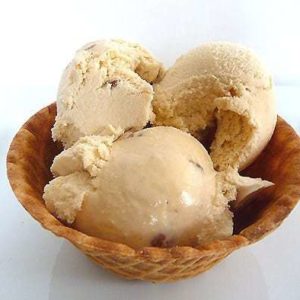