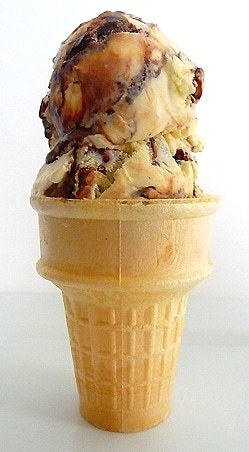 Imagine the most perfect vanilla ice cream. Now layer it with a rich fudge sauce. Then mix in chocolate covered peanuts. Now stop imagining and go make this Tin Roof ice cream. Right.Now.  For someone who loves nothing more than the sweet symphony of flavors that the combination of chocolate and peanuts mixed together provide, this is the ultimate treat. The traditional Tin Roof Sundae consists of vanilla ice cream topped with Spanish peanuts and chocolate sauce, and this ice cream mimics the old-fashioned sundae perfectly. The combination of sweet ice cream and fudge sauce with the saltiness of the peanuts is wonderful. Note that the recipe calls for unsalted peanuts, but I love the sweet/salty combo so I went for the salted peanuts, and am so glad I did – I love the contrasting flavor that they provide. 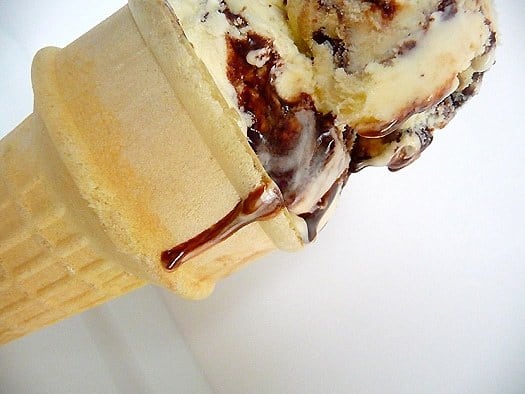 This recipe, although consisting of three components, is really simple to put together. The milk and vanilla bean mixture steeps for 30 minutes and in that that time I was able to make both the chocolate-covered peanuts and fudge ripple. Super easy! I made David Lebovitz’s Philadelphia-style vanilla ice cream (no eggs) back in the winter and thought it was fabulous, but the vanilla ice cream in this recipe… WOW. Quite possibly the best vanilla I have ever tasted. I think I said that about the chocolate ice cream last week to, but both are so true! It took quite a bit of restraint not to just dive in to the freezer bowl with a spoon when it was done churning. I did, however, make sure the dasher was clean before going into the sink! Oh, and those chocolate-covered peanuts? Totally addicting as well. Needless to say, this is a must try. It has to be – it’s on the cover of the book! 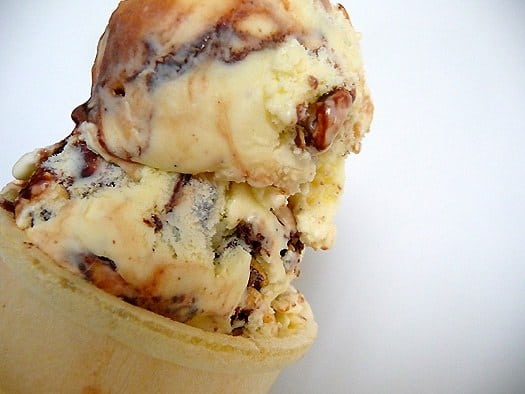 So far I have celebrated July being National Ice Cream Month with Pistachio Gelato, Chocolate Ice Cream, and now the Tin Roof Ice Cream. As promised, I’m bringing you a new ice cream recipe each Friday during July and we still have two remaining! So tell me… what types of ice cream would you like to see featured here in the last two weeks? Any favorite flavors, add-ins, recipes?

I have entered this ice cream in the Ice Cream Social Challenge being hosted by ScottySnacks, SavortheThyme and Tangled Noodle. If you’ve made ice cream this month head on over and take part in the social to celebrate National Ice Cream Month! 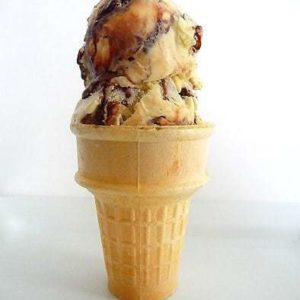 For the Chocolate-Covered Peanuts:

For the Fudge Ripple:

To make the Fudge Ripple:

« Previous PostVolume vs. Weight in Baking: Why you should weigh your ingredients
Next Post » Butter Pecan Ice Cream