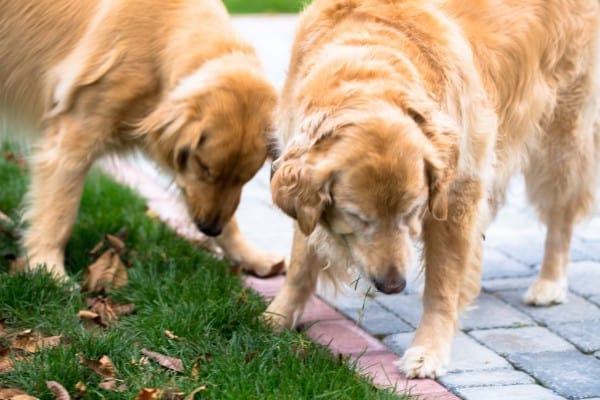 1. Einstein and Duke have had an eventful week… On Saturday evening, we were watching TV on the couch when Duke started chasing his tail behind the couch (not unusual, he does it all the time). All of a sudden, he started crying and we ran back there and wouldn’t put weight on his leg. To make a long story short, we freaked out, drove to the emergency vet, got out, and he was FINE. Took him to our regular vet this week and he appears to be in just fine shape – no damage done. They gave him some anti-inflammatory meds and think he just may have twisted or sprained something.

We brought both of them to the vet appointment this week so we could get Einstein weighed since he was put on a diet a couple of months ago. He’s lost 6 pounds! The vet still said he could stand to lose a few more, but he’s looking slimmer, and we’ve noticed he’s much more playful and spunky since dropping the weight. Ironically, Duke GAINED 6 pounds, so now Einstien is actually only 4 pounds heavier than Duke. It’s crazy since their builds are so different; plus, Einstien has such a curly/fluffy coat that I think it naturally makes him look bigger.

2. Before Duke decided to give us a heart attack on Saturday, my Chief Culinary Consultant and I spent the better part of Friday and Saturday working on our baby registry. It was exhausting, but fun. It was exciting to pick out sheet sets and start to envision a little guy using all of this stuff!

3. Speaking of baby, I’ve started to brainstorm of list of things that I want to get stocked in the freezer before the baby arrives to make meals easier for the first few weeks. For those of you who have been there, what’s most helpful to have in the freezer? Suggestions are definitely welcome!

4. This fall has been awesome when it comes to new cookbooks from food bloggers! If you haven’t checked them out yet, definitely add these to your list: Decorating Cookies Party (Bake at 350), Joy the Baker Homemade Decadence (Joy the Baker), Seriously Delish (How Sweet It Is), and The Skinnytaste Cookbook.

5. A couple of days ago, Harry & David tweeted a picture of this four-pound solid chocolate turkey and I almost died. I would pass up the real turkey at Thanksgiving dinner for that chocolate one any day of the week.

6. Last Friday, my new iPhone 6 Plus showed up! When I first opened it, I had a split second of “OMG, what did I do? This phone is HUGE!” However, after playing around with it for a little while, I fell absolutely in love with it. Now, to find a great case for it because I’m terrified that I’m going to drop and shatter it… it’s quite a bit thinner than previous models. I’ve been using an Otterbox Defender with my previous phones, but since this one is larger, I’m wondering if it’ll make it too bulky. However, you can’t beat the protection – I’ve dropped my previous phone in parking lots and on ceramic tile, and it survived a Golden Retriever puppy who has a certain affinity for that bright pink Otterbox case!

7. Do any of you ladies subscribe to the Dollar Shave Club? I’ve seen a ton of female friends like it on Facebook, but I’m slightly skeptical! However, I also hate paying for ladies’ razors that only do an adequate job at best.

8. Last night was the start of hockey season here in Pittsburgh, and I was determined to make it to the home opener this year for a few reasons. One, it’s my most favorite game of the year – new beginnings! Two, it might be the only game I actually get to this season given that I’m getting bigger by the day and once January rolls around, we’ll have a newborn. I was also excited to see Pittsburgh native John Gibson as the starting goalie for Anaheim. PLUS, soft pretzel braid. Enough said.

9. In case you missed it, I’m giving away an awesome new Crock-Pot Slow Cooker this week – it has a stovetop-safe cooking insert, which means no more dirtying multiple pots to get a meal ready for the slow cooker! If you haven’t done so yet, be sure to enter the giveaway before midnight tonight! 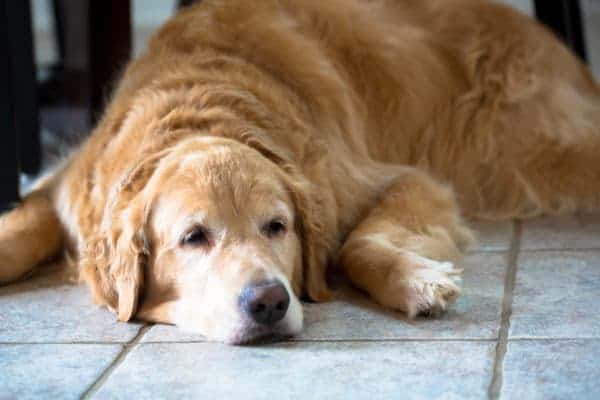