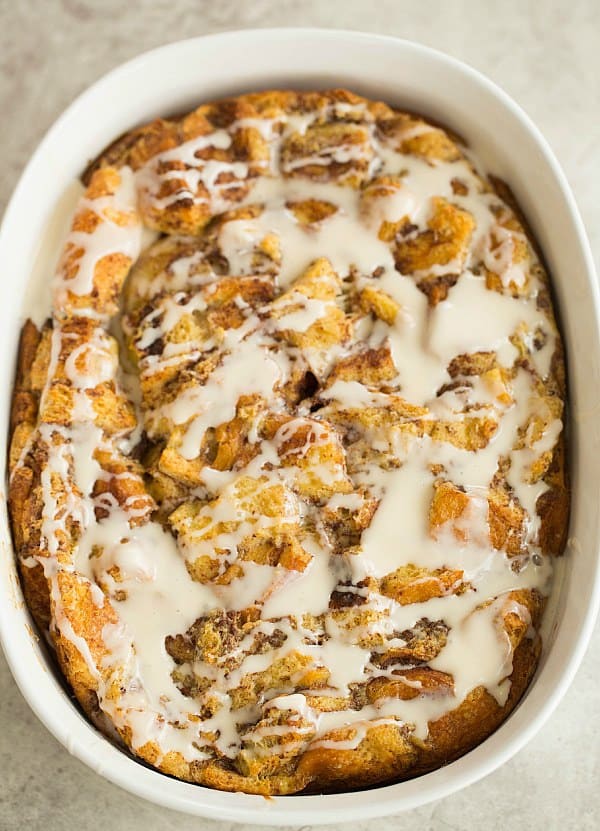 While most Valentine’s Day food is centered around extravagant dinners and indulgent desserts, I think breakfast deserves a fair shake. Often times, how our morning gets started sets the tone for how the rest the day develops. What better way to start off your Valentine’s Day than with a warm, soul-satisfying breakfast? 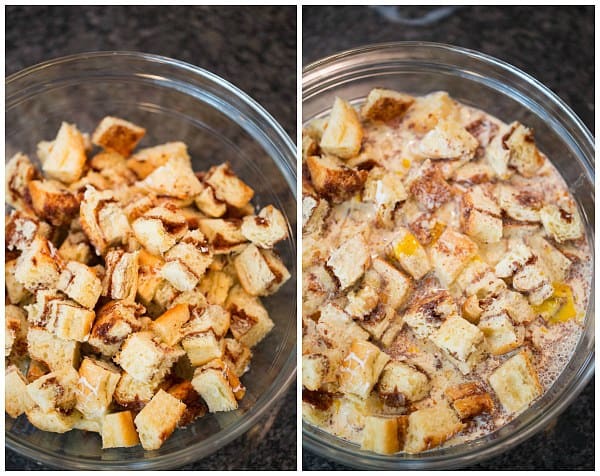 This recipe was inspired by a very similar one over at The Cozy Apron – using cinnamon rolls in place of bread for a bread pudding is simply genius! I went with that idea and adapted my very favorite bread pudding recipe [bourbon bread pudding], omitting the booze and giving it a cinnamon roll makeover. Simply put, this is phenomenal. 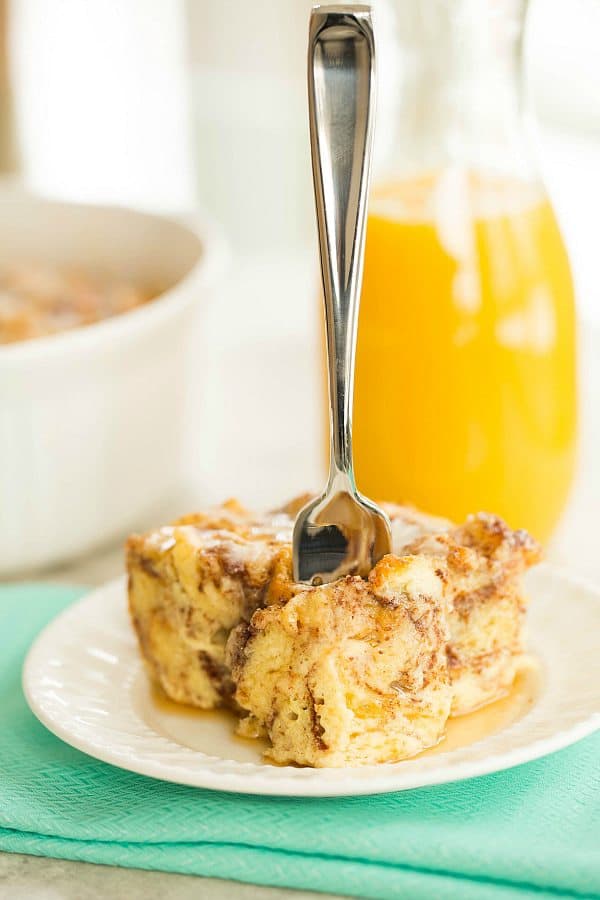 You could go all-in and make the cinnamon rolls from scratch, or you can use your favorite store-bought ones. The key is to leave them out to get a little stale, so that they soak up all of that good custard. I am also begging you not to skip the icing. It only takes about a minute to whisk together and really puts the finishing touch on this breakfast. I went ahead and added a drizzle of maple syrup, as well, because… why not?!

If I were passing out Valentines tomorrow, I would be dropping one in each of your decorated shoeboxes! I hope you have a wonderful day filled with love! xo 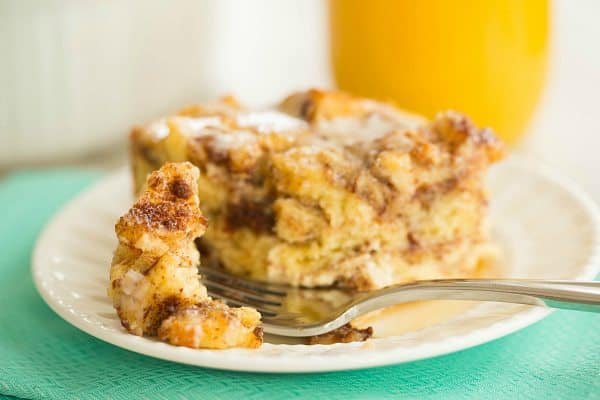 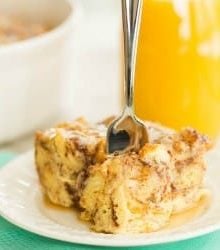 For the Bread Pudding: