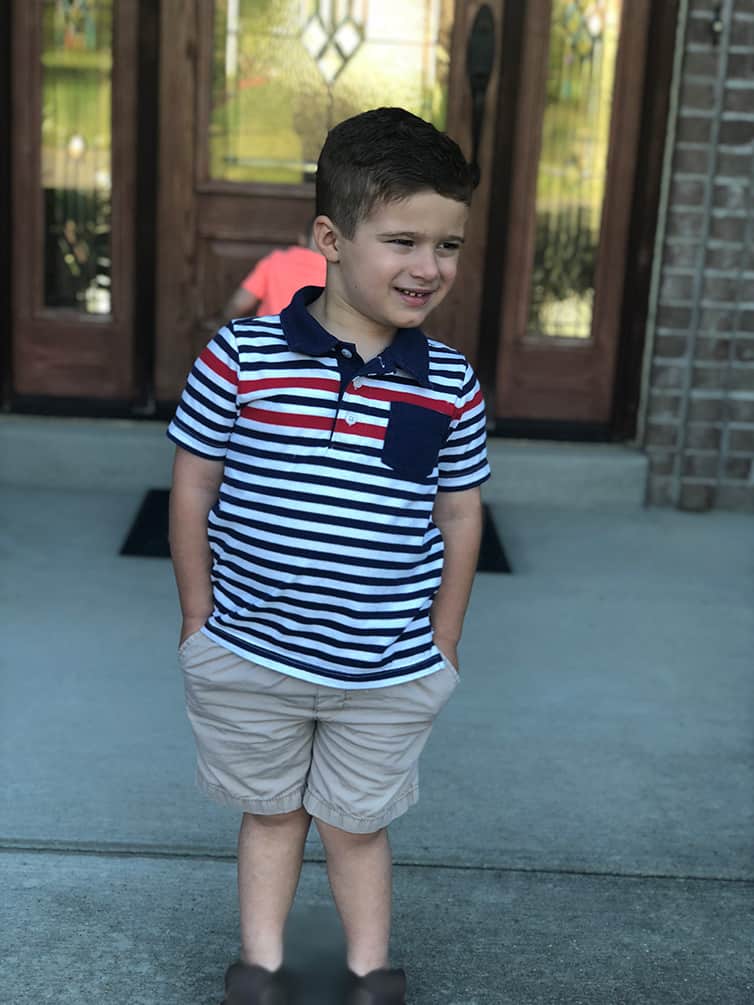 1. Joseph started preschool this week! While this is the first year of “official” preschool, we did send him last year to the program for 2.5 year olds, so he already has a year under his belt. This year he goes three days instead of two and for an additional half hour. His first day this week was just one hour and a parent stayed the whole time, as a way for the kids to get acclimated. There are seven kids from his class last year in this class, so I was thrilled that he would have old friends that are familiar. When it was time to sit on the carpet for a story, the group of them all clustered together in one corner like old buddies, it was so cute :) He did SO much growing and maturing last year, so I’m excited to see all of the things he’ll learn and experience in school this year! 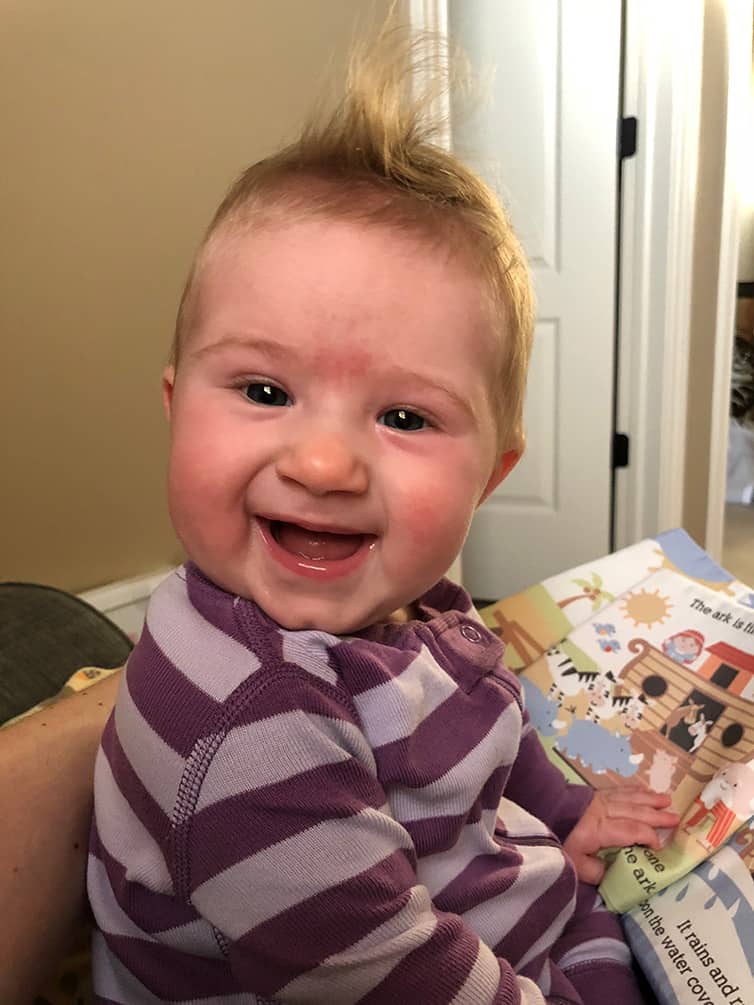 2. Yesterday Isabelle turned 5 months old! I have no words for how insanely fast the time has gone since she was born. I mean, I feel like I was just waddling around with a baby squirming inside of my belly no less than two weeks ago. And yet, it feels like she has always been a part of our family. So crazy how that feels, isn’t it? She is babbling and giggling, rocking her activity jumper, working on sitting up (still assisted), and seems to be working on a first tooth – so much drool and smacking gums and trying to eat both of her hands at the same time lol. She continues to be such a sweet and easy going baby. She goes to sleep most nights by 7/7:30 and some nights she wakes up somewhere in the 2-5am window, and other nights will sleep a solid 11-12 hours straight through. 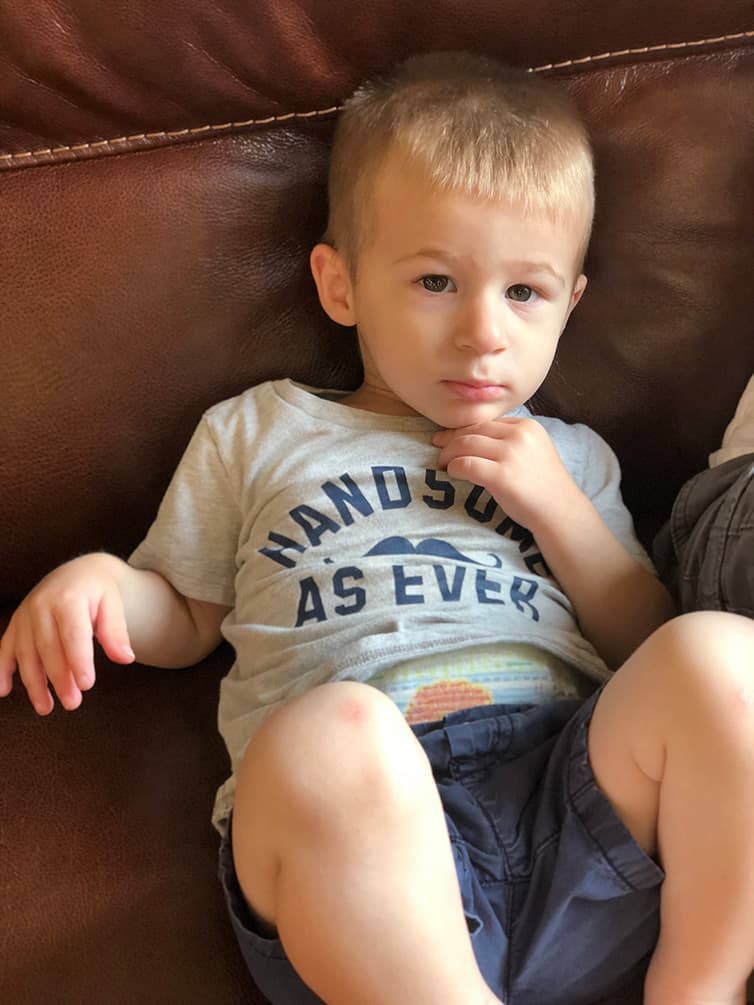 3. Dominic seems so grown up lately, talking and understanding so much. Also, I think we’ve officially landed in terrible two territory. I vividly remember Joseph’s 15-month or 18-month checkup (not sure which!) and my husband and I gushed to the pediatrician about what a wonderfully happy toddler he was, just constant smiling, giggling and sheer joy. He told us to hold on to our hats because he predicted that by the time we returned for his 2-year checkup things would likely be different. We scoffed at it because of course our wonderfully happy child would stay that way. HA. Joke was on us. Our pediatrician was so right. In marched whining and tantrums before his second birthday. We’re less than a month away from Dominic’s 2nd birthday and we’re having some serious deja vu right now, haaaaaaaaaa.

(Also, why do my boys now look like teenagers in pictures??!)

4. I still have a lot of Joseph’s artwork and school projects from last year hanging up in the kitchen and stashed in the office, and I’d like to find a permanent home for them. I’m eyeing up these storage boxes; do you have any awesome storage recommendations for things that you can’t possibly get rid of?

5. And on the flip side of long-term storage, I am still trying to purge, purge, purge! I read somewhere recently that a woman’s stress levels are directly proportional to the amount of clutter in the home. AMEN. I just cannot stand STUFF. It’s been a couple of years since I first did a major purge with the Konmari method, and I’ve started to go back through some areas of the house, and have found tons more stuff to sift away that does not get used. It feels so great to clear out space!

6. Football season is officially upon us, so whip up a batch of buffalo chicken dip for watching the game!

7. The site update is underway and should be live in a couple of months. I can’t wait to share all of the new and improved functionality with you!

8. Does anyone use a curling wand? I’ve been so tempted to get one but wonder if it’s as great as every tutorial I’ve seen make them out to be??

9. Who’s watching Jack Ryan? Would I love it? We haven’t started yet because we’re still binging Justified!

10. TGIF! I hope you have a ridiculously happy weekend! 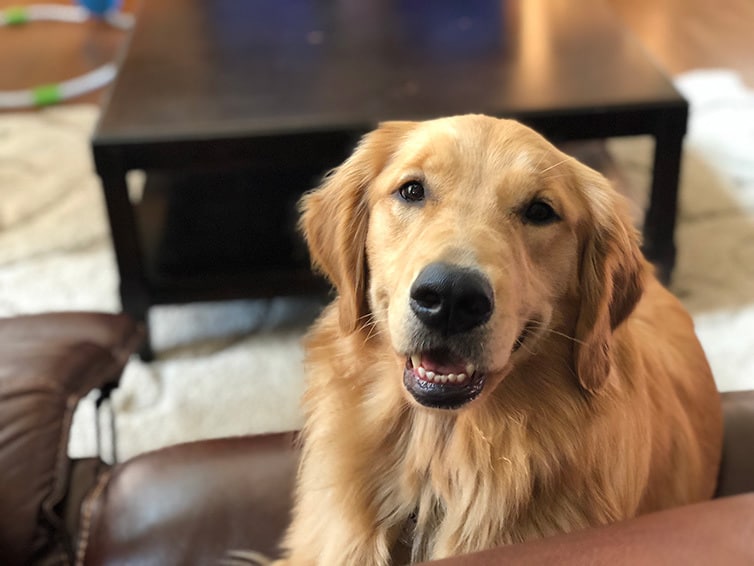