This week’s Tuesdays With Dorie recipe was chosen by Judy over at Judy’s Gross Eats. She chose homemade marshmallows, which were surprisingly quick and easy to make! I had just caught a segment on the Martha Stewart Show not too long ago on which they were making homemade marshmallows. It didn’t seem all that hard, but I probably would have never taken the initiative to try them myself if this Dorie recipe hadn’t been chosen, so thank you Judy!

These marshmallows turned out lighter and fluffier than any store-bought marshmallow that I have had in the past, and were completed with minimal effort. It took me less than 30 minutes from the time I started prepping the pan until the marshmallow mixture was poured in to set. That’s not too bad! I’m thinking that this year in place of my customary Christmas tins for friends and family, I might do some homemade cocoa mix with homemade marshmallows.

Be sure to check out the blogroll on the Tuesdays With Dorie blog to see all of the other marshmallow creations!

Marshmallow-making tips and the recipe after the break…

I used a lot of the tips shared by Melissa at Lalala… and I didn’t have a single problem with getting my marshmallows out of the pan (they slid right out) or getting them cut. Here are the tips that I took from her, and where I deviated from Dorie’s recipe:

**Please note that in the actual recipe there is an additional Tablespoon of sugar in the ingredients list that is never accounted for in the recipe. Although I never even caught this because I was busy boiling, microwaving, and whipping, a number of TWD members did and realized that it most likely was to be added to the egg whites during whipping for added stabilization. 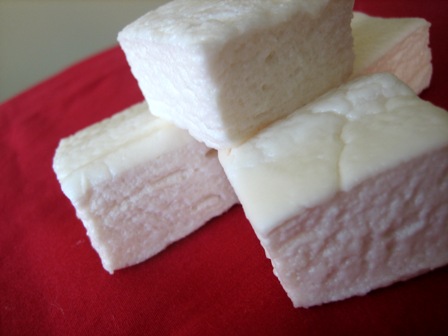 These homemade marshmallows are to die for!

Nutritional values are based on the whole recipe 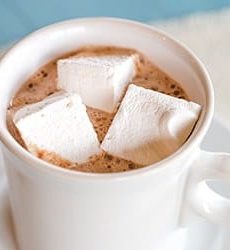 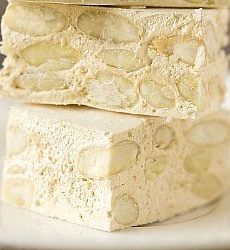 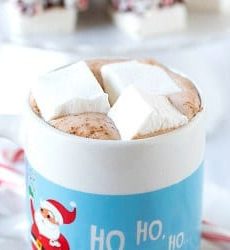 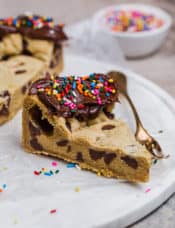