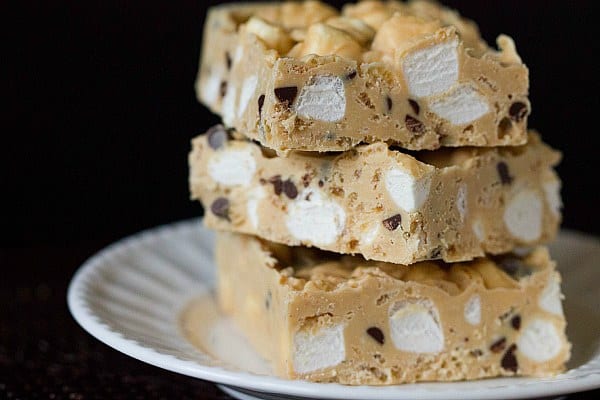 Last Friday, my Chief Culinary Consultant and I decided to take a little afternoon field trip and drove to the outlets an hour north of where we live. Upon arriving, we headed straight for the food court in do-not-pass-GO style, and grabbed hot pretzels for sustenance before starting our shopping. As we left the food court, we immediately ran into the Rocky Mountain Chocolate Factory. As soon as I saw the caramel apples in the window, I realized that it was the same chocolate shop we visited in Toronto, which was inspiration for my homemade caramel apples. Since we had just eaten pretzels, we decided to hit up the chocolate store on our way out so we’d have some goodies to enjoy on the car ride home. A few hours and many shopping bags later, we found ourselves back there, staring at the cases of chocolate treats, trying to decide what we wanted. In the end, we settled on a buckeye caramel apple (mmm peanut butter, caramel and chocolate!), a chocolate-covered graham cracker, and my Chief Culinary Consultant eyed the avalanche bark in the case, so we got two pieces of that. Turns out, avalanche bark is quite possibly the best thing, ever. 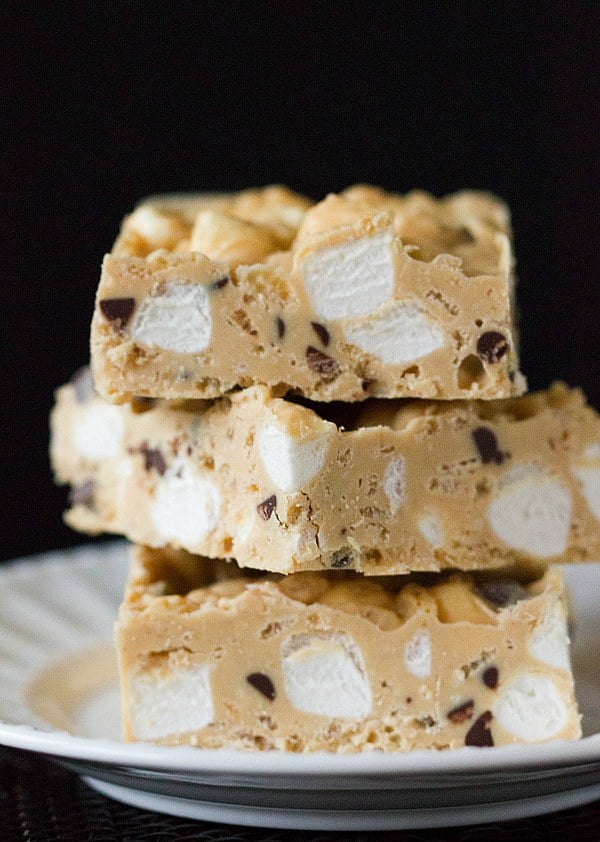 The avalanche bark from Rocky Mountain Chocolate Factory tasted like part fudge, part Rice Krispies treat, and part chocolate bark. By the time the second piece had vanished, my Chief Culinary Consultant asked if I could recreate them. Like, immediately. Luckily, Rice Krispies treats and chocolate bark are among the easiest and quickest chocolate goods to whip up, so this didn’t take long at all. You can play around with the ratios of white chocolate and peanut butter, based on how much you like one or the other. You can also make it more or less crispy by altering the Rice Krispies, and more or less “chewy” by increasing or decreasing the amount of marshmallows. Any way you make them, you are going to LOVE them!

These were the perfect end to a wonderful impromptu shopping trip, and my guess is they would be a fabulous addition to any day of the week, no matter what you’re doing. 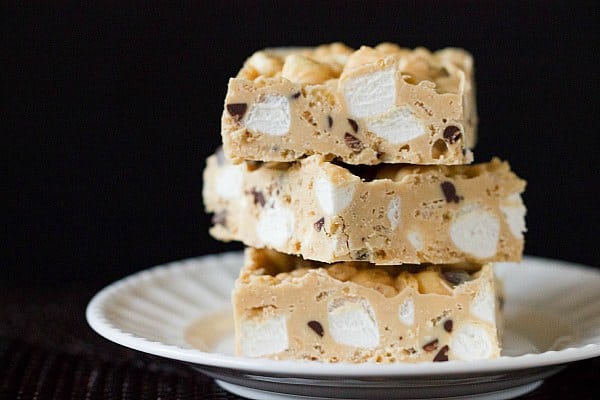 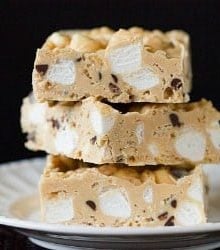