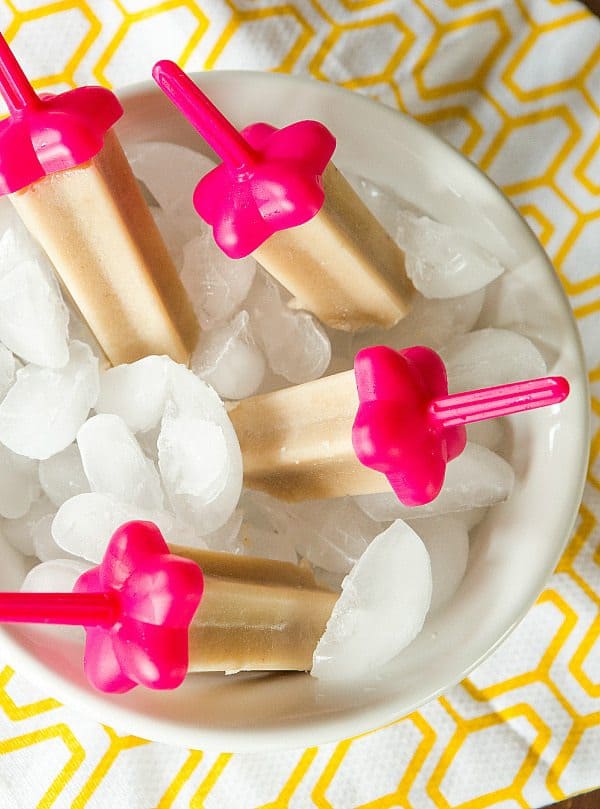 When my in-laws still lived in Florida, my husband and I would go down to visit for a couple of weeks each spring and fall. It was the perfect time to visit – the weather was much milder than the hot and humid Florida summers, yet it was still a nice break from the cooler temperatures up here in Pittsburgh. During one of our visits, my father-in-law was on a banana popsicle kick. I can’t remember why exactly he had started buying them (I think maybe he had been sick?), but he was seriously hooked.

A couple of months later, my mom had her gallbladder removed and recuperated with… banana popsicles. I really should have made these years ago, but better late than never, right?! 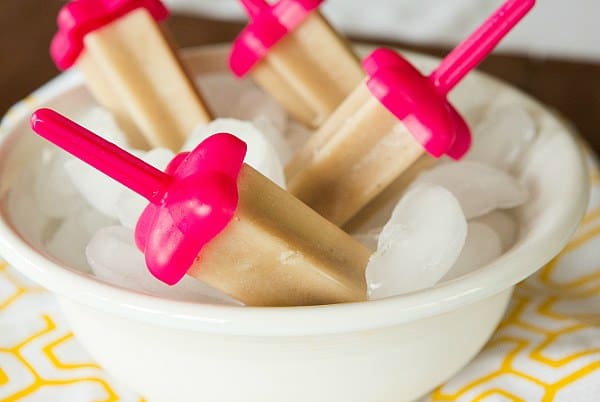 I adore homemade ice cream and frozen treats during the summer, so these were way, way overdue. It goes without saying, but these are light years better than anything you could find at the grocery store. The fresh banana flavor is awesome and you’ll find that they aren’t a weird neon yellow color like their store-bought counterparts.

Now that I’ve made these, I am craving as many frozen treats as I can get my hands on, and would love to run up to the ice cream truck and buy one of everything. What’s your favorite popsicle flavor? 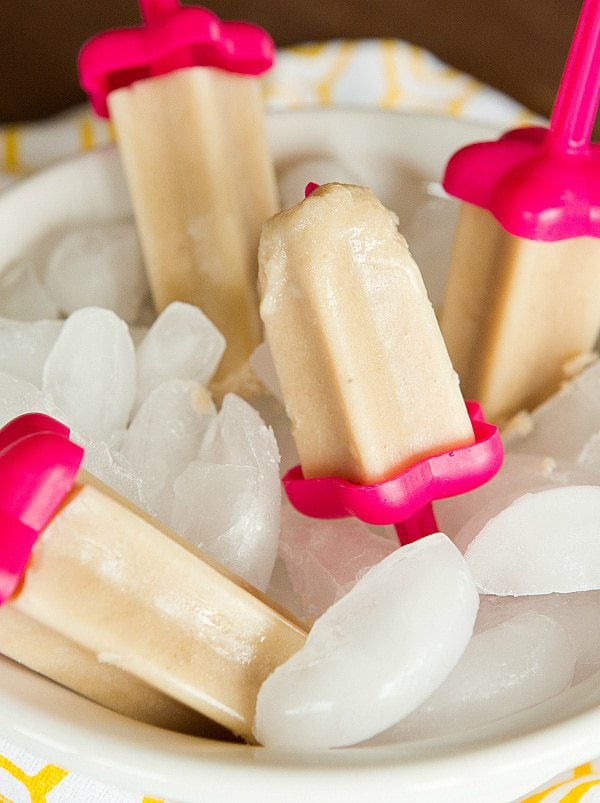 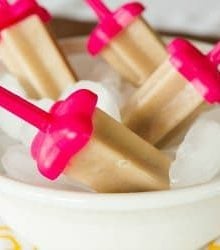