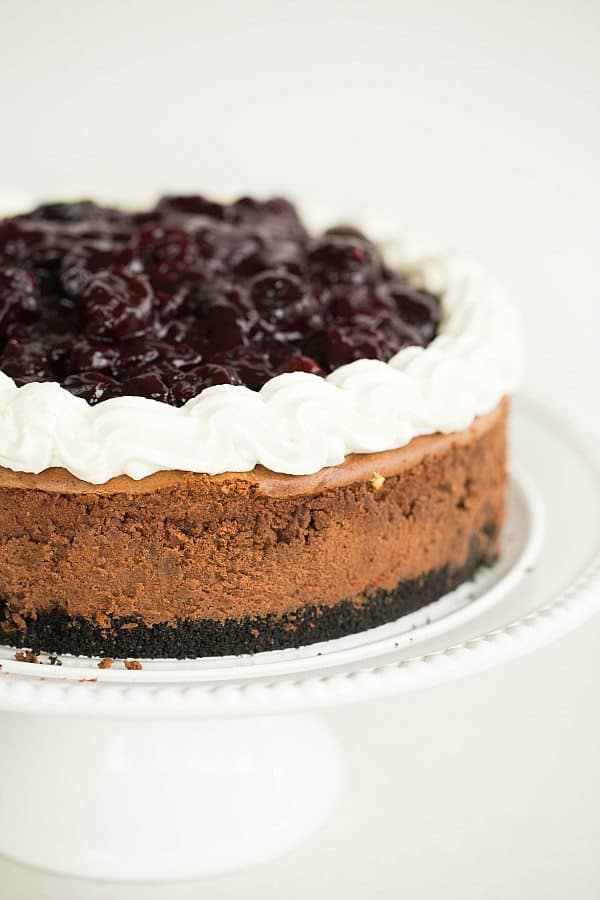 Over the holidays, I enjoyed a couple of weeks off, and during that time I set a few goals for myself. I wanted to start the new year off on the right foot, and getting myself organized was far overdue. My goals were: (1) Clean up my email inbox; (2) File away all of my recipe clippings from magazines; and (3) Organize my side of the office. I’m happy to report that, as of last week, I managed check everything off of my list.

As I worked on task #2, I sifted through stacks and stacks of recipes that I had ripped out of magazines over the coarse of the last year, I came across not one, not two, but multiple recipes for black forest cheesecake. I’ve apparently had chocolate, cheesecake and cherries on the brain. Suddenly, I was craving a black forest cheesecake, but as I looked through the recipes I had saved, I wasn’t particularly thrilled with any of them. I decided to concoct my own version, and I have to say… this is utterly fantastic. Hands down, one of the best cheesecakes I’ve created. (Although really, I don’t think I’ve disliked a single cheesecake that I’ve made.) 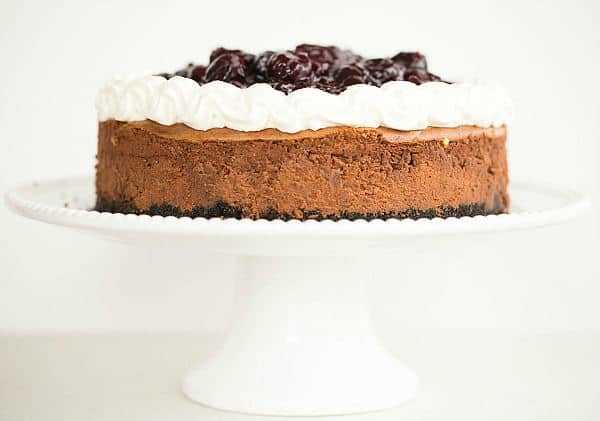 When I set out to make this recipe, I realized that I hadn’t ever made a basic chocolate cheesecake. Totally unfortunate, right?! They’re so good! I ended up adapting an Epicurious recipe for the chocolate cheesecake, and then finished it off with a homemade cherry pie filling topping. Since cherries aren’t in season here right now, I used frozen cherries, but you could certainly use fresh if you have them available to you. 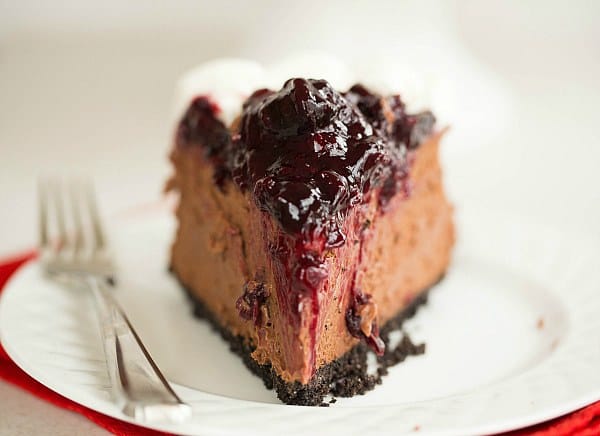 To say that this cheesecake was phenomenal would be an enormous understatement. I am 100% partial to cheesecakes with an Oreo crust, pretty much no matter what the cheesecake flavor is. Add to that a very tall chocolate cheesecake, a thick border of cream cheese-spiked whipped cream frosting, and then, of course, the cherries. Everyone who had this was absolutely enamored with it. 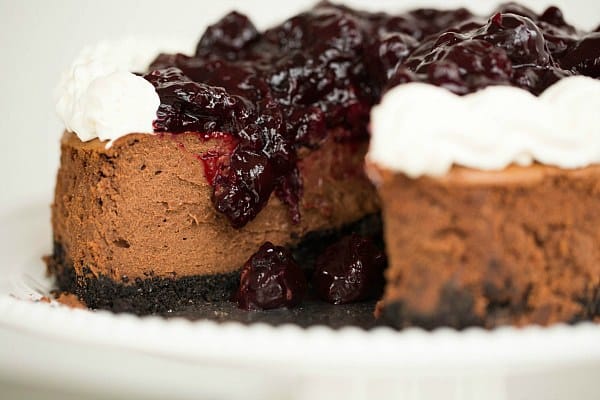 This is rich, make no mistake, and it’s worth savoring every single bite. Grab a cup of coffee and be sure to linger over a piece of this cheesecake.

This cheesecake should be a lesson to me to keep myself organized going forward! 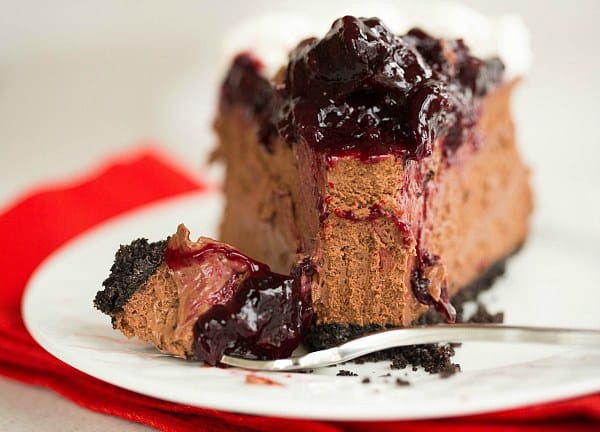 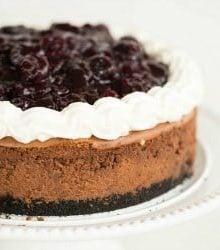 For the Cherry Topping:

For the Whipped Cream: