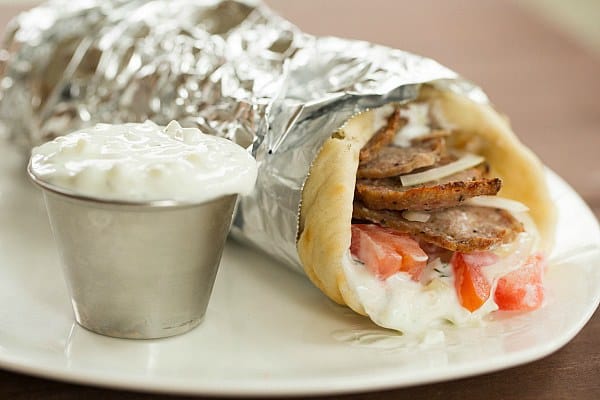 Yesterday, I told you all about the amazing gyros that my Chief Culinary Consultant and I used to get when he was living outside of D.C. Since he moved back two years ago, we have been in a serious gyro drought. Thank the gyro gods that the house we bought is located only about five minutes from a fabulous gyro joint here in Pittsburgh. In the meantime, however, I’ve been dreaming about making gyros at home. Gyros are one of those things that just seem… impossible to make at home, right? Sort of like pop-tarts. As I’ve come to learn, however, nothing is impossible in the kitchen. These gyros are proof in the pudding… they were not very difficult to make, and are every bit as good (better, even) than our favorites from Greek and Middle Eastern take out joints. 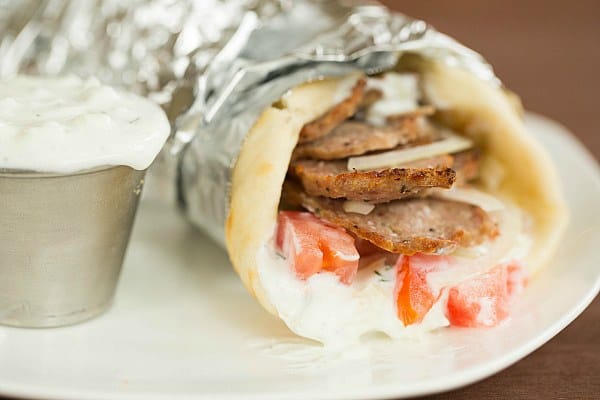 While traditional gyro meat is cooked on a vertical spit and then shaved off, that’s not exactly practical in a home kitchen. In order to get those thin strips of meat cooked to the correct consistency, it’s actually baked twice. A combination of ground lamb, seasonings, onion, garlic and slab bacon are processed together to form a cohesive mass. The mixture is shaped into a meatloaf, for lack of a better word, and baked at a low temperature. Once given time to sit, very thin strips of meat are sliced off, then laid in a pan and broiled for a couple of minutes. 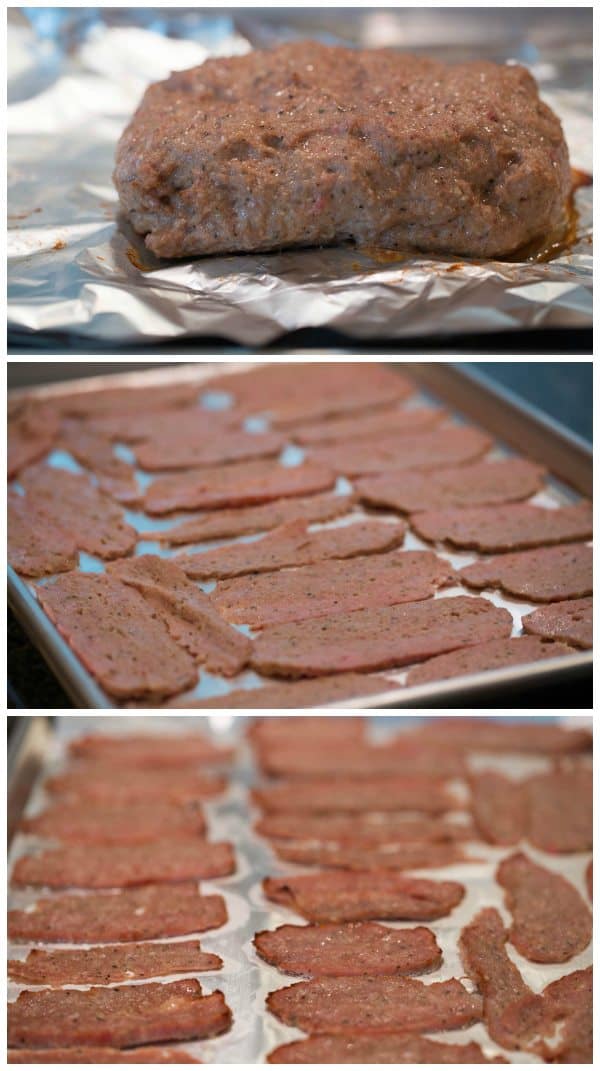 I was seriously stunned at how similar this meat tasted to the gyro meat that I have been accustomed to. It has so much flavor and the texture is just perfect.

When serving gyros, you want to look for pocketless pita bread, which can also be referred to as “hand-pulled”. Naan or flatbread can also work in a pinch. Then, pile on the meat, tzatziki sauce, chopped tomatoes and thinly sliced onion. Wrap it all up and then dig in. Don’t forget some extra tzatziki sauce on the side; you can never have enough of that awesomeness. 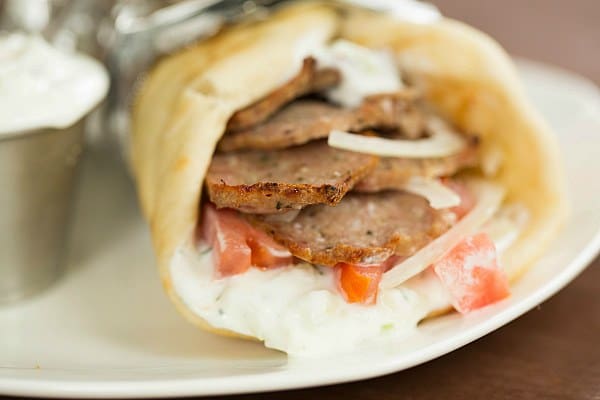 I love being proven wrong when I think a certain type of food is beyond being made at home. Who am I kidding? Everything can be made at home, and it’s usually better than you can get elsewhere. These gyros are no exception. 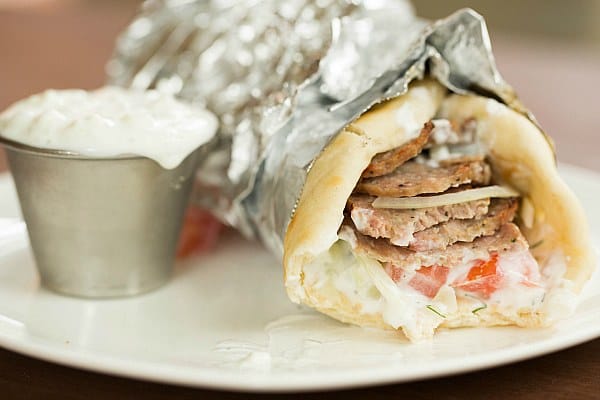 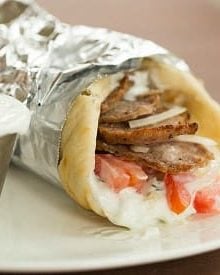 For the Gyro Meat: