A copycat recipe for Krispy Kreme doughnuts – they’re light, airy and covered in a barely-there glaze. 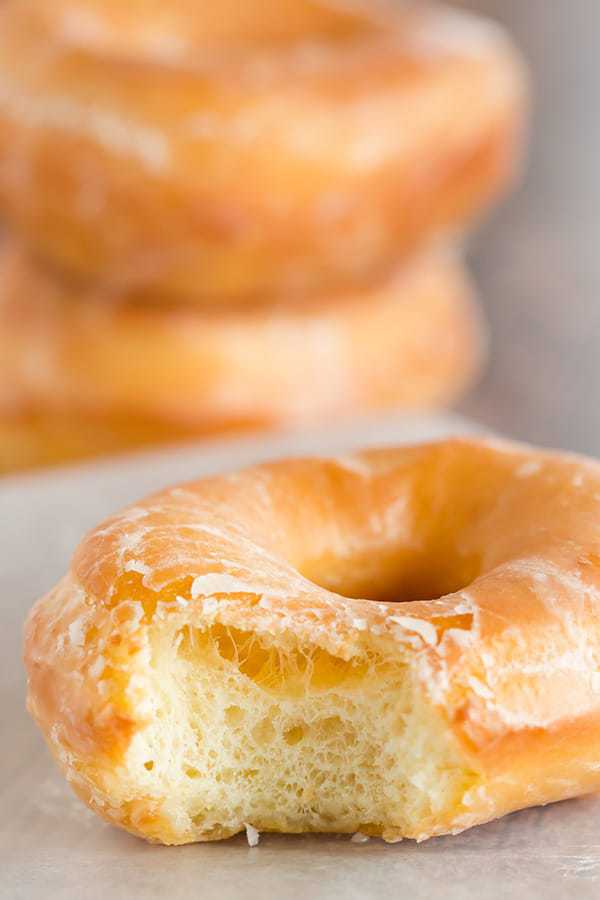 We are a house divided when it comes to doughnuts… I’ve never, ever gravitated towards them as a breakfast indulgence or a dessert, never quite being able to stomach the taste of fried dough (the same holds true for funnel cakes, as well – what’s wrong with me?!). My husband, however, loves doughnuts and although we really don’t have them often at all, he’ll sometimes say that he’s craving Krispy Kreme. The problem? The Krispy Kreme shop that was near where we live closed years ago and there are none nearby.

A couple of months ago, he saw that it was national doughnut day and the craving hit… he asked if I would be able to make a copycat version of Krispy Kreme doughnuts at home. I never turn down a challenge, so I started doing my research! 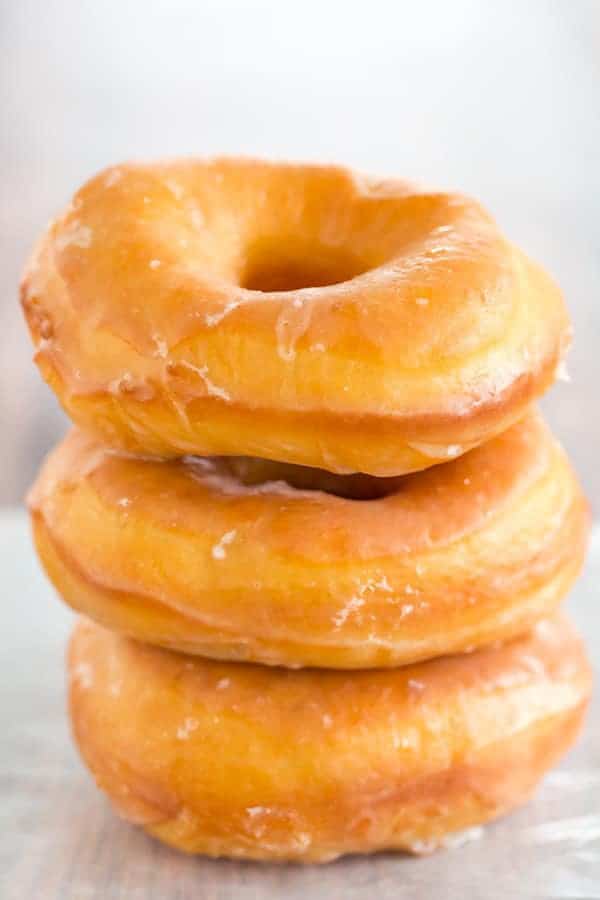 As it turns out, there are approximately eleventy billion recipes for copycat Krispy Kreme doughnut recipes on the Internet. Shocking, right?

Not being a connoisseur myself, I read through tips and suggestions and came up with this recipe… of particular note is that I used instant yeast to keep the dough light and ensure a nice rise, and used water instead of milk to keep a lean dough. 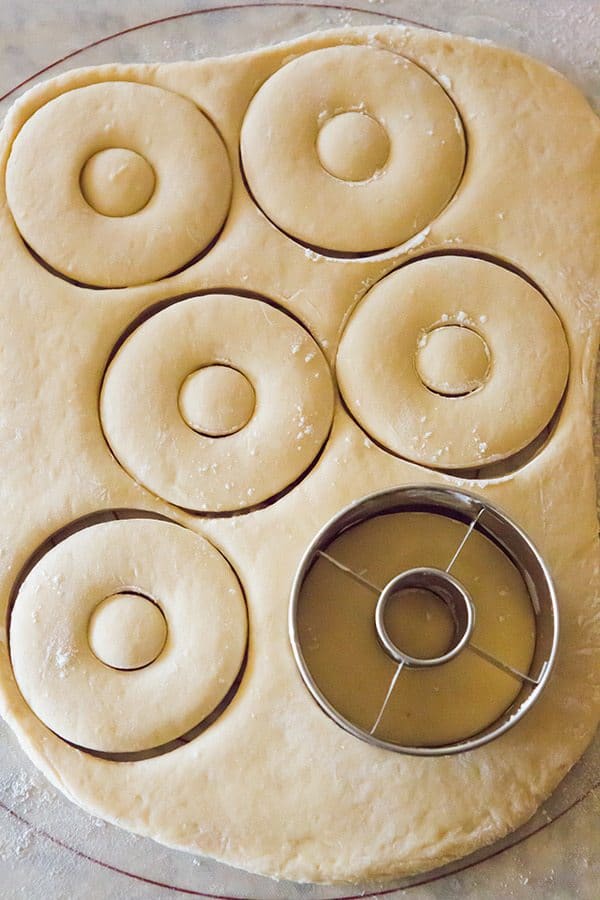 On a Sunday morning when the stars aligned and I woke up early and Joseph slept in, these were gracing our kitchen counter by 8:30am. I waited with bated breath for my husband’s verdict… he loved them! He said they were super, super, super close to Krispy Kreme doughnuts, and was thrilled. Score!

He said that in the past, he would reheat cooled Krispy Kreme doughnuts in the microwave for 8 seconds and it was just perfect, like they were hot from the conveyer belt, and he said the same held true for these. So those are the official reheating instructions :)

If you love doughnuts, this is a must baking project! 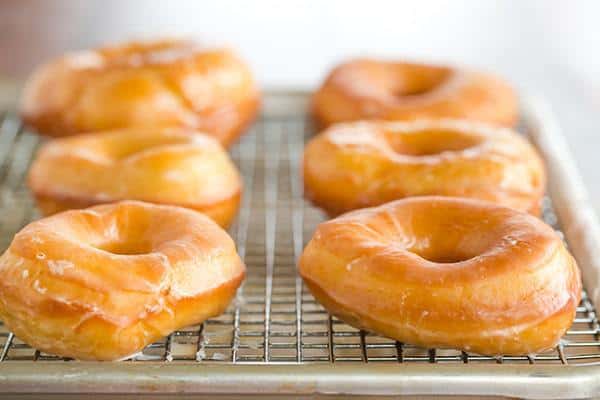 One year ago: Strawberry Pretzel Salad 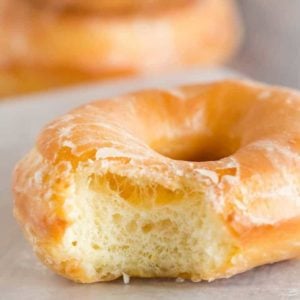