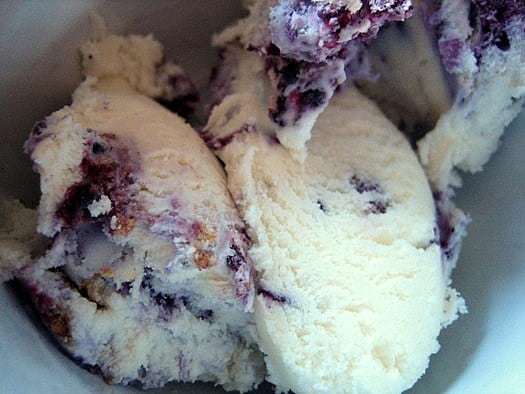 I have been lusting over the ice cream attachment for my Kitchen Aid stand mixer since the day I opened the box. I had never made homemade ice cream before, but the idea of being able to create any flavor combination imaginable seemed completely irresistible. I received an early Christmas present from my friend Annie and when I opened the box and saw it was the KA ice cream maker attachment I shrieked like a little kid on Christmas morning. I couldn’t wait to make my first batch! I had been saving a myriad of ice cream recipes as I had come across them,  but I already knew what recipe I wanted to make. Cheesecake is by far my favorite dessert and I had stumbled across a recipe for Blueberry Cheesecake Ice Cream quite some time ago and had promised myself it would be my first ice cream recipe when I finally got around to getting the attachment. This was absolutely fabulous ice cream and I am officially addicted to homemade ice cream, I can’t wait to make my next batch!

There are three parts to this ice cream, but it didn’t seem terribly burdensome to make, and you could easily make each part separately over the course of a day and then churn the ice cream. Although the recipe calls for layering the ice cream, graham crumbs, and blueberry sauce and swirling it together (which worked just fine), I think you could also just mix in both towards the end of the freezing cycle. Also, when making the blueberry sauce, I smashed up the blueberries so there wouldn’t be large chunks in the ice cream, but rather a thick sauce swirled in.

Stay tuned for what will likely be many more ice cream blog entries in the near future. I’m thinking that my next batch will be something  chocolate since I’ve already covered cheesecake in this batch! 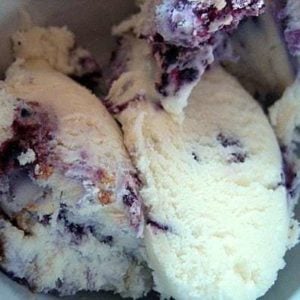