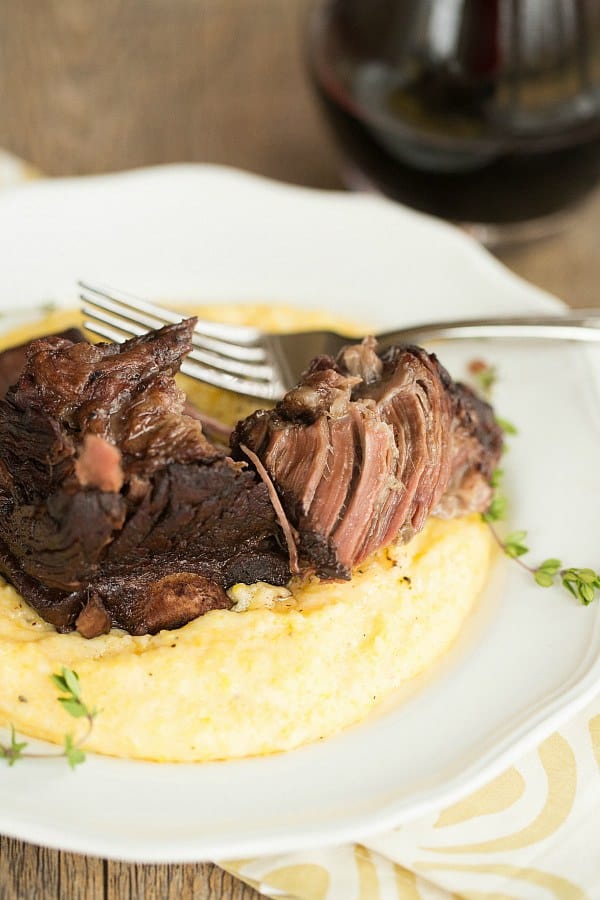 After we got engaged, my Chief Culinary Consultant and I couldn’t decide what kind of wedding we wanted to have, or where we wanted to have it. Neither of us wanted to do the traditional church/reception thing, but we were having a hard time coming up with alternatives. One random day in July, I threw out the idea of renting a house on the beach and just doing something with our immediate families. My CCC loved the idea; within two days we had found a house, and then we called our parents, my sister and his brother and asked if they were free in three weeks. Three days later, we had an officiant and a photographer, and a week later I had a dress. Wedding planning was officially complete!

It was a perfect, relaxing week punctuated by some amazing meals at local restaurants. A couple of days into our week-long stay, we had dinner at a nearby resort and I chose their braised short ribs with smoked cheesy grits. I have literally day dreamed about that meal ever since… to say it was amazing is a gross understatement. It’s taken me seven months, but I’ve finally recreated it! 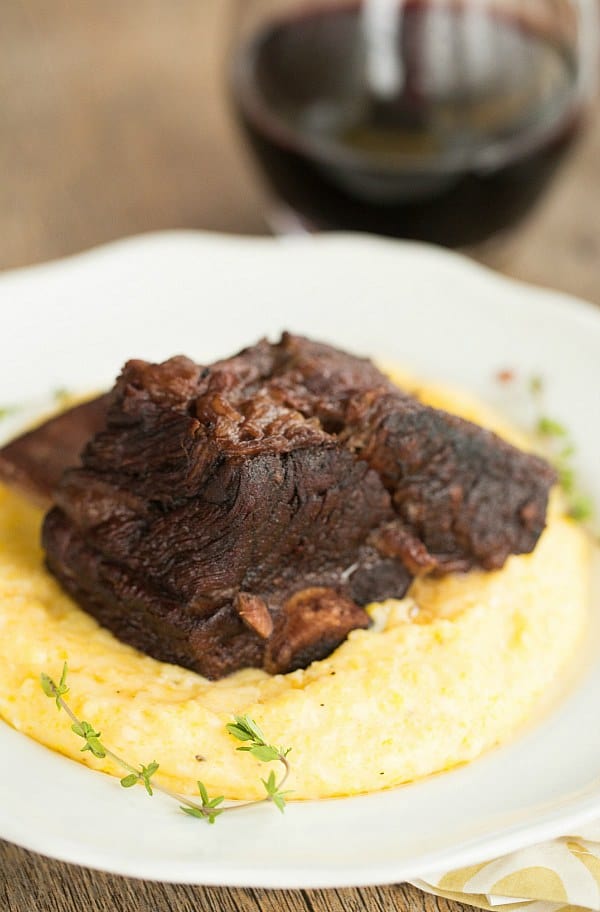 I fell in love with short ribs after making these tacos and eating this mac n’ cheese, and I was immediately drawn to anything on a menu that involved short ribs.

To recreate the meal, I seared short ribs and then marinated them overnight in a mixture of sautéed vegetables and red wine. The next day, I added chicken stock to the mixture and let it all simmer away in the slow cooker for a good eight or nine hours. I served it alongside some cheesy grits, which I made with a combination of smoked cheddar and smoked gouda cheeses, to do a total replication of the meal I had on vacation. I also put a loaf of homemade ciabatta on the table, for good measure, of course!

I was totally thrilled with how these short ribs turned out. By the time I pulled them out of the slow cooker, the meat was falling right off the bone. Amazing! That meal will always remind me of our wedding week, and now I can make it at home :) 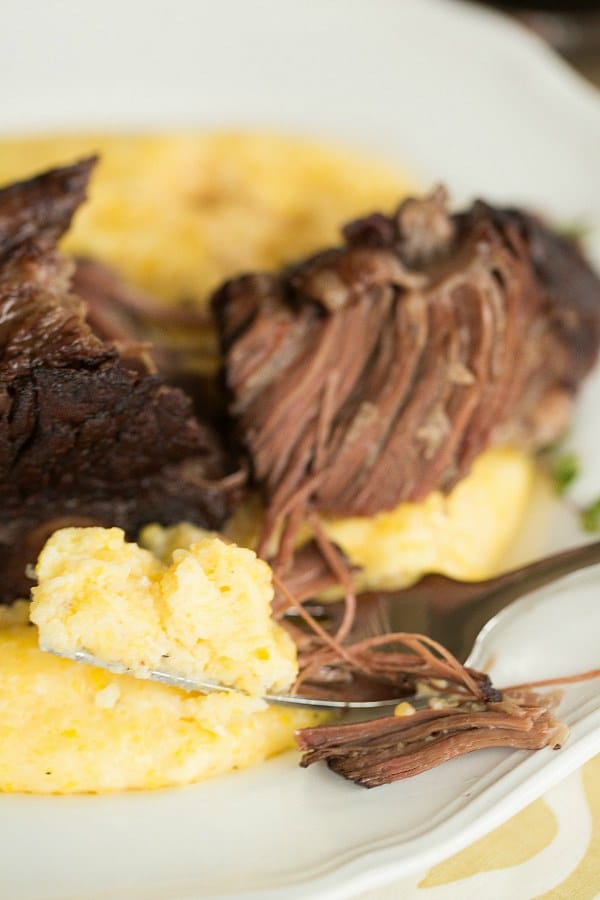 Do you have a favorite restaurant meal that you’ve recreated at home? 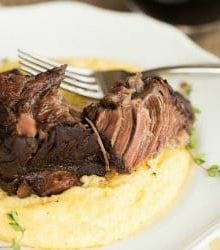 For the Short Ribs:

For the Cheesy Grits: