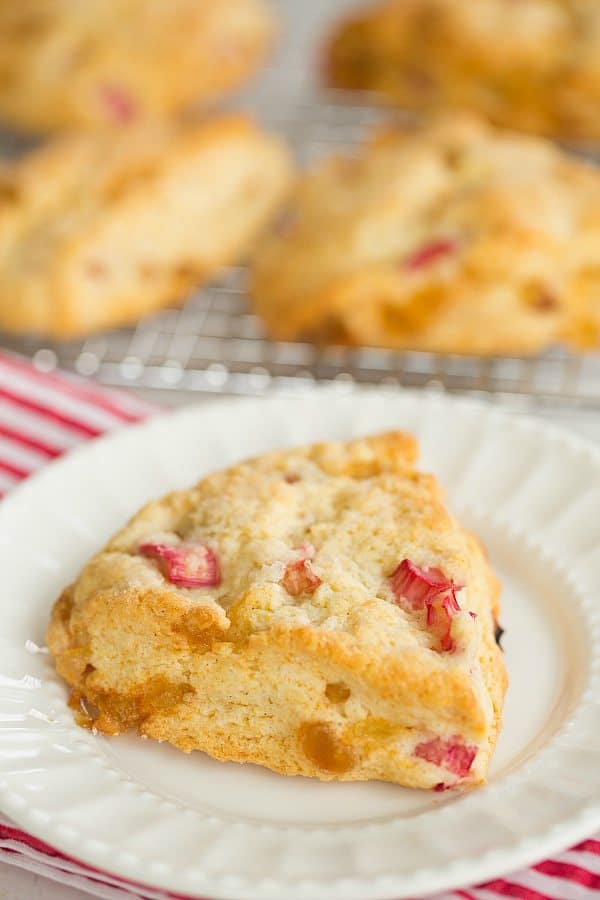 Not long after we began dating, my Chief Culinary Consultant told me about the fabulous strawberry-rhubarb pies that his grandmother used to make. At that time, I had never, ever in my life tasted rhubarb. When I told him, he was totally dumbfounded. I promised to make a strawberry-rhubarb pie for him one day, and I kept my word. One beautiful May morning, he left to go golfing, and I headed to the store for rhubarb and pie supplies. I had no idea what I would think of rhubarb, but I ended up loving it!

Since it’s only available here for a short time in April and May, I try to take advantage of it each spring and incorporate it into a number of recipes. As soon as I saw those beautiful reddish-pink stalks in the produce department last week, I snatched some up and started brainstorming. I hadn’t made scones since my mom’s birthday in September (chocolate chip are her favorite!), and I love the combination of rhubarb and ginger, so before long my idea was solidified. 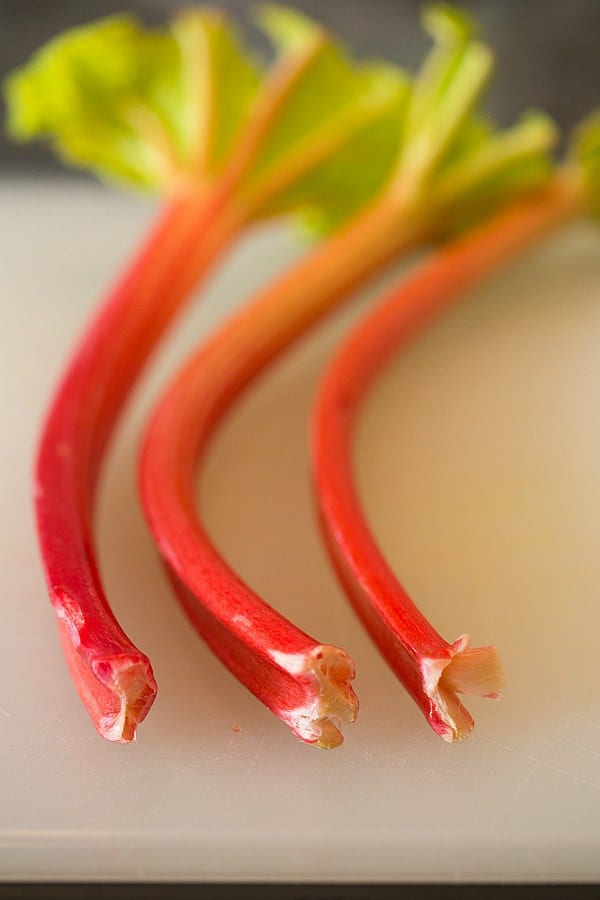 Those chocolate chip scones are one of my favorites as well, in large part due to their tender texture (the chocolate doesn’t hurt, either!). I went the same route with these scones, and added a small amount of butter to increase the flakiness. Instead of simply including vanilla extract, I infused the sugar with vanilla bean, which will makes your hands smell phenomenal! Lastly, I chopped up some rhubarb and tossed it in sugar before adding it to the mixture, and threw in a good dose of crystallized ginger. 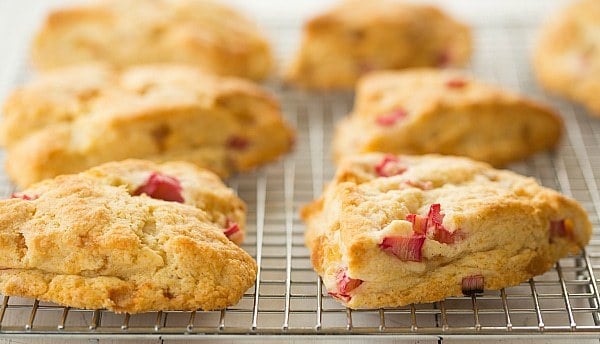 I can’t get enough of flecks of vanilla bean! 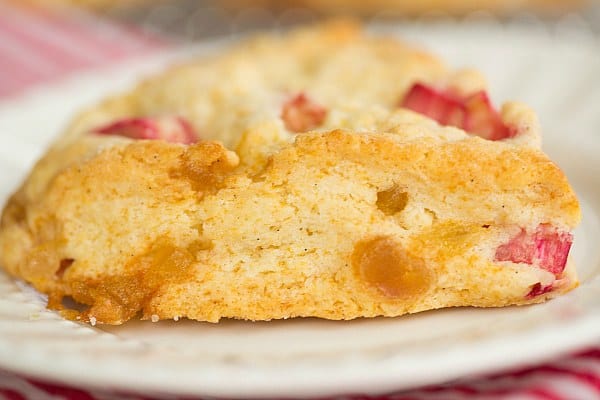 The result were impossible-to-resist scones. They are wholly acceptable for breakfast, snacks or dessert; the right amount of sweetness provides balance to the tart rhubarb, and the ginger gives them a little kick. The scones are definitely best straight from the oven, but can be kept airtight for a few days. 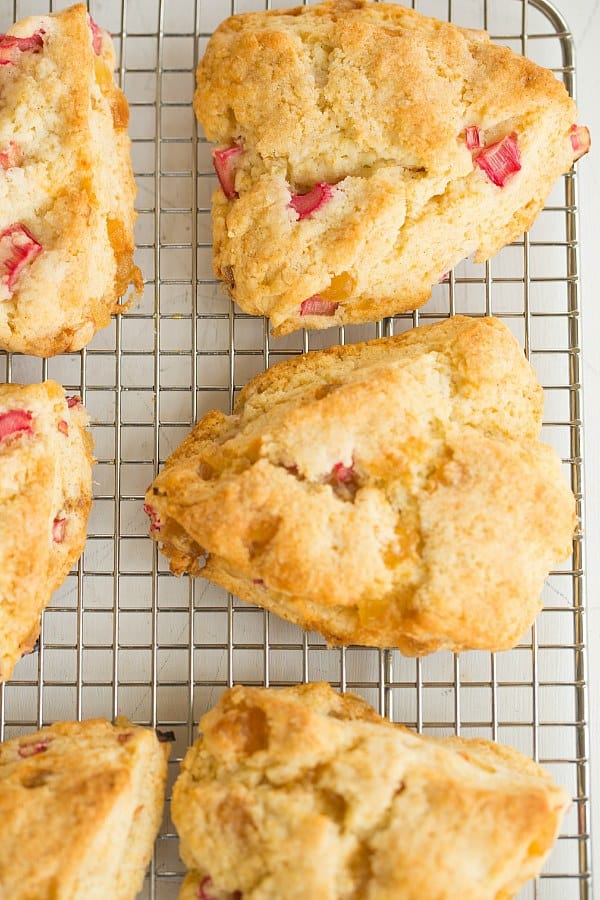 So what if it snowed again two nights ago (that makes snow on my birthday two years in a row, if you’re keeping track)?

Spring has definitely sprung in my kitchen! 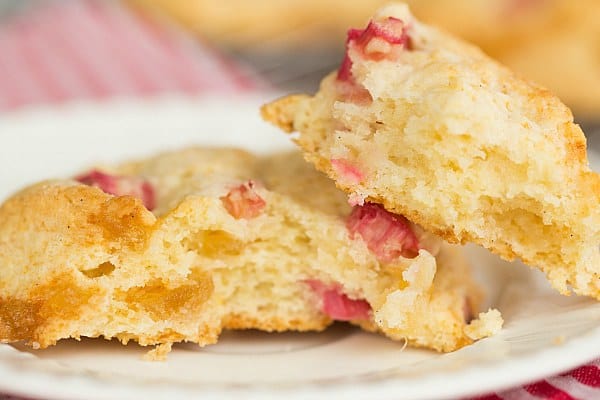 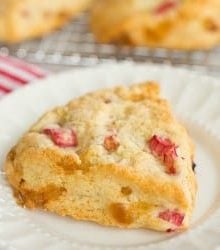