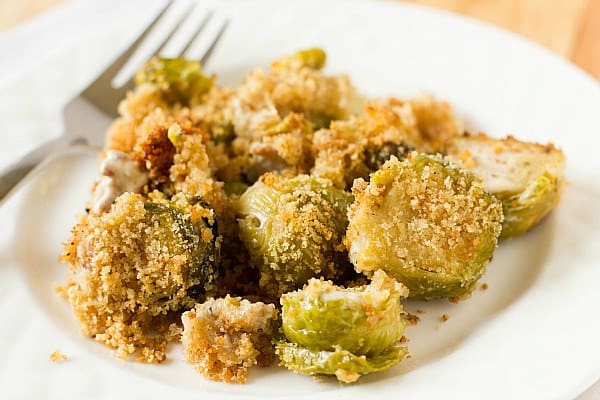 Ahh, Brussels sprouts. They’re a vegetable and they’re green, which means they’re one of the things that I ran from (kicking and screaming, mind you) for most of my life. I’ve made baby steps toward my acceptance of green vegetables; I’m proud of the fact that I can now eat broccoli without a massive layer of processed yellow cheese on top. Score! Brussels sprouts, though? It’s been a longer, harder road. What I’ve found, however, is that if it’s creamy, crunchy and involves bacon, I’ll most likely eat it. I saw this recipe in The Wall Street Journal waaaaay back in January and saved it with Thanksgiving in mind. I’ve used the last few Thanksgivings to experiment with different ways of preparing Brussels sprouts so that I’ll actually eat them. I haven’t loved everything; however, the Brussels sprout slaw I made two years ago was a winner, and this recipe has definitely been my favorite thus far. 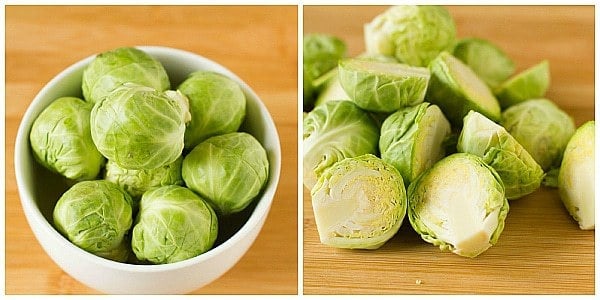 Aren’t Brussels sprouts are so cute?! Tiny little green cabbages… I’m really trying to embrace them! Roasting them with bacon, then tossing them with cream and a bread crumb and Parmesan topping seems to be helping my efforts ;-)

I think part of the vegetable problem as a kid growing up during the 80’s is that back then, most vegetables were simply boiled, which left them overcooked, limp and pretty darn gross. Experimenting the last few years, I’ve found that roasting vegetables ups the flavor quotient tremendously. They become slightly caramelized and crisp, which brings out a lot more flavor. 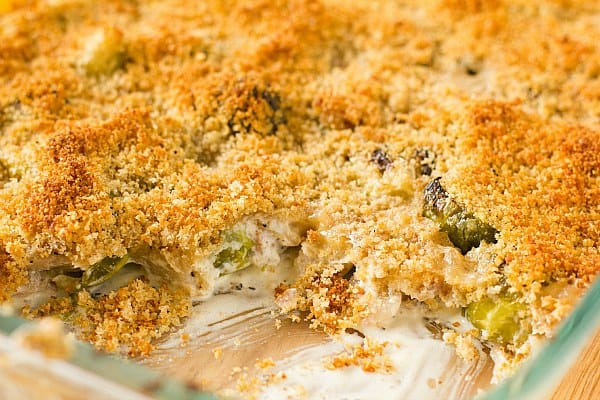 These Brussels sprouts are roasted with bacon for half of their cooking time, then tossed in cream, covered in a bread crumb and Parmesan topping and baked until the cream is bubbling and the top is golden brown. The combination of textures and flavors makes this a fantastic vegetable dish and perfect for Thanksgiving, when even the pickiest of eaters is likely to try something golden and creamy (totally talking about myself here).

Creamy gratins are definitely a better alternative to fake cheese sauce, and are one more baby step to enjoying naked green vegetables. I just may get there some day ;-) 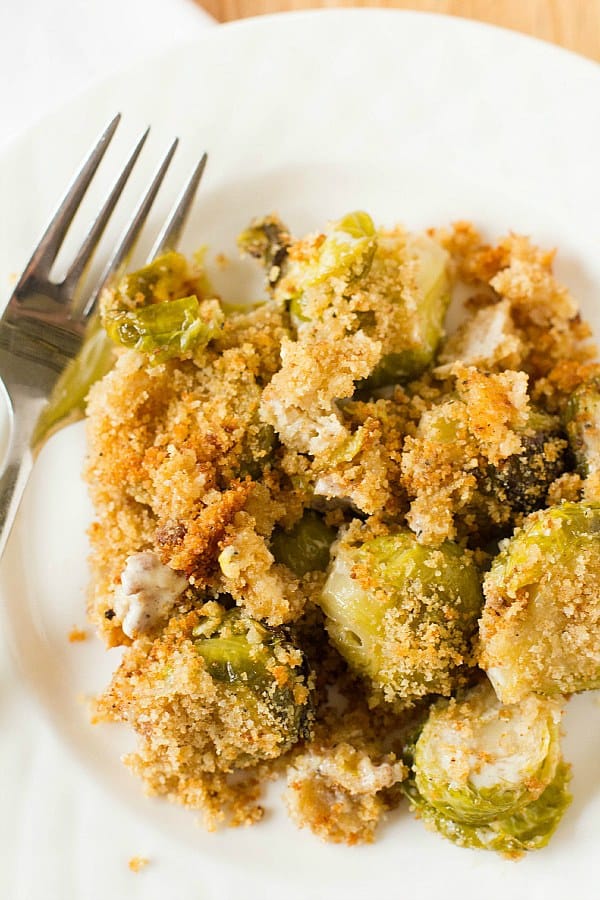 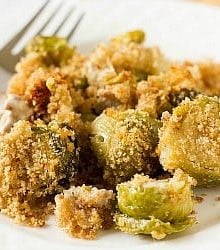 For the Brussels Sprouts: