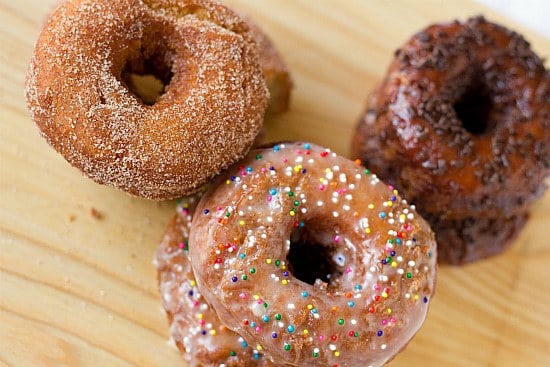 Well, I told you earlier this week that when I made the Easy Homemade French Fries it was my first jump into the world of deep frying, and these doughnuts would be my second dip. I have lost all fear of frying and am now on a furious search for the next thing to throw into a vat of bubbling oil (that doesn’t sound as delicious we all know the results truly are). I’m thinking maybe some classic southern fried chicken? I’ll continue to think on it, but in the meantime let’s chat about these amazing doughnuts. Doughnuts are something I’ve had on my mind for pretty much as long as I can remember, and they were definitely on my original Top 100 list. Once I decided to jump into the frying frenzy, I knew they would be one of the first things that I tried. I’m so, so happy that I did! They are are actually quite easy to make and come together quickly, so they would be great if you have house guests, or just want to spice up an ordinary weekend morning! 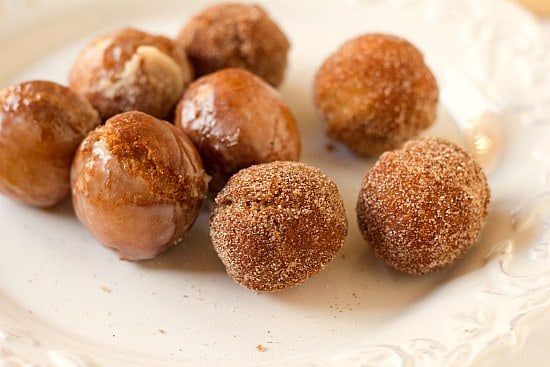 In addition to the doughnuts, you get to partake in the resulting doughnut holes. Nom nom nom.

The dough is really easy to mix together, you don’t even need to use a mixer. Just two bowls, a whisk and a spoon and you’re good to go! Once you mix it up, you dump it out onto a floured surface, and pat it out to about a ½-inch thickness. 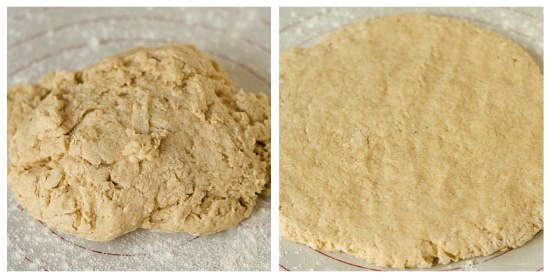 Then you get to cut! This is the fun part :)  You’ll use two different sizes of round cookie cutters to cut out the doughnuts and then cut out the middle. You can keep re-patting the dough together and cutting out more until you run out of dough. 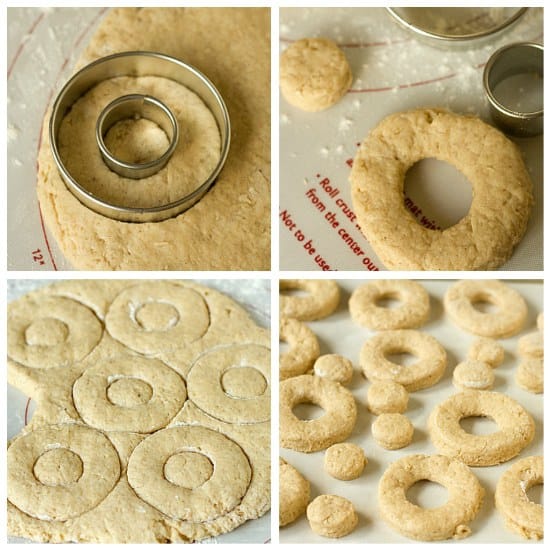 You chill the dough while the oil warms up, and then get to frying! They only take a couple of minutes per side, so you’ll be done in no time. I found it was best to use tongs to turn them so as to reduce any oil splattering that might occur. 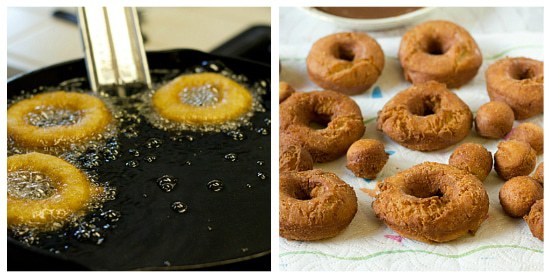 Once they come out, do your dipping and rolling in the toppings of your choice. I gave all three a try – the cinnamon-sugar, vanilla glaze and chocolate glaze. I scaled down the vanilla and chocolate and both got a little thin on me so I’d recommend making the full batch or compensating with extra powdered sugar and chocolate, respectively, to make sure it stays thick.

Cinnamon-sugar is my absolute favorite when it comes to doughnuts, and I thoroughly enjoyed these. They have fantastic flavor, texture, and are truly reminiscent of the old-fashioned “farm stand” doughnuts that the cookbook was trying to recreate. Delicious! 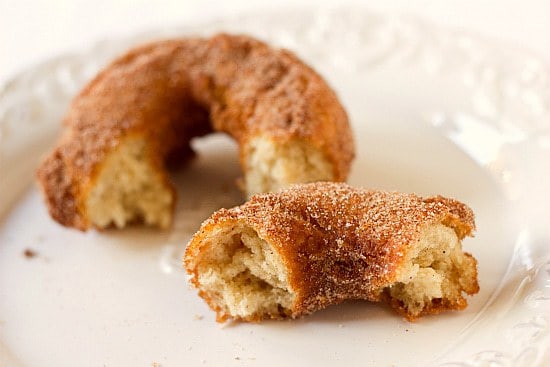 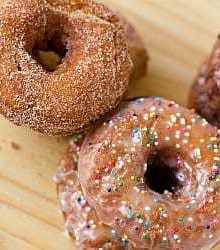 For the Chocolate Glaze:

For the Vanilla Glaze:

For the Cinnamon Sugar Coating: