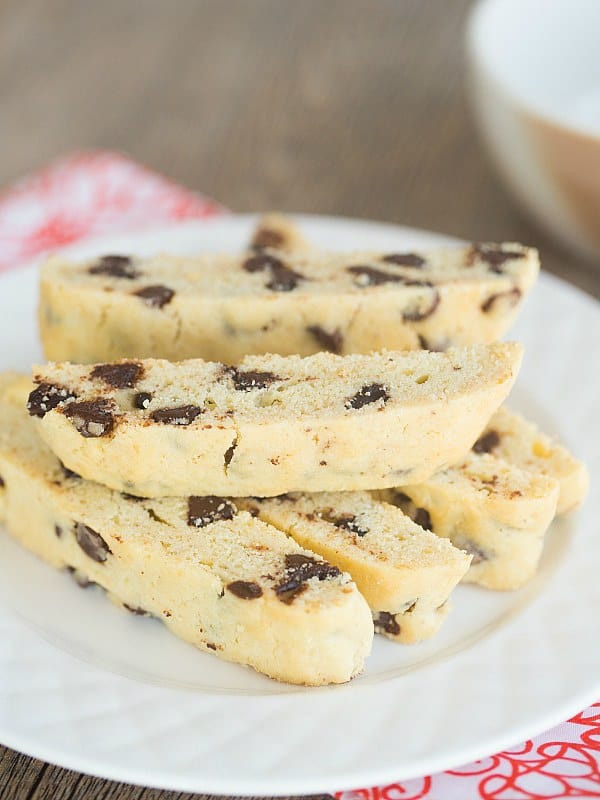 Like any kid who had a grandparent that immigrated from Italy, I was a biscotti junkie by the time I was eight years old. My drug of choice was, of course, my grandma’s biscotti, which were hard, crunchy and loaded with butternut flavor. I knew little about any other types of biscotti that existed, except for those that were dipped in chocolate, which we sometimes came across on our way out of an Italian market or restaurant.

That all changed when I got to college, however. On our campus, we had a little deli across from the bookstore, and they sold the absolute best chocolate chip biscotti in a glass jar near the register. I liked to give myself extra time in the mornings so I could go out of my way to snag one on my way to class and nibble on it throughout the morning. It was totally a sense of being a grown up and allowing myself to eat a cookie for breakfast if I wanted. And oh, did I want. Every morning. Without fail, until I graduated. 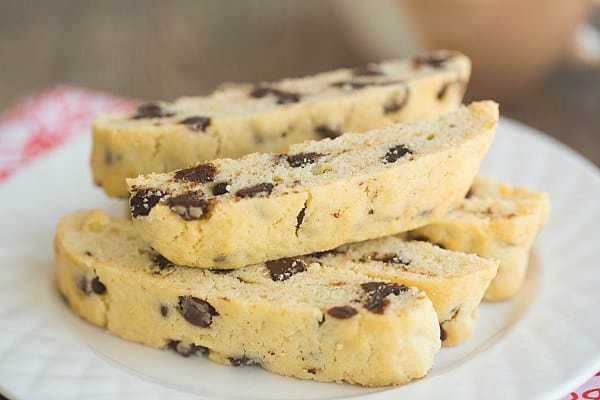 It’s been over 12 years since I graduated (gasp!), but I haven’t forgotten about those chocolate chip biscotti. The little deli isn’t there anymore, as the campus has been updated and renovated quite a bit since I left, and I’m pretty sure it was usurped by a Starbucks. I’ve thought about recreating those biscotti so many times, but really had no idea where to start.

They weren’t quite as crunchy as my grandma’s, and they were a little more sweet. After doing some digging around, I came across a unique biscotti recipe that used a blend of butter and shortening. Up until that point, I had only ever seen them made with butter or vegetable oil. I thought that this might be the key to getting the texture that I was looking for, and indeed it was!

These biscotti are certainly firm, but more tender than crunchy and are loaded with chocolate chips. If you prefer a little less chocolate (what?!), you could take the chocolate chips down to 1 cup, but that’s the only modification I would make. I know many people opt not to bake with shortening, but it does have different properties than butter, and in this instance, it is totally the difference maker in achieving the texture I was going after. 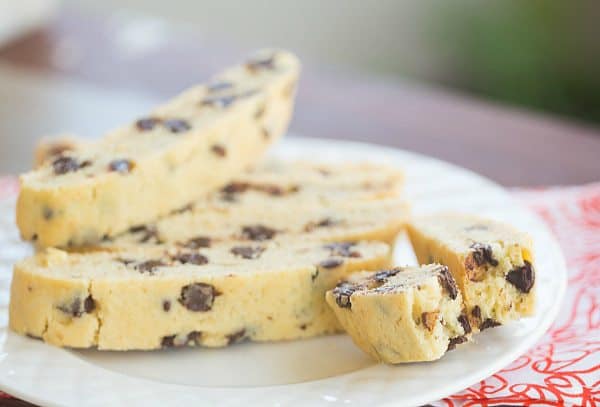 I haven’t been able to stop eating these since I made them, and I love that I can have a little taste of my favorite college deli whenever I want now!