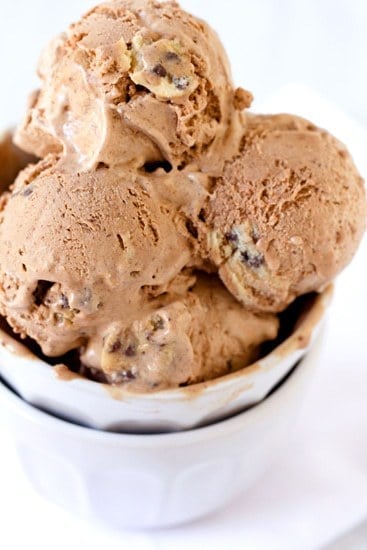 As a kid, my family and I did our fair share of frequenting the custard stand in our neighborhood. It was the place to be after little league games and just about any other hot summer night. I actually don’t remember eating too much traditional ice cream as a kid, aside from the requisite cartons that would accompany a birthday cake. As I got older, though, I started to dabble in ice cream and couldn’t get enough of any variety that had big chunks of “stuff” in it. This is where my love of cookies and cream came from, and then eventually, chocolate chip cookie dough. When I was a teenager and way into my 20’s, one of my favorite parts of going to the beach was devouring as many waffle cones with chocolate chip cookie dough ice cream as possible. In fact, I just enjoyed a cone of it a few weeks ago on one of our incredibly disgusting near-100-degree days. After having that cone last month, I couldn’t stop thinking about how good it was and how much I missed that flavor. It then dawned on me that chocolate chip cookie dough is one of my all-time favorite ice cream flavors, and somehow I had never made it at home! Talk about a tragedy! Let me tell you, it didn’t take me long to remedy the situation. 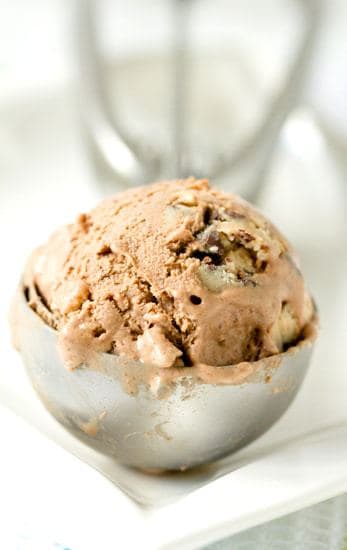 Now, of course the most traditional chocolate chip cookie dough ice creams start with a base of vanilla ice cream. When I mentioned that I was going to whip up one of my favorite ice creams of all time, my Chief Culinary Consultant suggested that I use chocolate ice cream instead of vanilla. Um, whaaaaaaaat? I’m not going to lie. I totally gave him the suspicious side-eye for a good, long while… and then finally decided that maybe trying something different wouldn’t kill me. Alright, that is a lie. I thought it just might. You know me and change (see: my life inside a bubble). For as much as I love chocolate under pretty much every conceivable circumstance, for some reason, I have always preferred vanilla ice cream to chocolate. Some sort of faulty foodie wiring, I presume.

As it turns out, the idea wasn’t crazy at all… it was delicious. Big-time kudos to my Chief Culinary Consultant! Creamy chocolate ice cream loaded (and I mean, loaded) with chunks of chocolate chip cookie dough. If you are a chocoholic and/or of the notion that there can absolutely, positively never be too many chocolate chips in a chocolate chip cookie, then this ice cream was made for you! I may have resisted the idea initially, but there’s no way I’m forking over my spoon! 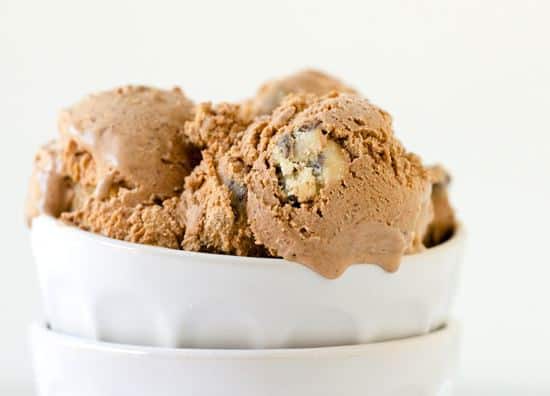 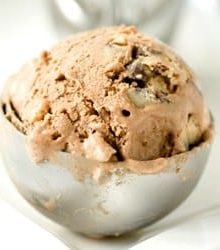 For the Chocolate Ice Cream: