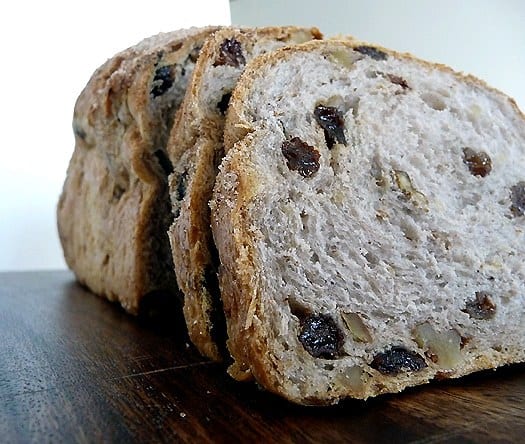 I absolutely adore baking bread from scratch, but sometimes I go through a bit of a drought. I get caught up in chocolate and cheesecakes and cookies and then the weather starts to get warm, and fresh bread doesn’t get nearly the attention it deserves. I am determined to put a stop to that and get back to baking bread more regularly, starting with this spectacular loaf. Amy of Playing House mentioned on Twitter last week that she had just baked a loaf of Cinnamon Raisin Walnut Bread and attached a picture of the loaf fresh from the oven. Like some people fall in love, I was head over heels for that loaf of bread at first sight. Images of my favorite Cinnamon Raisin Bagels danced in my head, and I surmised that the addition of walnuts and a cinnamon-sugar crust could only take things to another fabulous level. Guess what? I was right. 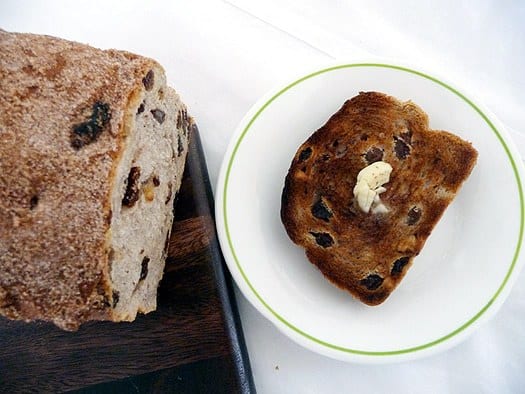 This bread is just as easy to make as any other standard loaf bread, with the addition of the raisins and walnuts at the end of kneading. A couple of notes on the recipe:

♦  If the raisins aren’t completely drained, you may need to add some extra flour to account for the liquid from the raisins.

♦  The topping for this bread is technically optional, but I wouldn’t make this bread without it. The extra sweet cinnamon crunch on the crust is delicious, especially when toasted.

♦  Another option for the bread is to roll it out and sprinkle with the cinnamon-sugar mixture and then roll up the loaf so that you have a cinnamon swirl in the bread. I will do that next time, as more cinnamon sugar is never a bad thing in my book.

I ate this bread plain, and I ate it toasted with butter – both were outstanding, but I think toasting it allows the flavors to really explode. The raisins are extra plump, the walnuts toasted and crunchy and the cinnamon sugar crust is caramelized to perfection.

How often do you bake homemade bread? 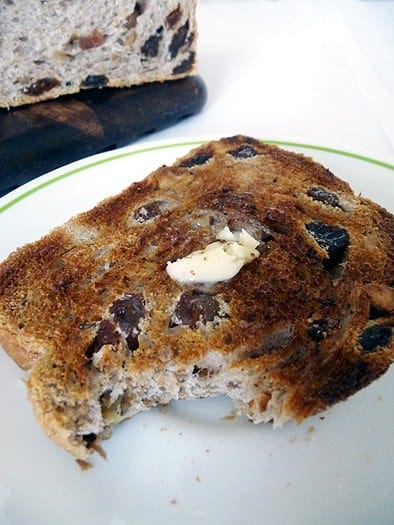 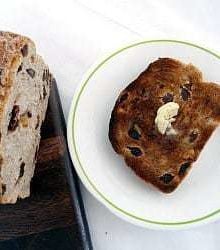