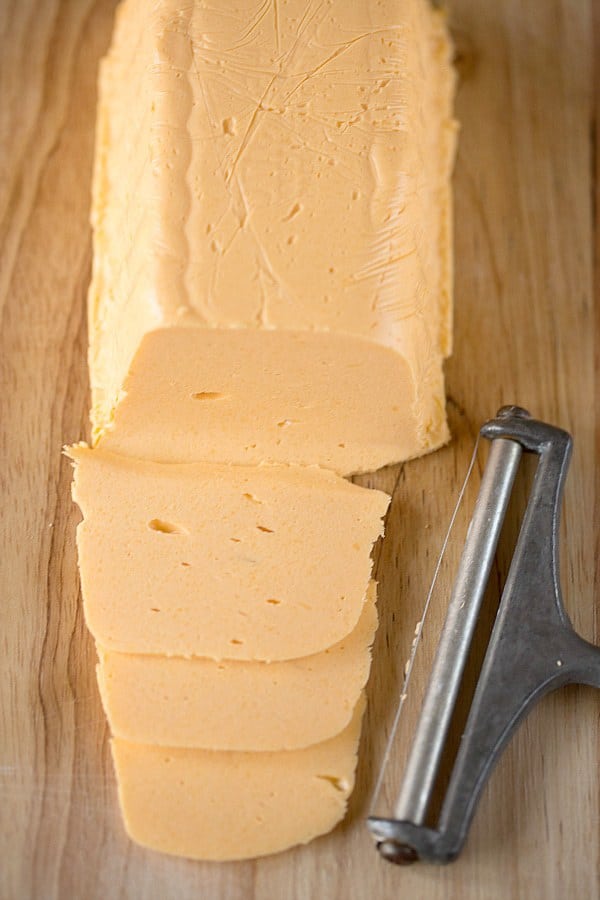 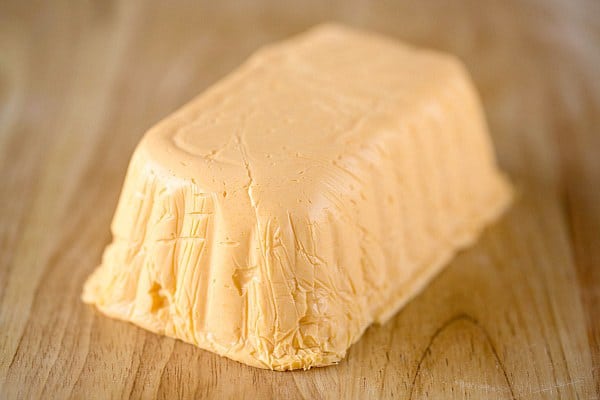 American cheese is a “processed cheese”, which means that it’s a cheese that started as another already-made cheese and is then further modified to make it creamier and more melt-y (for lack of a better word). What I didn’t realize, however, is that this is how American cheese was traditionally made, usually starting with Colby or Cheddar; however, now it typically doesn’t even start with real cheese. What?! The ingredient list is compiled of things like milk, whey, milkfat, milk protein concentrate, whey protein concentrate and salt. A little less appetizing, right? I can’t tell you how thrilled I was when I saw American Cheese in the list of recipes in the new DIY Cookbook from America’s Test Kitchen (the same book that produced the homemade torrone) – I immediately bookmarked it and planned to make it after the holidays. Thus, here we are! 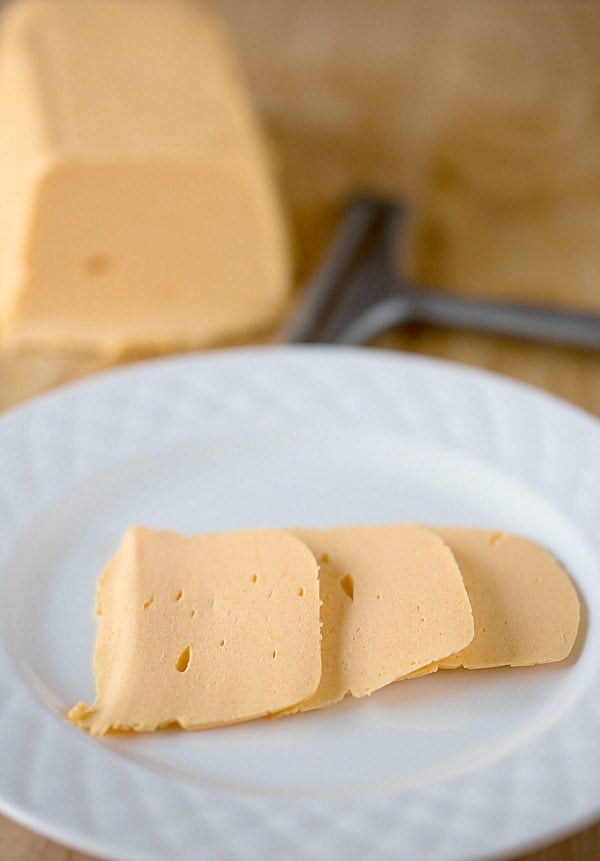 I was seriously stunned when I realized how incredibly easy it was to create my own American cheese, right there in my kitchen, in less than 15 minutes! The process begins with Colby cheese, then some dry milk powder, whole milk and gelatin are added to the mix (be sure to see the note below on dry milk powder). The combination gives the cheese that super creamy texture, as well as the properties it needs to melt exceptionally well.

The ability to melt supremely well is very important when it comes to such things as grilled cheese sandwiches. Very important. This cheese passed the test with flying colors. I’ll definitely be keeping a block of it in the refrigerator at all times! 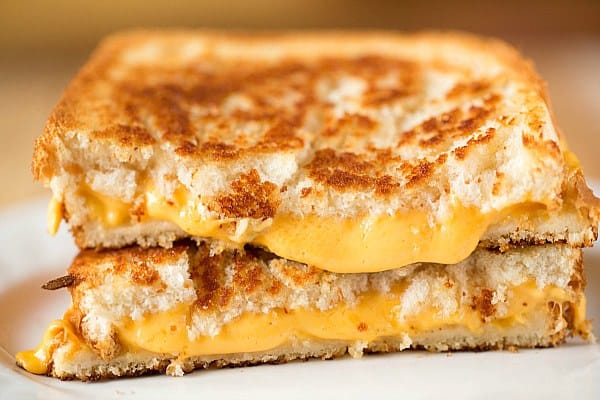 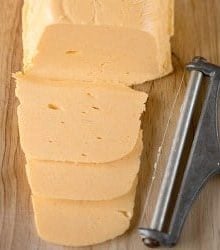