Friday! Stuff n’ things… or, ‘stuff ‘n at’ if you’re from Pittsburgh. This is where I share with you fun and random glimpses into all of the things I’ve been getting into while away from the kitchen.

Do you see that stormy, raucous sky up there? That was the sight out of my kitchen window yesterday afternoon. It was nearly pitch black by 4:00, which rendered it impossible to take any photos of the deliciousness that I had baked up yesterday. Oooh, do I have some chocolate for you! While you wait with baited breath, take a read through what else I’ve been up to… 1. I love storms… until I hate storms. I have always, always loved thunderstorms. The pounding rain, the crack of thunder, a dark bedroom being lit up by lightning. They’ve always fascinated and relaxed me. The summer after my senior year of high school I went to Cedar Point (as amusement park a few hours away in Ohio) and was nearly permanently scarred after seeing, with my own two eyes, a tornado about 200 yards away. While in the middle of an amusement park. You don’t realize until you see a tornado that amusement parks have very little in the way of shelter, interior rooms, basements, etc. And then you freak out.

I recovered from that, returned to loving storms, and then last summer was driving from Pittsburgh to DC to visit my Chief Culinary Consultant for the weekend when the tide turned. I went through a tunnel, came out on the other side, and saw a wall of black in the sky.  Out of nowhere the the sky opened and it started pouring, and then hailing. I was able to pull off of the turnpike under an overpass with a bunch of other cars to try to wait it out. It got worse, and worse. I checked the weather app on my phone only to see multiple tornado warnings. Warnings. As in, there is a tornado where you are right now, about to pick you up and toss you into a ditch. I was able to wait it out and get to DC safely, but not without my heart threatening to pound out of my chest and countless glances all around the sky for the rest of the drive. A year has passed and I am back to being able to appreciate a good thunderstorm… as long as I’m inside! 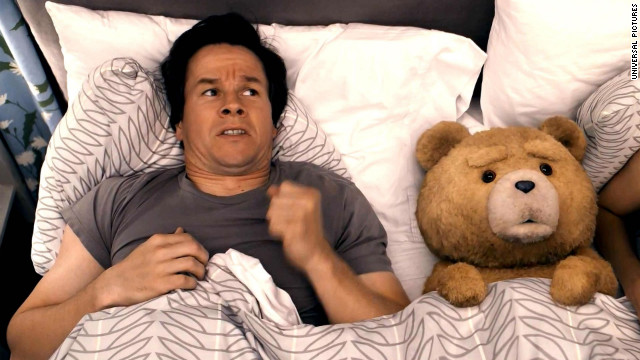 I was pretty much as skeptical as you can be about this movie… a grown man, living with his talking teddy bear? I was totally prepared to be completely underwhelmed, but after hearing so many good reviews, we decided to go and see it. Umm, funniest movie I have seen in a long, long time. I laughed hysterically throughout most of the movie. Two thumbs up! Go see it! (Disclaimer: It’s by no means a “clean” comedy, so be prepared for some raunchy humor.)

3. Summer TV drought has officially set in. All of a sudden, the DVR is bone dry. My Chief Culinary Consultant and I have pretty eclectic taste when it comes to what we watch. The Office and Parks and Recreation are our standbys during the regular TV season. We also love Curb Your Enthusiasm (when on Earth is that coming back?!), Whale Wars (season just ended) and Feherty (awesome interviews, even if you’re not into golf!). Hatfields & McCoys kept us entertained for awhile (how good was that?!), but now we’re left with daily ESPN shows and local Pittsburgh sports. What do you enjoy watching during the summer? Any good TV series that are worth starting from the beginning, a la Netflix?

4. I am the world’s worst snacker. It’s true. Many days I never eat a proper meal and take “grazing” to a whole new level. I routinely snack on dry cereal, graham crackers with peanut butter, pretzel sticks, saltines with peanut butter and jelly, etc. Basically, I eat like a 5-year-old. I’m attempting to be much better about my eating patterns by starting with a real breakfast and keeping some wholesome snacks around. Next on my list is to make myself sit down and eat a real lunch. If you have any healthy/quick lunch and snack ideas, lay ’em on me! I’m planning to make some homemade trail mix next week!

5. Speaking of homemade, I’m on the DIY train… First up, I’m tackling my inaugural batch of jam next week! I’ve bought all of my supplies, consulted my canning guru, who suggested starting with an easy jam, like blueberry. Since blueberries are in season, that sounds perfect! Fingers crossed! Next on my list is homemade mozzarella. I picked up the book Home Dairy after reading about it in the Wall Street Journal a couple of months ago, and am so excited to dig in! I had already planned to work on homemade mozzarella next week and consider it a sign from above that a bunch of blogging gals gathered to do that exact same thing last weekend! Perfect timing – the step-by-step photos will surely help me as I work through the book!

6. I’m in a Wii golf slump. It’s not pretty. I used to be quasi-good at the game; at least good enough to be competitive against my Chief Culinary Consultant. However, the last three times we’ve played have been downright embarrassing for me. I don’t know what’s happened, although it appears as though my short game has blown up and my putting has been atrocious. I blame the ganglion cyst that showed up on my right wrist a few weeks ago. It’s totally the reason. Also, don’t um, old people get things like that? It definitely sounds like an affliction for people older than me. Which makes me feel… old.

7. The Olympics! They start today! I just realized this could be a cure for #3. Are you a big Olympics watcher? Do you get into it? Have parties? I usually get much more amped up for the winter games, but I love watching the swimming and gymnastics during the summer. What’s your favorite sport to watch?

8. Shopping spreeeee! I bought a bunch of new fun stuff to play with in the kitchen this week, some of which are related to #5 (hello citric acid, liquid rennet, liquid pectin and canning jars!), and some that are, well, necessary when you bake a lot! After growing tired of buying 5-pound bags of flour at the store nearly every-other-week, I finally did the smart thing and ordered the 25-lb. bag along with the big flour bucket to hold it. I should have done this eons ago. While I was at it, I ordered a couple of medium flour buckets to store the sugars that I buy in bulk at Sam’s Club. I restocked my vanilla extract and bought a couple of super cute double-sided pie toppers. Ooh, I also finally bought these reusable produce bags from Flip n’ Tumble: 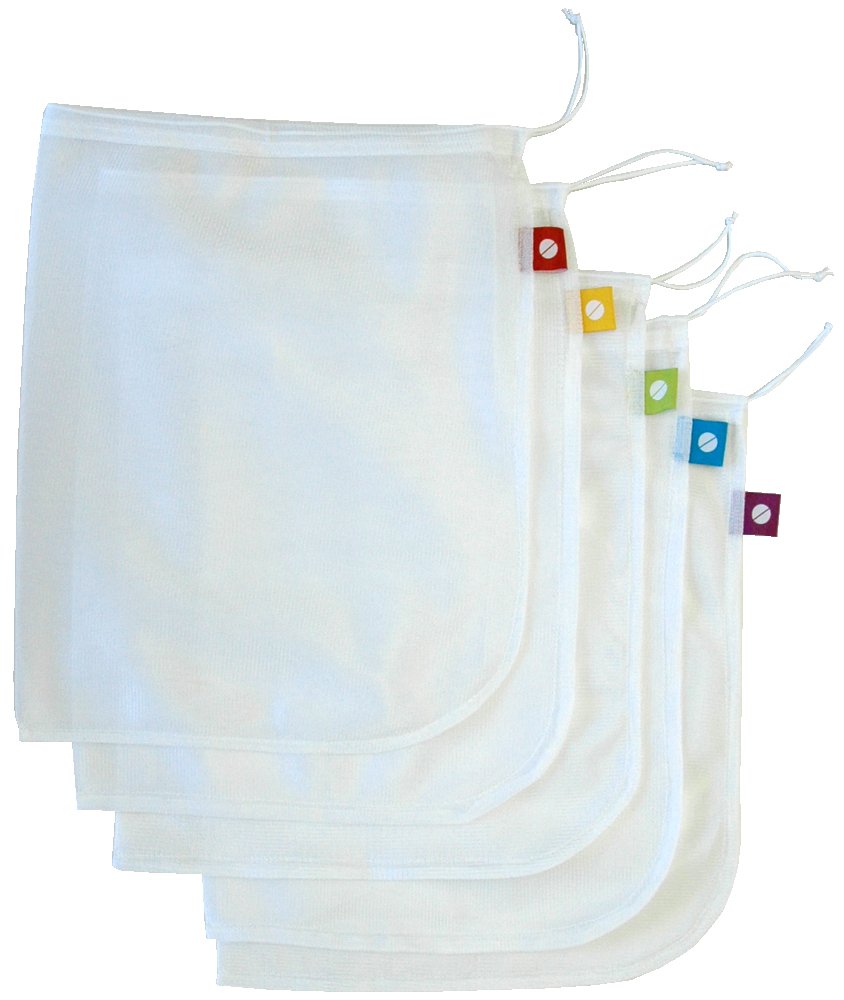 Very excited to start using them!

9. Goodies from Canada. My sister went to wine country up in Canada for a long weekend and brought home back some treats! Aww, what a nice sister! She brought my Chief Culinary Consultant and I this bottle of wine, which could not have possibly been more perfect:

Hat Trick! What awesome labeling, right? I foresee this being opened on the opening night of the hockey season (if we’re not at the game!).

That wasn’t all! She also brought us this (what looks to be amazing) jar of a merlot habanero jelly:

I think this would go perfect on top of a toasted bagel and cream cheese. I haven’t opened it yet, but can’t wait to dig in!