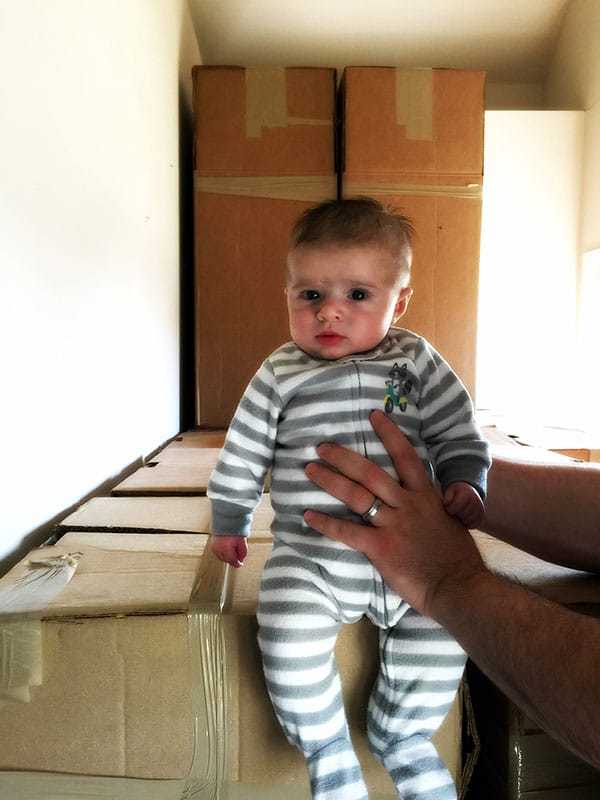 1. So, big news… we moved this week! I’ll definitely be sharing some pictures as we get settled in and things organized; this week we’ve worked around the clock just to get everything out of boxes. Our movers went through 250 pounds of packing paper, so we had our work cut out for us!

2. Joseph hasn’t missed a beat and has been absolutely awesome… he slept the entire time that the movers were loading the trucks, then he stole the heart of the settlement attorney at our closing, and he broke in his new room by sleeping for 10 hours on Wednesday night. He has been crazy happy and smiley almost constantly. Basically, he’s the best.

4. Duke and Einstein have been adapting pretty well to the new house. They got here late on Monday evening after the movers had left and did a lot of panting before bed that night. Since then, Einstein has been completely fine, and Duke is mostly okay, except that he is terrified of the steps on the deck. We previously had a walk-out patio and now we have a deck with a full set of steps down to the yard. Duke is not a fan of those steps. He’ll go down sort of okay, but is terrified to come back up. The backs of the stairs are open, so my husband taped cardboard to the back thinking that would help. He’s doing a bit better, but it’s still a whole production when he needs to go outside. Any advice is more than welcome!

5. We are craving to see a movie at the theater… what have you seen lately that you’d recommend?

6. I saw that there will be dozens of vintage WWII aircraft doing a flyover of the Washington DC area next Friday to honor the veterans that served in the war. I wish I could see it… I bet it’s going to look awesome!

7. Tomorrow is the Kentucky Derby! Do you watch? How do you pick the winning horse? I usually find a fun name and ride it out. I was thisclose to picking a winner last year, maybe I can pick the actual winner this year.

8. As I predicted last week, my Penguins had a very short-lived playoff lifespan. I was going to root for the Blues, but they’re out, too. I’m all-in on Minnesota now… who are you rooting for?!

9. The Americans season finale last week was fantastic! That show may have morphed into my very favorite on TV right now; if you’ve never seen it, you should absolutely check it out.

10. TGIF! As I mentioned, Einstein has made himself right at home (even with packing tape still stuck to his bed)… I hope you have a restful weekend! 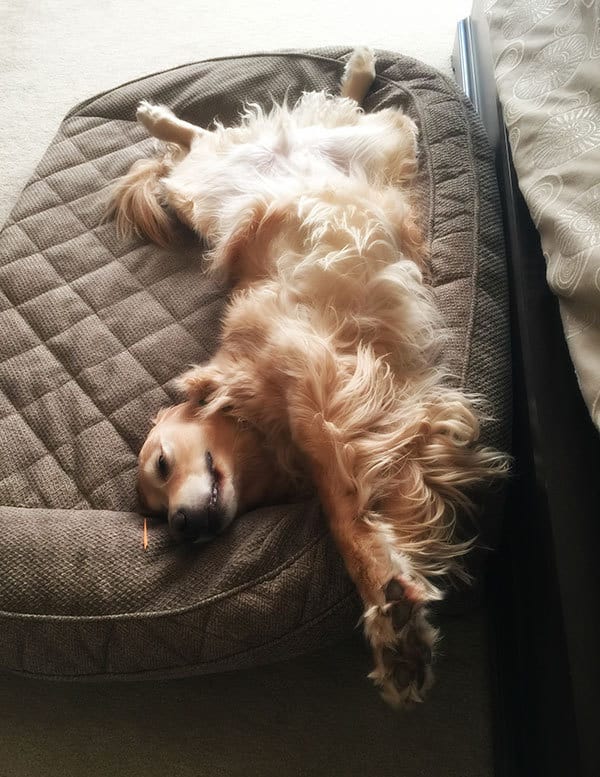