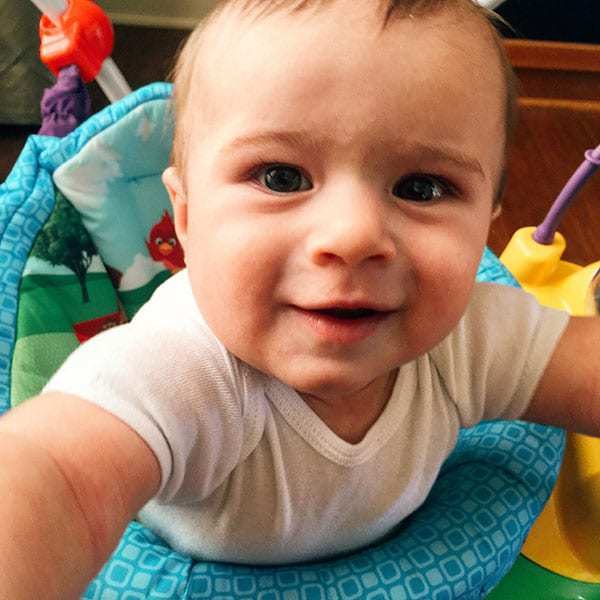 1. Joseph is on the cusp of crawling! He’s been rocking on his hands and knees for weeks, but a couple of days ago, he finally started moving his hands with his feet. It’s still awkward and clumsy and he goes nowhere fast, but oh my gosh, I can’t believe he’s almost mobile!

2. We have a sliding glass door that goes from our kitchen out to our deck. It also has a sliding screen door; we opened it up for the first time Sunday morning since the weather was cool and there was a nice breeze. It was open for less than 5 minutes when Duke ran full-speed RIGHT.INTO.IT. When he hit the door, it was like a slow-motion cartoon; we were stunned and all, “oh my gosh!” at first, and then we couldn’t stop laughing. Also, we no longer have a functional screen door.

3. Speaking of cool weather, yesterday totally felt like October, and I loved every minute of the cool, crisp air. Pass the hot chocolate, please.

4. This compromise wedding cake is awesome!

5. Have you watched Comedians in Cars Getting Coffee – the short videos of Jerry Seinfeld hanging out with other comedians? Love it! I’m still stuck in the 90’s and am forever hoping that Friends and Seinfeld will start filming new episodes again.

7. Our league had our fantasy football draft on Wednesday night and… my team is less than stellar. I’m a little bummed, but also a little hopeful since I’ve had some fantastic drafts in past years and my teams have taken a nosedive. Fingers crossed!

8. A few weeks ago, I told you that we watched the first episode of season three of House of Cards and were totally underwhelmed. Well, last weekend we decided to give the second episode to try due to a lack of interest in our current DVR queue. The second episode was infinitely better than the first, and we’re now six or seven episodes in and loving it. I’m glad we gave it another chance.

9. Quick, informal survey! I’d love to know what types of things you’d most like to see on the site. What do you need the most help with in the kitchen? You can be as general or as specific as you’d like!

10. TGIF! Einstein enjoyed the cool weather this week, too! 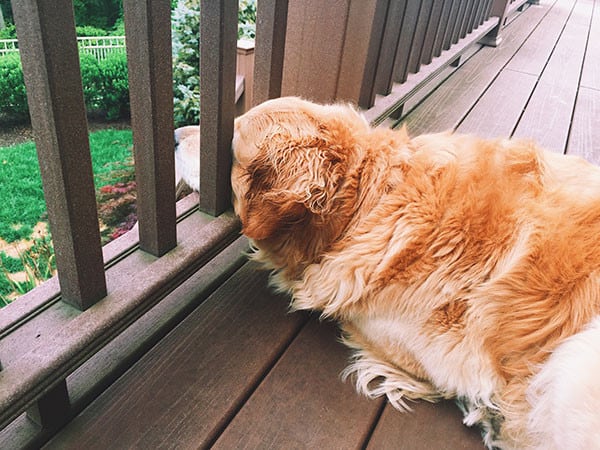