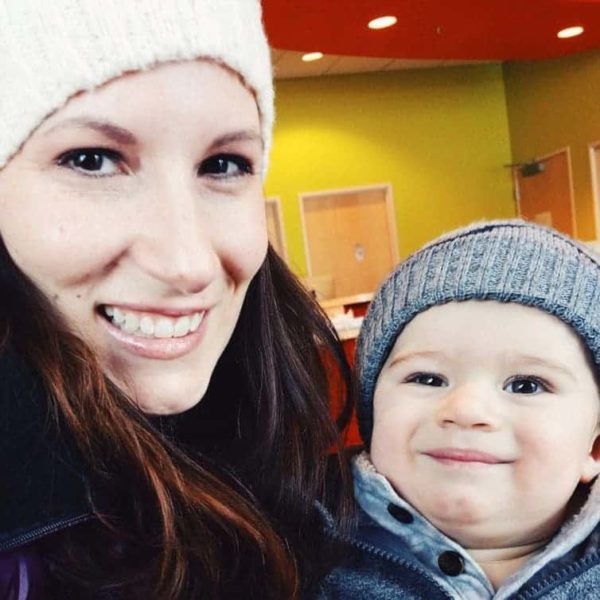 Joseph & I waiting for his 12-month checkup | browneyedbaker.com

1. Thank you to everyone who took the time to wish Joseph a happy birthday this week! We had so much fun celebrating and reminiscing about the last year. He had been taking little baby steps every now and then for a couple of weeks, but on his actual birthday, he walked the length of our coffee table, and ever since he’s been trying to walk every time he stands up!

His 12-month appointment went great… he’s 22 pounds,  29.75 inches and wonderfully healthy. He had been trucking along at the 7-8th percentile for height since he was about 1 month old, but hit a major growth spurt since our last appointment… he’s now at 47th percentile!

And what a difference a year makes! :) 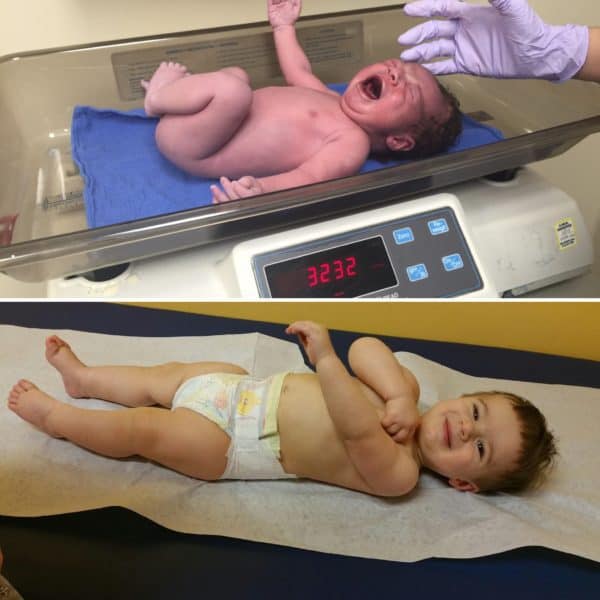 2. Are you in the path of the massive snow storm/blizzard that’s hitting the eastern part of the country this weekend? We’re on the very northwestern fringe, so I think we’ll only get a couple of inches here. If you’re getting some heavy stuff, I’m secretly jealous, but be safe and stay warm!

3. With the passing of Glenn Frey this week, I heard a lot of Eagles songs on the radio and on TV, and it totally took me back to high school. I was a little on the young side for The Eagles – they broke up the year I was born, but Hell Freezes Over was released when I was a freshman in high school and I played that CD on my little Sony boombox over and over and over again. I have vivid memories of laying down to take a nap on Saturday afternoons before doing whatever my 15-year-old self was going to be doing that evening – a basketball game, movies, going to a friend’s house, etc. – and I would put that CD on repeat.

4. If you have DirecTV – have you seen the crazy creepy promo for a movie about psycho grandparents? It freaks me out every single time it’s on; I really wish they would stop!!

5. This would absolutely be Einstein…

6. I’m in love with this room and that view…

7. This is a fascinating article about a former flight attendant on Air Force One >> Pacers Usher Worked for Three U.S. Presidents.

8. Some good tips on how to organize baking supplies… I feel like I need to reorganize my pantry every two weeks, ugh!

9. I’m sure you’ve heard by now that there’s going to be a FRIENDS REUNION! Ahh so excited! But no Matthew Perry? Bummer. I think I’m still more excited for Fuller House to be released on Netflix, though!

10. TGIF! It took Duke and Einstein a couple of days to recover from Joseph’s party :) 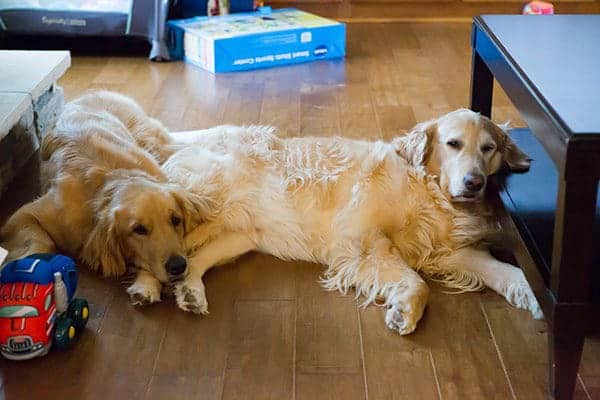