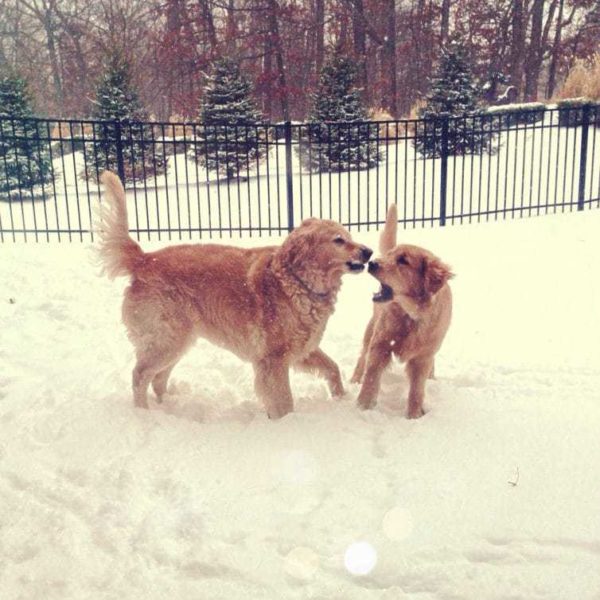 1. We had an awesome little snowstorm last weekend that dumped a total of about 6 inches into our backyard. I got some stuff done around the house, and even baked up homemade pizzas. Einstein and Duke loved running around and playing in the snow. Duke will sit with his head tilted back, mouth open, trying to eat the snowflakes. I love these guys! :)

2. EXCEPT… Duke has developed the awful, awful habit of snacking on poop. Ugh! Bleh, bleh bleh. My mom’s dog does this and I’ve always thought it was disgusting. I’ve counted my blessings that Einstein never developed that habit, but it’s come around to bite me in the butt. This is a recent development, so I don’t know if it’s because they’re frozen and he sees them sort of like “sticks”, but oh my, it must stop! We’ve seen suggestions about mixing pumpkin into food (didn’t help), sprinkling hot sauce on the poop (only works if you can see it and it’s not buried in the snow!), and mixing steamed broccoli into food (haven’t tried that yet). Does anyone have any recommendations? We need HELP! Ew! Bleh! Gross!

3. Confession: Don’t hate me, but I fist pump when I get winter weather advisories and winter storm warnings on my phone. I just love a good snow storm! So cozy and pretty! My Chief Culinary Consultant and I were just reminiscing about the blizzard of 2010; he was living outside of D.C. at the time, and we were snowed in all weekend. LOVED IT! This is what one of the streets near his apartment looked like (we ventured out once it stopped snowing; it was SO quiet – there are some cars buried under that snow!): 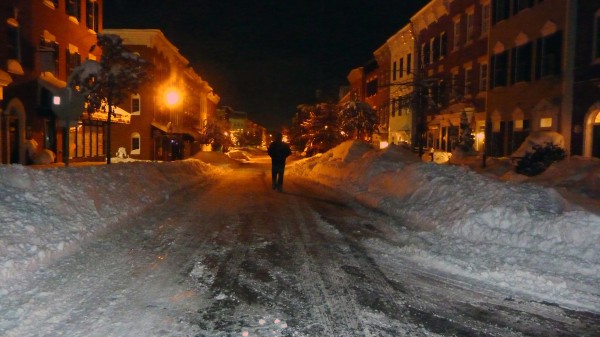 4. While I love the snow, the insane cold weather this year has left my skin a total wreck. My face has been SO flakey. Literally, within 10 minutes of putting on moisturizer, my forehead is covered in dried skin. I’ve always used the same skin care products year round (a hydrating formula), but I finally broke down and bought some products that were winter-specific. After using them for the bulk of this week and not seeing a single speck of dry skin on my face, I wanted to share my recommendations with you!

I’m a very loyal Bobbi Brown customer (disclaimer: I have no affiliation with Bobbi Brown, just love the products!); her skincare totally works for me, and I love, love, LOVE her makeup, so I naturally turned there when I needed more oomph in the moisture department. Below are the items I added to my winter skin care arsenal: 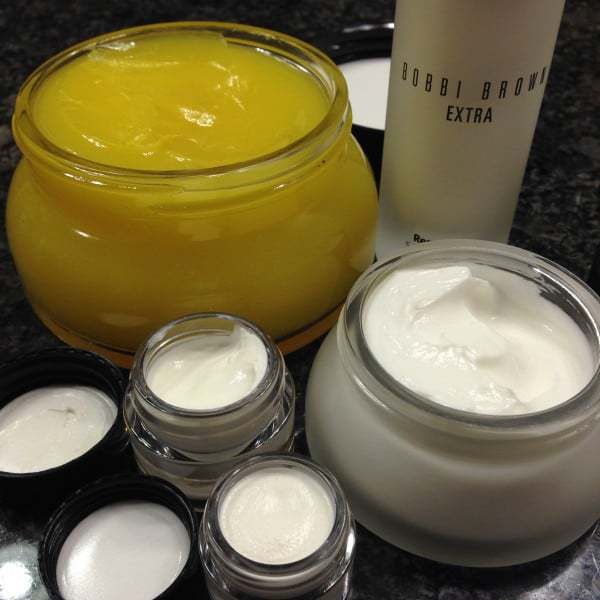 BobbiBrown.com was running a special when I ordered, so you could pick two skincare products to sample along with your order. I got the Extra Repair Moisturizing Balm (middle) to use as my nighttime moisturizer, and the Extra Eye Repair Cream (bottom) since I was getting some flaking around my eyes, as well. I am loving both of these products, and will plan on purchasing them when the samples run out, although a little goes a long way, so they might last me through the winter!

5. I just caught wind a few days ago that some companies were releasing their Super Bowl ads early. The Clydesdales have always been among my favorite ads, and I saw that Budweiser had a new ad out this year… one with a puppy! In case you like to be surprised, I won’t embed the video here, but you can watch it on Adweek. After watching that, I followed the link to the ad from last year, which I somehow had not seen… And then I cried.

6. Are you planning a Super Bowl party this year? If so, what’s on your menu? My father-in-law’s birthday is Monday, so we are taking him out to lunch on Sunday, and then having snacks and birthday cake for the Super Bowl! 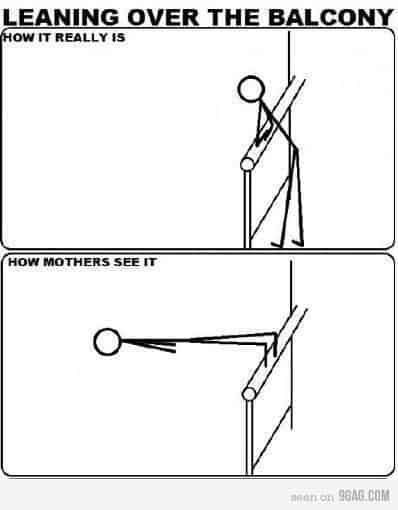 I immediately forwarded it to my mom and sister. Back when I was in middle school, my family went on vacation to Virginia Beach. One day, we took a cruise around the Chesapeake Bay. I had my trusty camera with me, snapping photos like a good little tourist. My sister was next to me, and apparently she made some sort of movement, like getting up on her tippy toes, standing at the (ahem, very high) balcony. My mom naturally saw this movement as totally life-threatening and went into mom panic mode, ran over to my sister, arms flailing, to pull her away from the balcony. In the process, she managed to knock the camera out of my hands and… plop, right into the water below. I threw a fit, my sister threw a fit, and I’m pretty sure my dad walked away and pretended not to know us. My camera sits at the bottom of the Chesapeake Bay to this day (or it washed ashore and someone has pictures of an awkward 12-year-old’s family vacation).

We’ve laughed about that story so many times since then, but oh man, when I saw that diagram, it was the first thing I thought of!

8. Be forewarned, the following is a sad, sad story… Earlier this week, a Pittsburgh police K-9 dog, Rocco, was brutally stabbed by a suspect during an arrest. He was badly, badly injured, and in the day or so that followed, required two emergency surgeries. He lost nearly all of his blood, and the local news got word out that the vet hospital where he was being treated (PVSEC), was in need of canine blood donors. I called as soon as I heard, and was going to bring Einstein to donate, however they said their needs had already been met by an overwhelming response.

They did tell me, though, that they have a blood bank onsite and that you can bring a dog to donate at any time so they have supply in the event of an emergency. I wanted to share the story because I didn’t know that blood banks existed for dogs. Apparently, this is the only one of its kind in the Pittsburgh area. If you have a healthy dog and are interested in donating blood, call a veterinary emergency center near you to find out if they have such a program and how you can help. 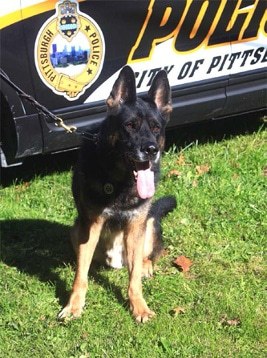 I cried last night when I found out via Twitter that Rocco didn’t make it :(  Einstein and Duke got a lot of extra hugs and kisses.

Rest well, Rocco, and thank you for your service. I hope you’re dashing through an obstacle course somewhere warm and sunny.

9. As you can tell, I’ve been rather weepy over dogs the last few days, between the Budweiser commercial and Rocco. Sheesh! I’m pretty sure my Chief Culinary Consultant is ready to ban me from Twitter and YouTube. It’s a good thing I’m planning a carbalicious dinner for tonight (cheesy meat lasagna!). That should help, and I’ll top it off with some chocolate :) 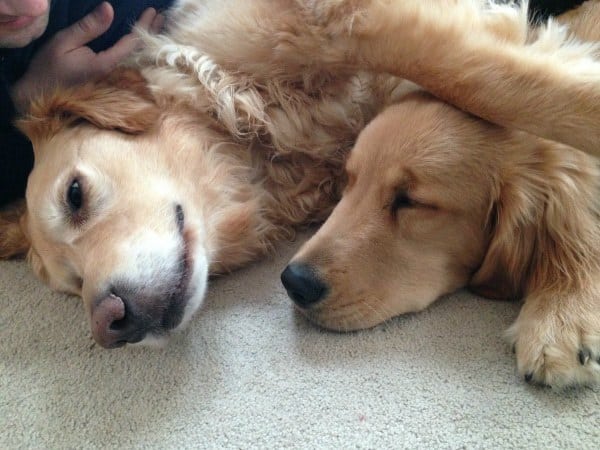