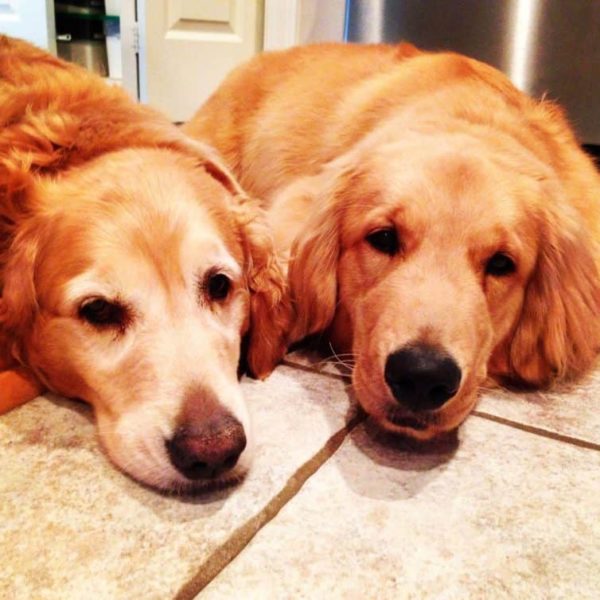 1. Duke and Einstein had a moment yesterday where they peacefully coexisted side by side without playing tug of war with a toy or wrestling. It was sweet. And it lasted less than five minutes.

2. My in-laws’ neighbors have a Golden Retriever, Deacon, and when we were over there with Duke and Einstein last week, they brought him over. Goldens everywhere! Duke wanted to play hardcore, Deacon was a little skittish, and Einstein retreated as far away as possible with a stick to chew and ignored everyone. So… that’s how that went. 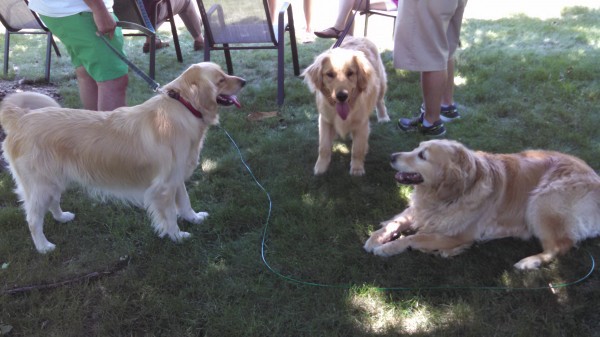 3. If you spend a lot of time outside and are crafty, this tutorial on how to make homemade citronella candles is awesome!

4. There has been a huge bowl of fruit salad taking up permanent residence in our refrigerator for the last three weeks. My Chief Culinary Consultant and I are on a total fruit kick and can’t stop eating watermelon, cantaloups and berries. PLUS, mangoes are finally getting good around here! Hallelujah!

5. Another great article from Food52 this week – Alice Medrich’s Guide to Freezing Baked Goods. I don’t think it’s ever a bad idea to have a stash of sweets in the freezer :)

6. Love this Mashable list of what to binge-watch next on Netflix. It’s a whole list of “if you like X, then you should watch Y”… I need some suggestions now that every single show I watch is done for the season. And, oh my gosh, that Game of Thrones finale! I’m still plugging away with Scandal; I’m not quite halfway through the second season, but I’m officially sucked in. My Chief Culinary Consultant and I watched the first episode of the original House of Cards; I was surprised at how closely the Netflix version stuck to the original storyline, albeit with significantly more character development thus far, which is to be expected since there were only a handful of episodes of the original.

7. We watched the new Jack Ryan: Shadow Recruit movie this week. My Chief Culinary Consultant and I have both been a fan of all of the other Jack Ryan movies based on Tom Clancy novels, and this one was good, as well. I would recommend if you’re in a TV and movie rut!

8. Over the course of a couple of days, the bulk of my sports watching disappeared, with the NHL and NBA finals ending. I was happy to see that both teams I was rooting for won, though! Now on to lazy days of summer baseball, and filling my calendar with the Steelers schedule, and awaiting the Penguins’ schedule release on Sunday. They are my second and first sports loves, respectively, after all!

9. I almost forgot – Wimbledon starts on Monday! I’ll definitely be watching that; if you will as well, then you should whip up a Pimm’s Cup to sip on while you watch. One of the most delicious drinks I’ve ever had!

10. TGIF! Just me and Duke, lounging around… 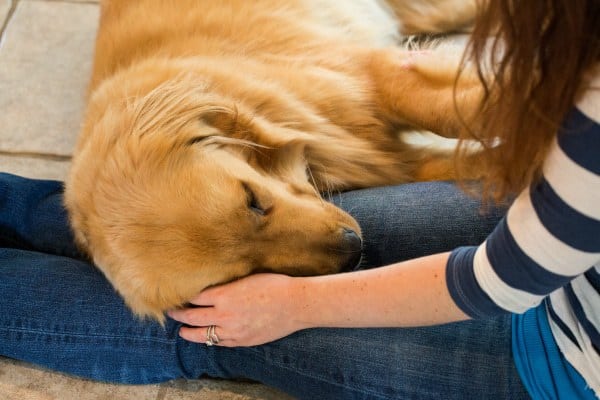