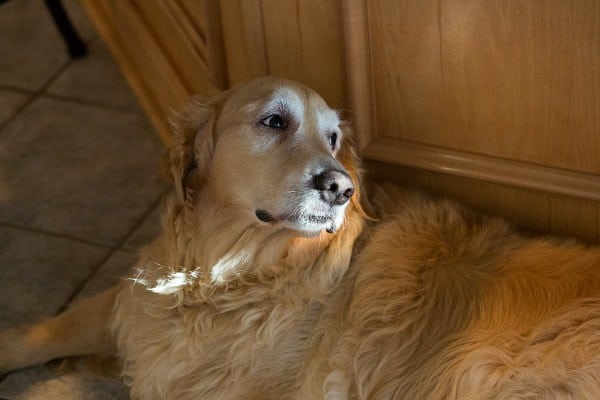 1. Duke finally got over his little sickness, and then this past week I was at the vet with Einstein. It’s been like a revolving door there! Last week I noticed after he got up from a nap that his right eye was really bloodshot and rolling up in a weird way. I was terrified at first and thought maybe he had a stroke (I don’t even know if dogs have strokes??), but then it went back to normal. By the next day it was looking weird off and on, so after two trips to two different vets over the weekend, stain tests, glaucoma tests, eye pressure tests, neurological tests… turns out that he had some inflammation of the eye, which the vet said could have been caused by a number of things. A regimen of antibiotic eye drops and an eye gel was prescribed, and his eye is now finally looking almost back to normal. Poor guy! I hope my pups can stay healthy for a long stretch now!

2. I’m closing in on 23 weeks along, which is so crazy to me. I can’t believe how fast the time has gone, and how quickly January will be here. I’ve still been feeling pretty well, although I’ve discovered heartburn and indigestion, both of which are totally new to me. Not fun! And the one and only aversion I seem to have right now? Bananas. So weird! It’s not that I don’t want them, but they seem to be sitting really heavy in my stomach for some reason. Other than that, it’s been life as usual, albeit with a growing belly!

3. I managed to allow my super pretty petunias and gardenias from this summer to die during August. Oops. I righted the wrong by buying some gorgeous mums for the front door and back patio. What are your favorite fall plants?

4. Have you seen the video of the Ohio State marching band doing a montage of TV show theme songs during halftime last weekend? So amazing! I wonder how long it takes them to practice that?!

5. I’ve known for quite some time that King Arthur Flour has a Baker’s Hotline, where you can call in and ask someone your baking question. What I didn’t know is that they now have a chat function on their website, as well. It operates during normal business hours and you can just click the button on their hotline page, and get connected to one of their professional bakers for advice. I used it yesterday because I was stumped by the progress of my sourdough starter, and they were super helpful. They asked me some questions and let me know I was on the right track, and how to proceed. A truly awesome service!

6. Earlier this week, U2 released a surprise new album, Songs of Innocence, free on iTunes. I’m a huge U2 fan and loved it!

7. Speaking of music, my husband discovered Postmodern Jukebox this week. The founder, Scott Bradlee, is a trained jazz pianist and collaborates with other musicians to do vintage-sounding riffs on current pop songs. This one, “All About That Bass”, was the first one we saw, but there are TONS of videos on their YouTube page. I love the Royals song, but the weird clown singing kind of creeps me out ;-)

8. I love this article from the Today show about the last known 9/11 Ground Zero search dog. It obviously tugged at my heart strings because she is a Golden Retriever, but what a wonderful story!

9. If you have an iPhone, do you use the Reminders application? I’m trying to put it to use, but the reminders don’t always go off! Sometimes they do, sometimes they don’t, and when I snooze one, it never comes back on 15 minutes later. It seems like this should be a lot easier to master than I’m apparently making it, but any tips or suggestions on getting this to work correctly? (I do set a day/time for the alert to go off and activate the radio buttons next to the reminder.)

10. TGIF! I hope you have an awesome weekend and do a lot of lounging around… :) 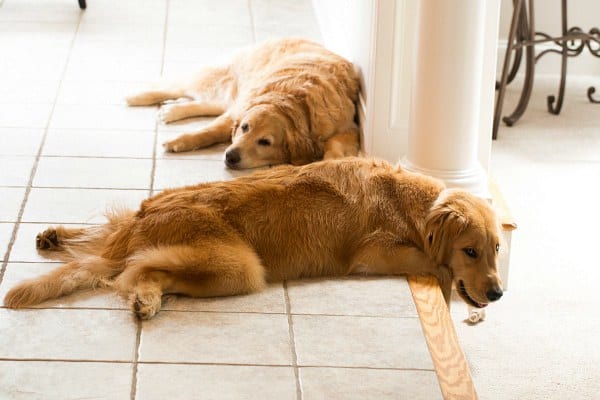