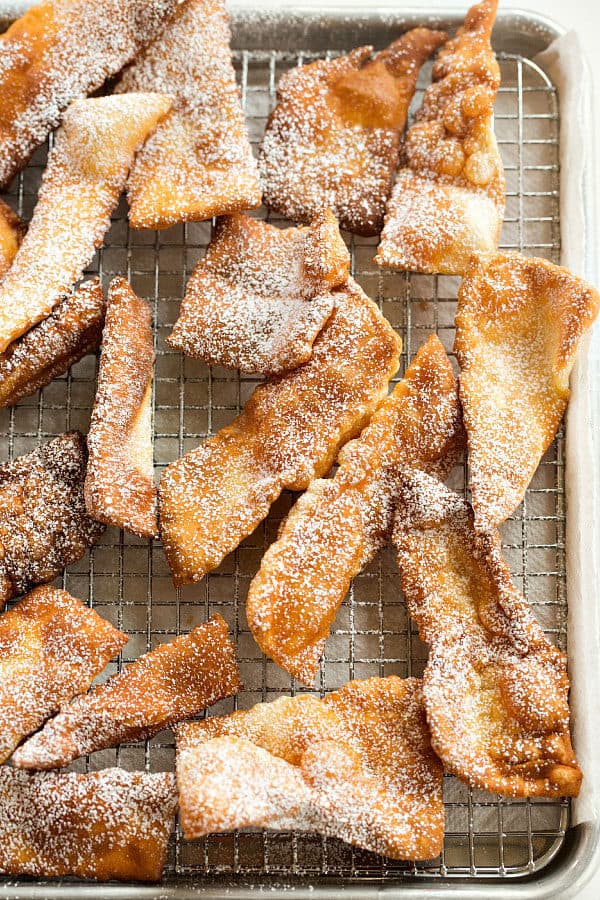 Growing up, our family had the same routine every year on Good Friday – we would go to church in the afternoon, go home and relax, then head over to my grandma’s around dinnertime. Her kitchen would be overflowing with her usual Easter fare – pigu, bacon and cheese bread, and this fried dough.  The bacon and cheese bread was off-limits until the following day since it had meat, but everything else was fair game. We’d usually order a cheese pizza and then hunker down to watch a movie. Sometimes it was Easter-related, but I distinctly remember one year watching Stephen King’s The Stand. That turned into an entire weekend event and some crazy dreams!

I can remember a huge tray piled high with this fried dough sitting out in her kitchen, and then again at my mom’s on Easter Day. My grandma only ever made it for Easter, and I would waste no time devouring this once-a-year treat. 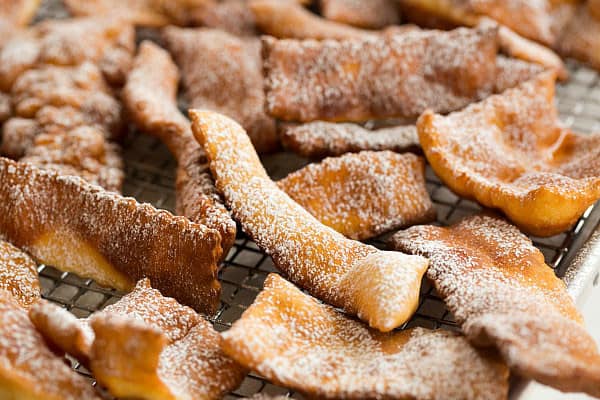 I don’t remember my grandma making these very often since I was in high school, which may have had to do with her hands becoming weaker. The dough is kneaded and rolled out by hand, and it’s a very stiff dough, which means that it takes some elbow grease! I’m sure you could use a stand mixer to knead it and even a pasta roller to roll it out if you’d like, but I went the traditional method and did everything by hand.

I recall my grandma’s pastries being twisted into little bow-tie shapes. I tried to do it, but they came unraveled while frying and just ended up a little twisted. I wish I could ask her how she did it! We always referred to these as “fried bow ties”. 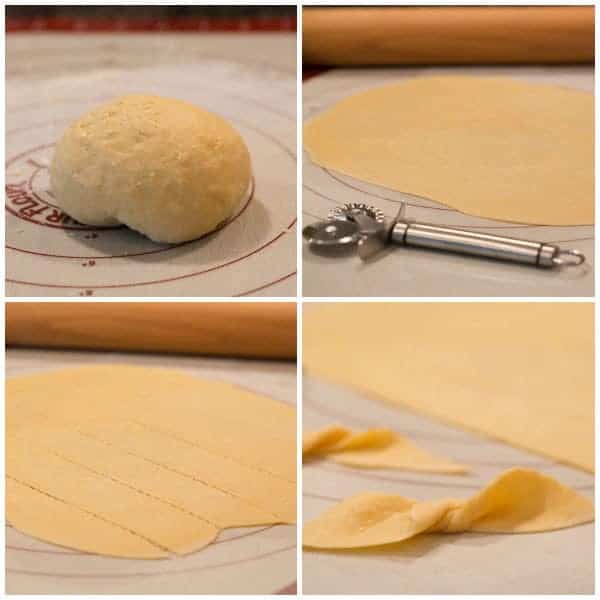 You know that old family recipes are my favorites, so I was thrilled to finally make my grandma’s fried pastries. An Easter tradition revived! 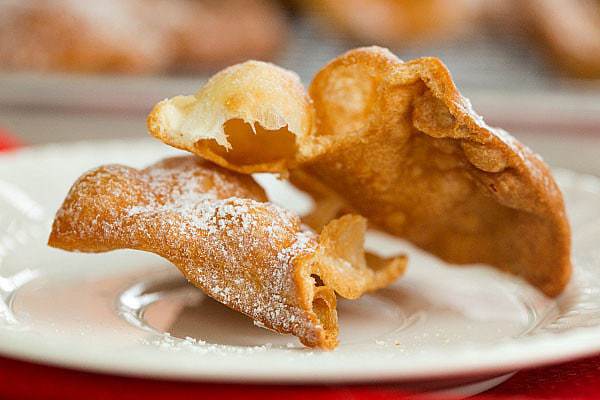 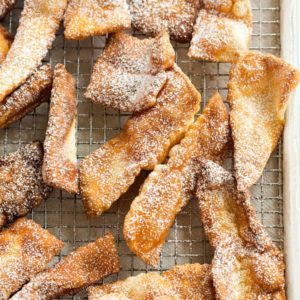