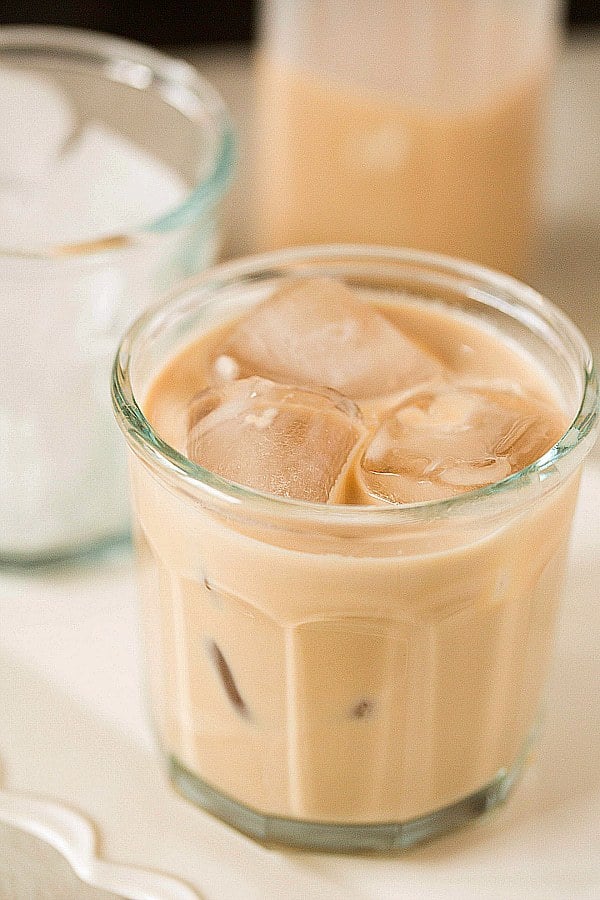 It’s the week of St. Patrick’s Day, and I’m bringing you three straight days of festive recipes perfect for your March 17th celebrations! In years past, I’ve enjoyed using Baileys Irish Cream in recipes such as Car Bomb Cupcakes and Guinness Chocolate Cake with Baileys Irish Cream Cheese Frosting. A few weeks ago, I started thinking about what types of recipes I wanted to make for St. Patrick’s Day and began thinking about the possibility of creating Irish cream liquor at home instead of buying a bottle. I did some Googling and found a ton of recipes that already existed… I narrowed them down to the ones that began with a base of Irish whiskey (versus vodka, which some recipes called for) and went from there. In the end, I couldn’t believe how insanely easy it was to whip up this popular liquor at home with ingredients that I already had on hand. Five minutes is all you need! 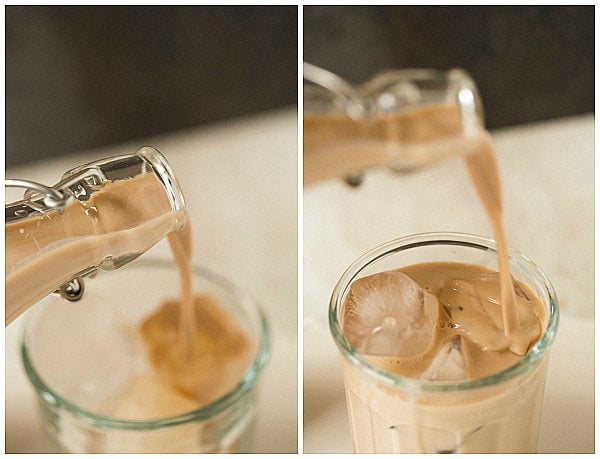 Start with Jameson whiskey (or your favorite brand of Irish whiskey), then throw in some cream, sweetened condensed milk, instant coffee, chocolate syrup and vanilla and give it a whir in the blender for a few minutes until blended and creamy. Funnel it into pretty bottles and refrigerate for up to 2 months! You can use it in recipes or give it as a gift for holidays or special occasions.

The drink is smooth, creamy and definitely packs a little bit of a punch! 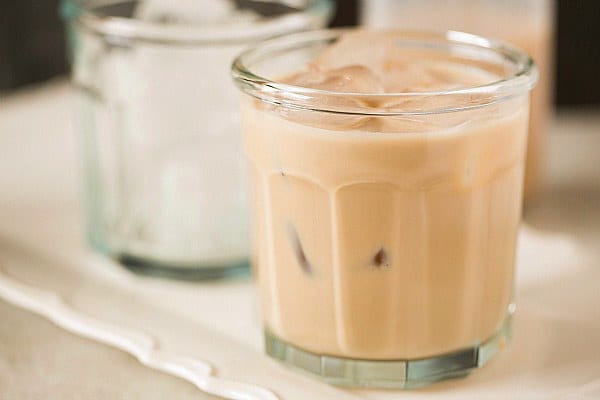 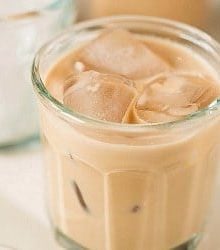