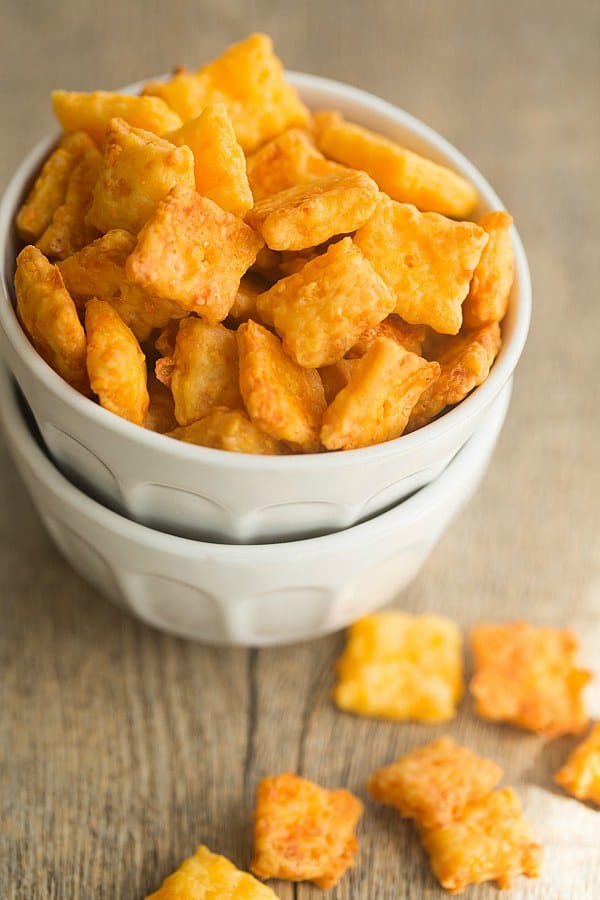 Like most processed, packaged snacks, I didn’t really get into Cheez-Its until high school. Waaaaaay past the days of grade school sleepovers with Ritz crackers and spray cheese. Seriously, why did cheese from a can taste so good?! As far as snacks go, Cheez-Its were pretty darn good – they were crunchy, a little salty, and totally cheesy. That’s pretty much all I’ve ever needed to be sold on a snack.

Even though I’ve been making homemade version of packaged snacks for awhile now (Klondike bars, Twinkies, Hostess Cupcakes, Nutella, peanut butter cups), I never fail to be amazed at how relatively easy each one is to recreate at home. These replica Cheez-Its were no exception; it takes only 5 minutes to make the dough, then it’s just rolling out and cutting! 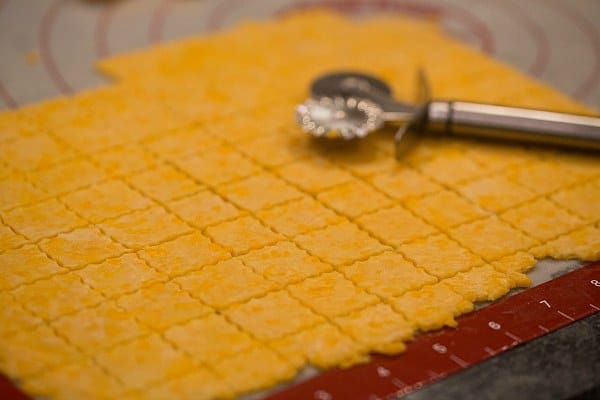 Can you believe that these only have five ingredients?! Just cheddar cheese, butter, flour, salt and water. That’s it!

Do you know the incredible thing that happens when a simple list of ingredients is used? You can taste each and every one of them, in all of their glory! These crackers might be the best thing to happen to my kitchen since… well, those peanut butter cup cookies I made yesterday… both were total winners!

These crackers taste unbelievably cheesy and buttery. When I took the pans out of the oven, my Chief Culinary Consultant and I hovered over them, popping cracker after cracker into our mouths until we had to slowly back away from the counter. Needless to say, these lasted a mere day in our house. If I would have had more time before we left, I would have made a double batch for car snacks on our way to the beach. They would have been perfect! 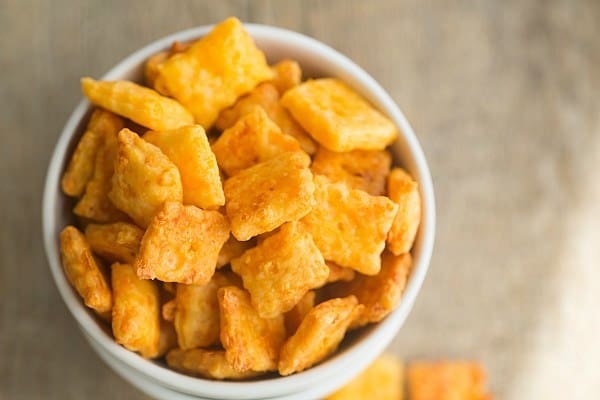 The directions state to bake these for 15 to 17 minutes. The first pan I baked the lower amount, and found them to be closest to the color of the original Cheez-Its, albeit not quite as crunchy. The second batch I left in for an additional few minutes, and while they were a bit browner than what you’d normally see, they tasted pretty much exactly like them (minus the chemicals, of course!) and were super crunchy. That second batch was our preference, but feel free to play around and see what texture you prefer.

I think it’s safe to say you should just go ahead and make a double batch of these replica Cheez-Its before you get seriously upset with someone for eating the last one! 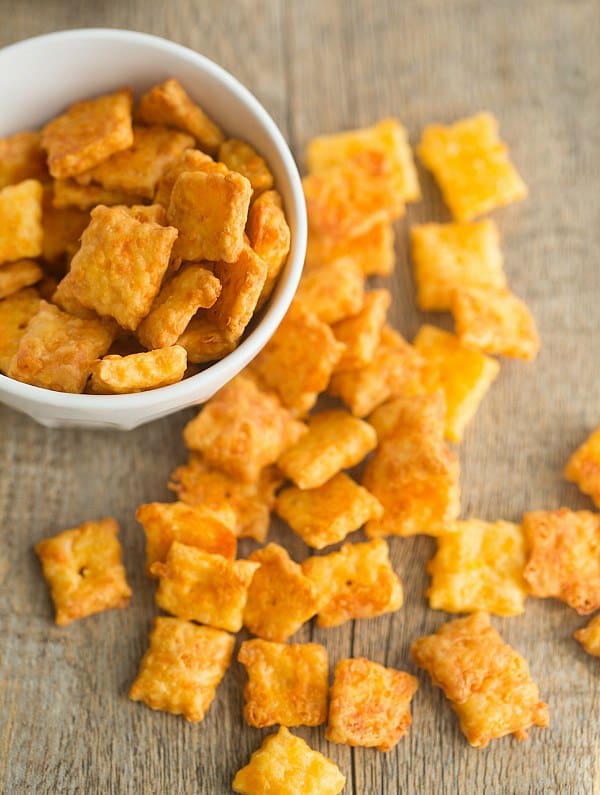 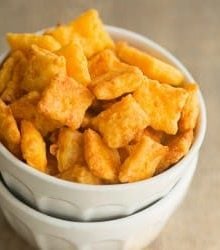