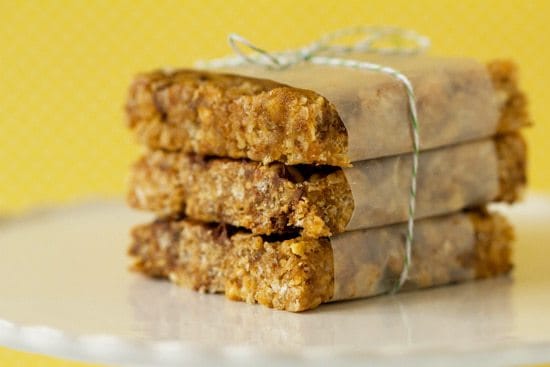 I had been in the dark about Clif Bars until just a couple of months ago. I had heard of them, but I typically don’t buy bars like that, so I had never tried one. I met a good friend for dinner one night, and she was giving me the details about her relatively new job. Among the perks were free, healthy snacks in the cafeteria area. She said that there were bins of Clif Bars, and when I mentioned that I’d never tried them, she pulled one out of her purse and gave it to me. A few days later I was spending the bulk of the morning running errands and without fail, found myself starving. I didn’t want to get fast food or hit a vending machine and then remembered that I had the Clif Bar in my purse. I dug it out and gave it a try. It took approximately 2.2 seconds for me to realize why so many people are such big fans of these bars. It only took another 10 seconds to start brainstorming ideas for a homemade version. Through some trial and error, I came up with an awesome replication of the Chocolate Chip Peanut Crunch variety. 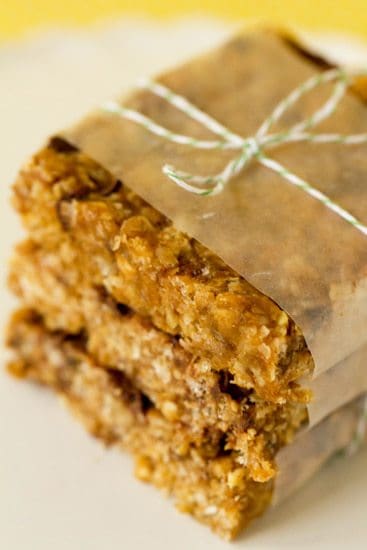 Even though there isn’t anything inherently “bad” for you in these bars and they are certainly a step above your typical processed granola bars, but I still relish making anything I can from scratch in my own kitchen. I grabbed the wrapper to study the ingredients, did some Googling and finally came up with these bars. I absolutely love them – they’re sweet, chewy, a little crisp and packed with flavor. These are sweetened with brown rice syrup, don’t include any sugar and are gluten-free. These make an awesome snack, and are a perfect substitution for breakfast or lunch if you’re running late or on the go.

If you’ve had them, what’s your favorite Clif Bar flavor? 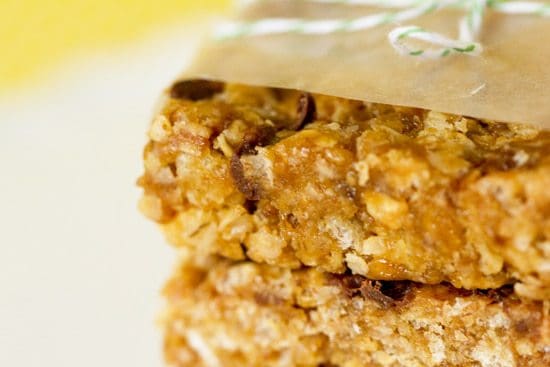 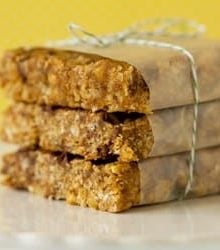