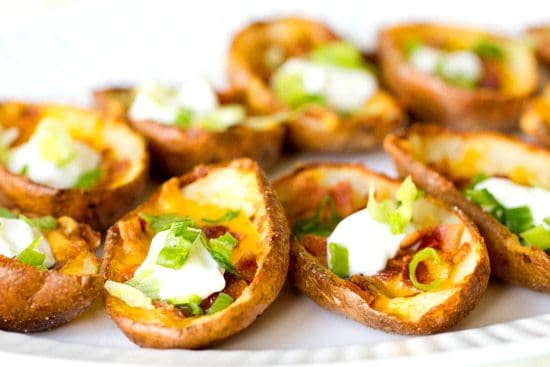 I love, love, love appetizers. I love them almost as much as desserts. In fact, if I could arrange it so that the main dish was eliminated from meals and we only ate appetizers and dessert, I would be in food heaven. That sort of sounds like the type of platform that someone running for student body president in high school would run on, doesn’t it? First of all, it would be awesome if the real-life, grown-up elections that we have to endure now were more like those of our youth. Second of all, I would vote all day, every day for someone who was proposing meals consisting solely of appetizers and desserts. When it comes to appetizers (or any food, for that matter), I’m not a fancy girl. Forget the caviar or highfalutin hors d’oeuvres. Give me dips, chips and potato skins. Carbs, cheese and bacon. That’s my speed. And if that’s wrong, I don’t ever want to be right. 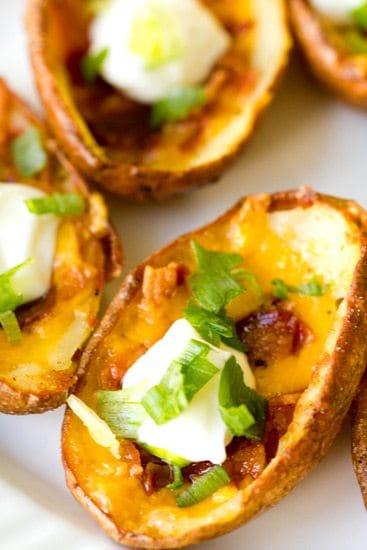 I’ve been in love with potato skins since I was a kid and my cousin worked at a small diner-style restaurant in our town. My mom would take my sister and I there to say hi and get a bite to eat. The only thing I remember from those little trips were potato skins. Since then, I’ve gravitated to potato skins on every appetizer menu I’ve seen. They’re crispy potato skins filled with cheese and bacon, topped with sour cream and green onions. Basically, these are everything that is good about appetizers. And football season. And life. Make them, love them, and cheer on your favorite team. 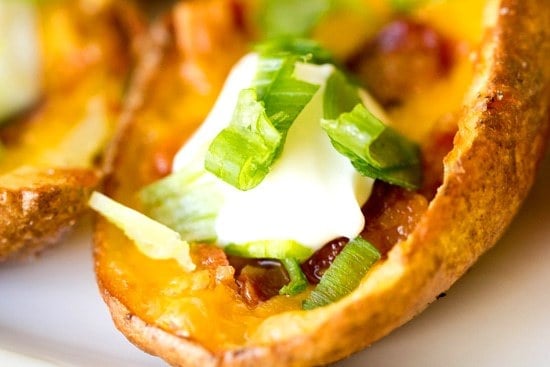 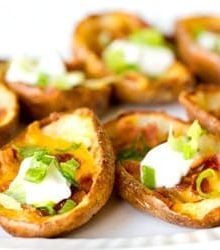