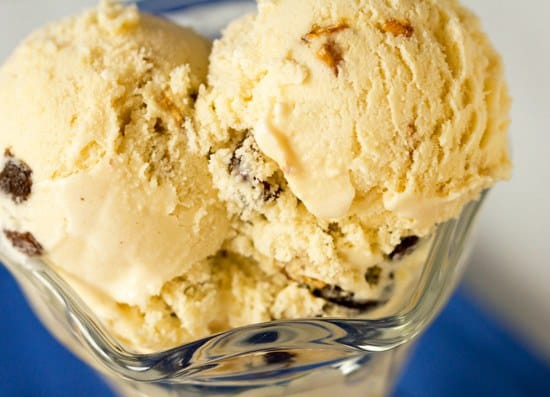 Just because we’ve jumped the seasonal fence and have ended up on the other side of Labor Day where it’s taboo to wear white, it certainly doesn’t mean that we have to say no to ice cream as well. I can’t be stopped when it comes to ice cream consumption and my taste buds know no season. Whether it’s a blazing hot summer day or I’m bundled up under a blanket with a blizzard swirling outside, I’m just as likely to crave ice cream on either day. I definitely make more homemade ice cream during the summer, but I like to experiment with more fall-inspired flavors once the seasons start to turn. I kicked off the fall season with apple pie ice cream a couple of weeks ago and finally made room in my freezer for a flavor I’ve been pining over since I bought The Perfect Scoop years ago – Oatmeal Raisin! Oatmeal raisin cookies run a close second to chocolate chip cookies, which long ago stole my heart. This ice cream is a fabulous replication of the warm flavors and textures in an oatmeal raisin cookie and is a perfect flavor choice for the cozier days ahead. 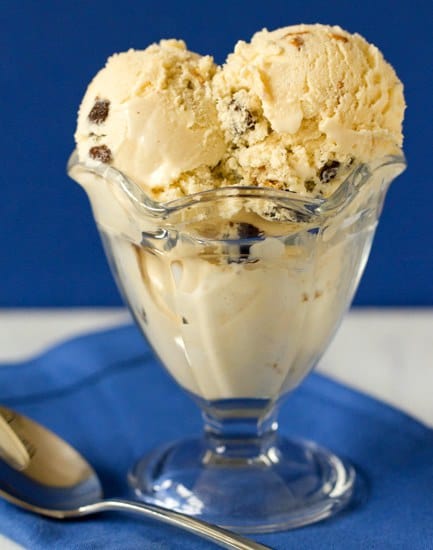 The basic ice cream custard is given some sweet depth with the addition of brown sugar and then an additional hint of spice with cinnamon. Once the ice cream is finished churning, pralined oats and whiskey-soaked raisins are folded into the ice cream before being loaded into the freezer. The crunchy oatmeal praline softens up a bit once it has time to sit in the freezer with the ice cream. Between that, the plump raisins, and the brown sugar and cinnamon in the ice cream base, what you end up with is one, massive oatmeal raisin cookie a la mode. Grab a bowl, your favorite cone, or just a spoon. If you’re a warm-weather person, this ice cream is your silver lining to the days getting cooler and shorter. If you’re a fall person, celebrate the season you’ve been waiting months for with this ice cream! 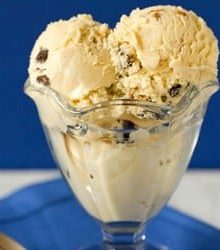 For the Oatmeal Praline: