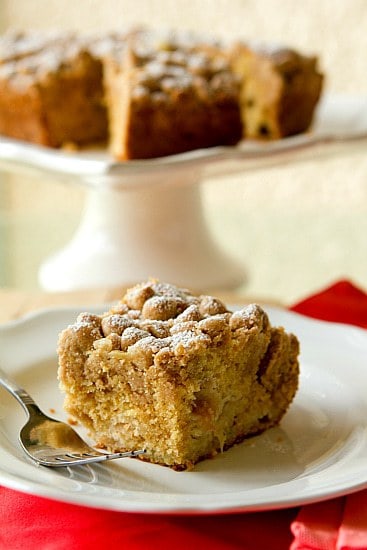 Spring has officially sprung, and there are very few foods or ingredients that scream spring to me more than rhubarb. As one of the first harvests of the year, rhubarb season peaks in April and May, and sometimes disappears from the grocery store by early summer. Since rhubarb can have such a small window of opportunity, I try to take advantage of using it when I find it. Strawberry-Rhubarb Pie is always a favorite, but when I was lucky enough to find rhubarb so early in the season while down in Florida, I wanted to try something different. While I have never been a big fan of traditional cake in the “cake and ice cream” sense, I am a huge fan of coffee cakes and crumb cakes. I did some thinking and decided that a rhubarb crumb cake could indeed be a fabulous addition to my springtime recipe repertoire. 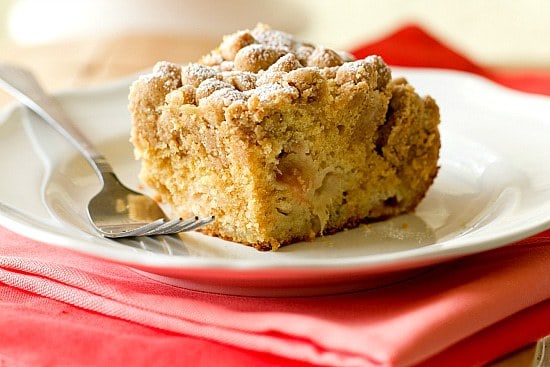 I did a little searching around and found this recipe in the New York Times for a rhubarb “big crumb” coffee cake. It sounded pretty much exactly what I was looking for so I wasted no time getting into the kitchen. I chopped rhubarb, made the crumbs, mixed the batter, and popped it into the oven. It ended up being what I like to refer to as a delicious failure. It took way longer to bake than the recipe stated and the crumbs sank into the middle of the cake, so there ended up being some cake, a layer of the crumb topping, and then more cake on top. It tasted great, but it was no crumb cake. I did some thinking, some research, and prepared for troubleshooting round number two of the rhubarb crumb cake. Below are the problems I identified and how I changed the recipe the second time around:

Problem #1:Tossing the rhubarb with sugar caused it to release its juices. The recipe didn’t state to drain it, so I used everything in the batter. I think this was part of the problem, as there was just way too much liquid, which caused it to take too long to bake.

Solution: I still tossed the rhubarb with the sugar and other ingredients, but then removed it with a slotted spoon and discarded excess juices.

Problem #2: The original recipe had a layering of batter, then rhubarb, then more batter. I didn’t think this was really necessary, and suspected it may have had something to do with the batter rising to the top of the cake, overtaking the crumb topping.

Solution: I didn’t incorporate separate layers into the cake when putting it into the pan. Instead, after the rhubarb was drained I tossed it with flour   (which helps to keep add-ins from sinking to the bottom of a batter) and then folded it into the cake batter, adding it all at once to the pan.

Solution: My approach to remedying this was two-fold. First, I thought that perhaps the crumb mixture was too warm when it was added to the top of the cake, and therefore melted and sunk into the batter. Once I melted the butter, I let it cool off a bit so it was still warm to the touch, but not piping hot when I mixed in the other ingredients. I then set a timer for 15 minutes and didn’t add it to the top of the cake before then, giving it time to cool off even further. Secondly, I thought that perhaps the cake was a little too heavy, and replaced the sour cream with buttermilk, which is what my favorite crumb cake recipe calls for. I thought it might create a lighter cake, allowing the crumb topping to sit nicely on top, instead of overtaking them. 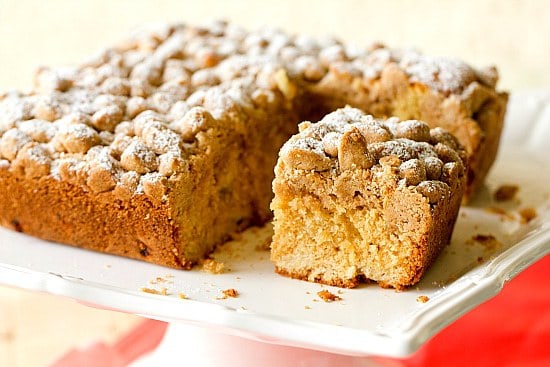 After all of those notes and fine-tuning the recipe, I ended up with a hybrid of the New York Times recipe and my favorite New York-Style Crumb Cake, with my own spin thrown in. The result was the crumb cake I had originally envisioned and was hoping I could create. The cake was light and moist, it was studded with sweetened rhubarb, and topped with a thick layer of delicious crumbs.

And it’s totally acceptable to eat for breakfast, as well as for dessert. 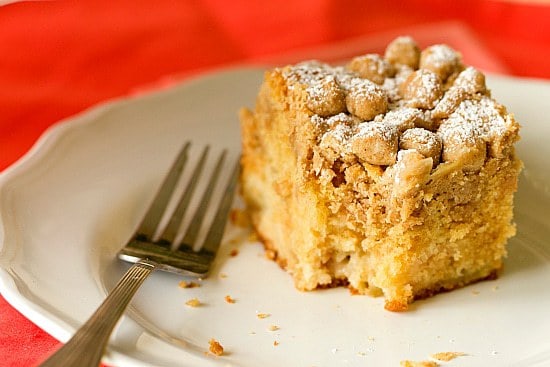 Disclaimer: This post was sponsored by Frigidaire. When you check out Suzanne Goin’s springtime recipes at www.maketimeforchange.com, Frigidaire will donate $1 to Save the Children’s U.S. programs. Plus, you’ll be entered for a chance to win the new Frigidaire Range with Symmetry™ Double Ovens– featuring two large ovens (that can each fit up to a 28 pound turkey!), providing the flexibility to cook multiple dishes at the same time at different temperatures, so you can get more on the table at the same time.[/donotprint] 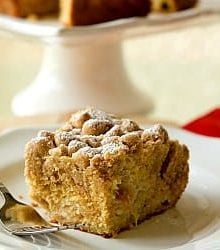