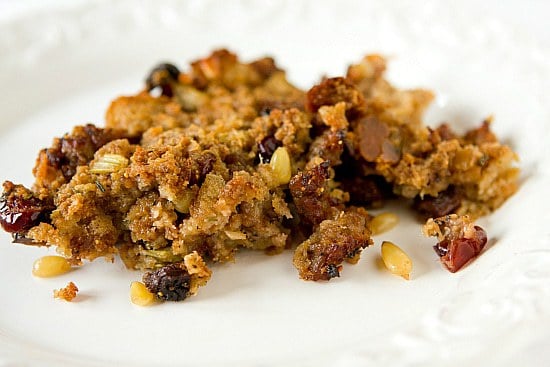 Yesterday I asked readers on my Facebook page what they were most looking forward to eating next week for Thanksgiving. I always look most forward to, surprise, side dishes and dessert! Most specifically, stuffing, mashed potatoes and dinner rolls are my go-to on Thanksgiving. I could easily eat a massive pile of each and call it a day (as well as a very successful Thanksgiving meal). For the most part growing up, stuffing was always really good, pretty much your standard onion, celery, chicken broth, poultry spice and cubed bread variety. Fast forward to last year when, a few weeks before Thanksgiving, I was watching Ina Garten make a rolled, stuffed turkey breast. This is the stuffing she used. I think it took me a good 10 minutes to pick my jaw up off the floor. This was maybe the biggest hit of Thanksgiving last year and my Chief Culinary Consultant has declared it the best stuffing he has ever eaten. Ever. 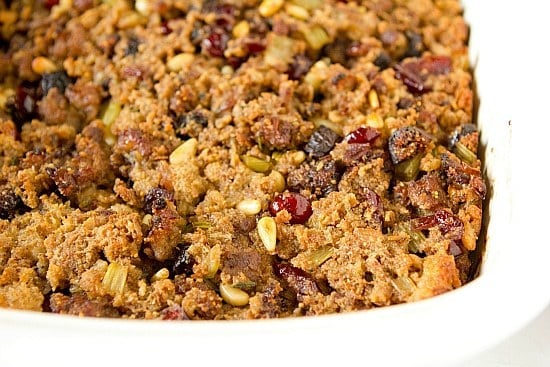 I couldn’t get over all of the outstanding flavors that dance around together in this stuffing. We obviously have sausage, figs and cranberries, but there’s more, so much more. Those figs and cranberries are soaked in brandy, wowza! We also have rosemary and pine nuts. And of course the staples of onion, celery, and seasoned stuffing mix. Basically, the most amazing clash of flavors in a stuffing that man has ever seen. 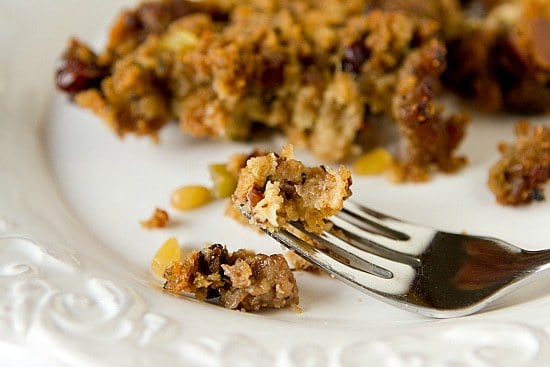 As I mentioned above, this was a HUGE hit last year. Everyone was ooh-ing and aah-ing over it, asking what was in it and how it was made. My plan this year is to somehow hoard a portion for myself. Shhh, I’m not going to tell anyone where I’m stashing it! I highly recommend making this stuffing – you will be crowned a Thanksgiving rock star (and really, what better type of rock star is there?). 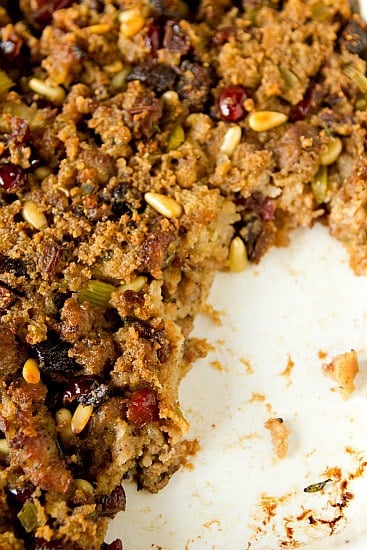 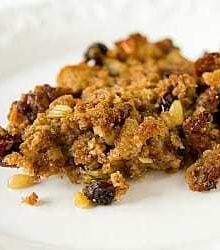