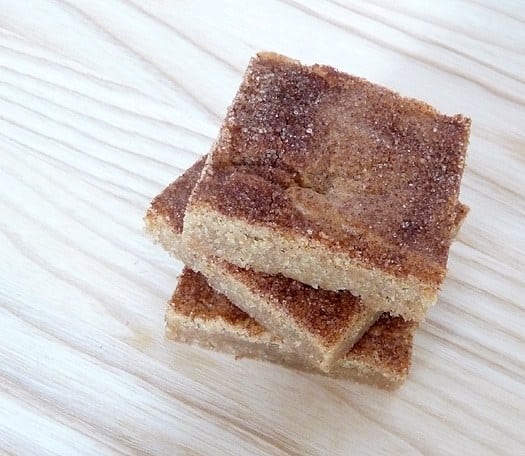 Last year around this time I finally discovered the most amazing Snickerdoodle cookie recipe. After many miserable failed attempts, I finally found the one. The perfect snickerdoodle cookie that comes out spectacular each and every time. To celebrate the anniversary of the occasion I decided to bake yet another phenomenal snickerdoodle-esque dessert. I haven’t done too much with blondies to date, but the Coconut Chocolate Chunk ones that I made last year are definitely a favorite. I have been meaning to try more varieties, and these snickerdoodle blondies were a great place to start! With a brownie-like texture that melts in your mouth and the characteristic sugary-cinnamon coating that snickerdoodles are known for. 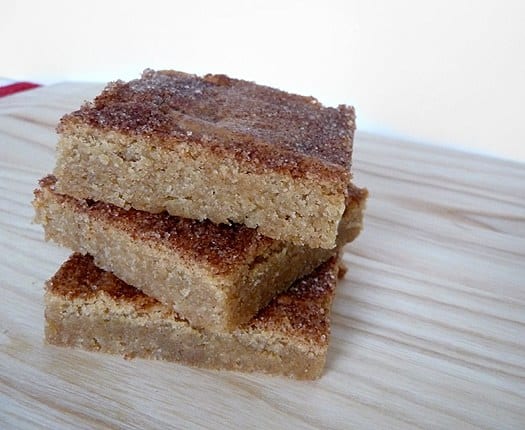 The cinnamon-sugar topping forms a fantastic crackly-crust that adds a perfect complementary texture and flavor to the blondie. These smelled amazing while they were baking, and even better once out of the oven with their warm, cozy, cinnamon aroma wafting from the kitchen throughout the house.

Do you have a favorite blondie recipe? 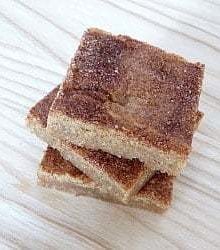