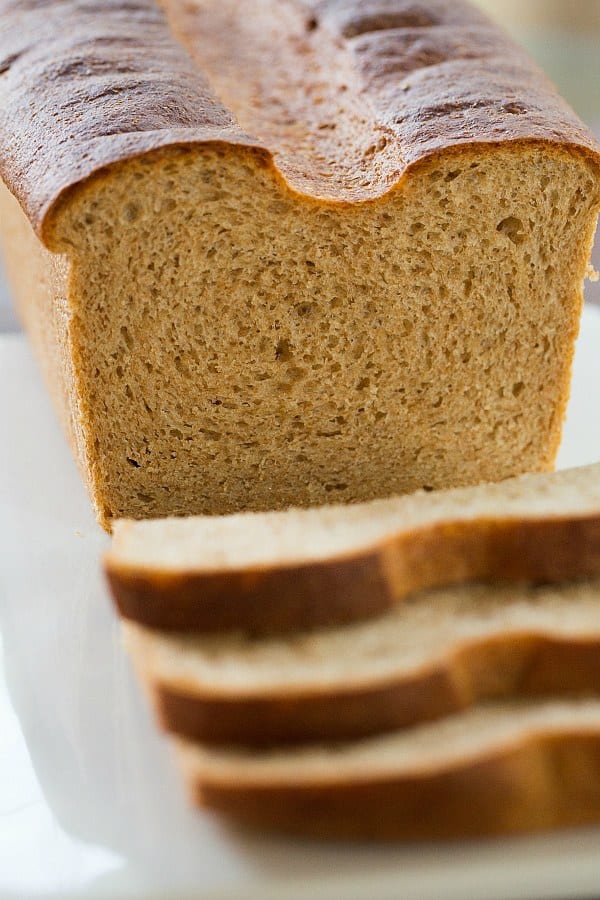 I have woefully neglected my bread-making over the last couple of years. Even though I’ve always to be that person that baked fresh bread every single week, it just didn’t happen. We’ve been keeping a steady stream of grocery store bakery bread in the house, and a couple of weeks ago I decided to revisit my attempt to keep our kitchen stocked with homemade bread. Around the same time, one of my best friends texted me and asked if I had a good whole wheat bread recipe that she could use for making her daughter’s sandwiches for school lunches. She had made the honey-oatmeal bread, but we both agreed that it was better suited for toast – a little bit too heavy for everyday sandwiches. I told her I hadn’t come across anything that I loved, each whole wheat bread recipe that I tried was on the heavy and dense side, not the light and fluffy variety you want for your run-of-the-mill turkey sandwiches.

On Friday, I asked for suggestions and I got tons of responses – thank you! I went ahead and tried the Cook’s Illustrated version, since it was specifically formulated to be a soft and light sandwich bread. Not surprisingly, it was everything I was looking for in a loaf of whole-wheat bread suitable for everyday sandwiches. 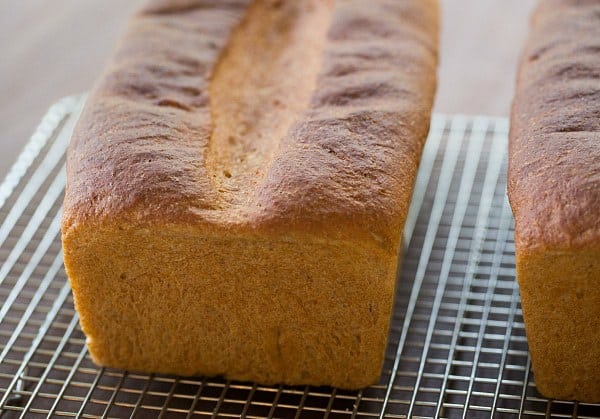 The one caveat with this recipe is that it is more time-consuming than its white bread cousin, American sandwich bread. You’ll definitely need to plan ahead to make this, but if you have been on the hunt for a great whole wheat sandwich bread, then you’ll love that you found this. Plus, the recipe yields two large 9×5 loaves – you can use one right away and pop the other one in the freezer. Depending on how many sandwiches you go through each week, you could have enough bread for at least two weeks worth of lunches. 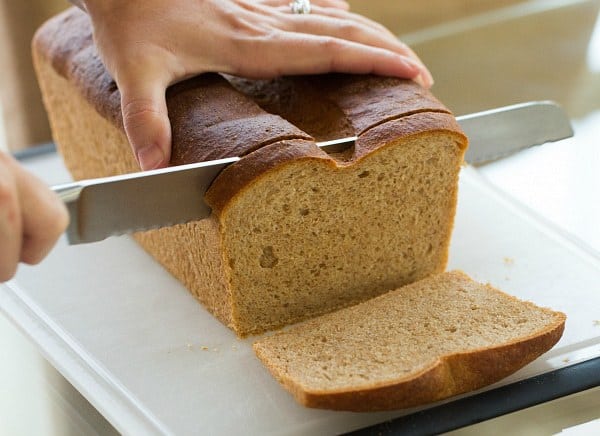 The day before you plan to make the bread, there are two components that you’ll need to prepare. The good news is that they each only take about 5 minutes to mix together!

The biga (pictured below, immediately after mixing and then the next day) acts as a bit of a starter, which helps to develop the flavor of the bread. The soaker, meanwhile, is a combination of whole-wheat flour, wheat germ and milk, and softens the bran, which creates a less-dense loaf of bread. It also helps to cut the bitterness in the flour, giving the bread a sweeter flavor. 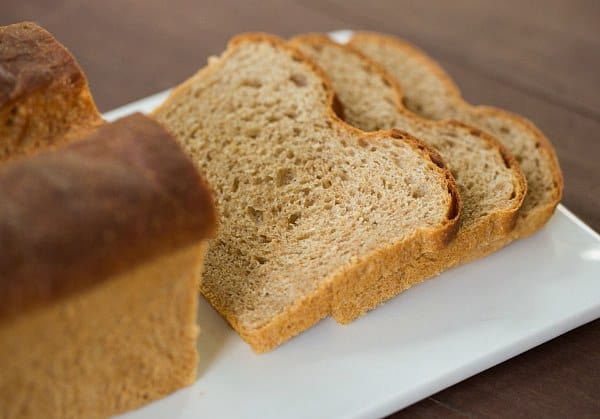 On the day that you bake the bread, there are three different raising times, though very, very little actual hands-on time. After the dough is partially risen the first time, it is folded onto itself multiple times just like the ciabatta bread I made recently. After that, it is left to finish its initial rise, then the loaves are shaped and left to rise again before baking.

To say that I am thrilled with this bread is an understatement. While a thick and hearty bread is great for toast or some “special” sandwiches, I’d rather get filled up by what is between the slices of bread than the bread itself, if that makes sense. This bread is absolutely perfect for your everyday sandwiches, whether you’re eating at home, taking something to work, or packing a lunchbox. It’s light, fluffy, and tastes just wheaty enough with a hint of sweetness. 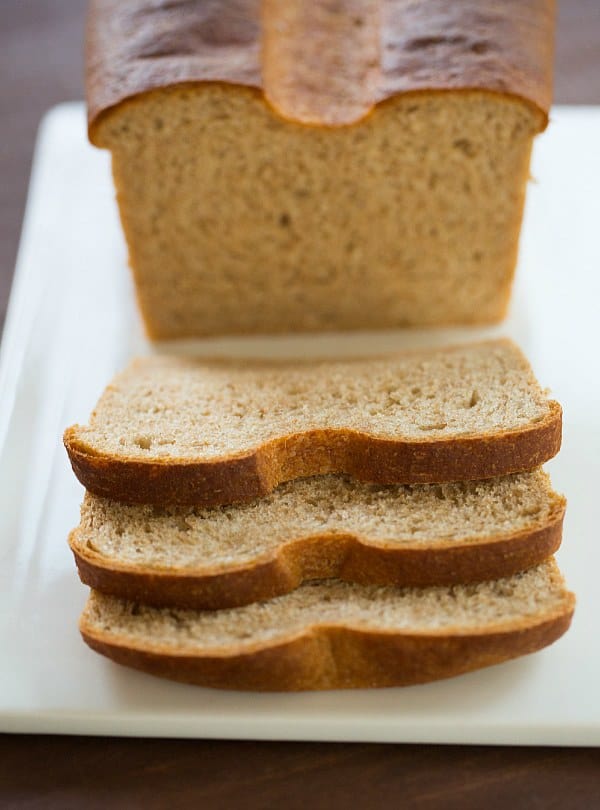 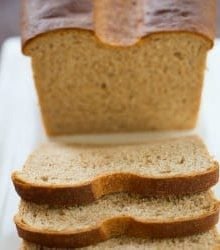