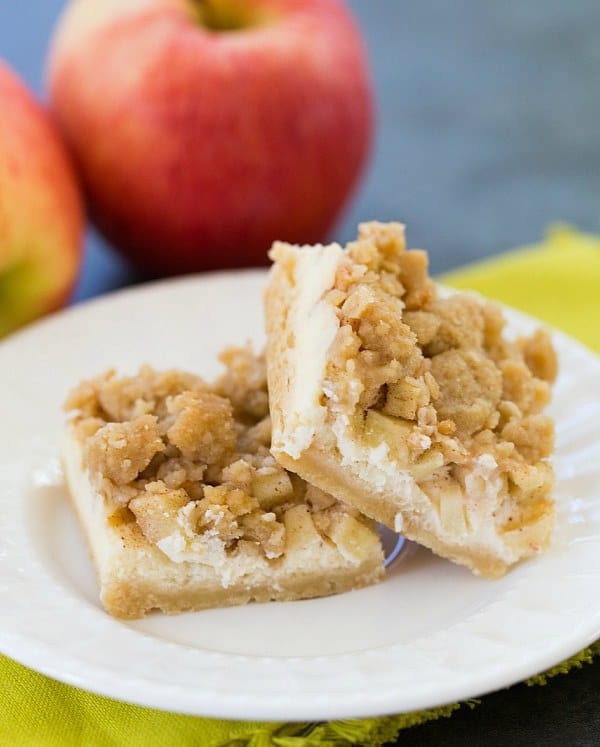 Fall baking doesn’t get too much better than that combination. I can’t ever turn down cheesecake, and that combined with apples (my fall obsession, especially in morning oatmeal), and a crumb topping is totally irresistible. These bars aren’t too sweet, aren’t too spicy, and a perfect blend of creamy cheesecake and thick crumb topping. 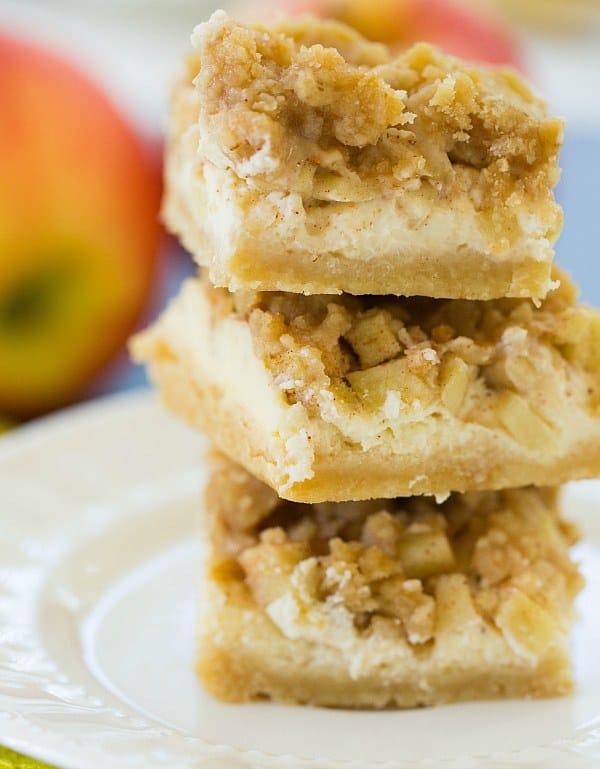 While there are multiple components to this recipe, I was pleasantly surprised at how quickly these can be thrown together and baked. There is definitely no need to be intimidated by these bars; forge ahead and bake them up.

I guarantee they’ll be one of your favorite fall treats as soon as you take a bite! 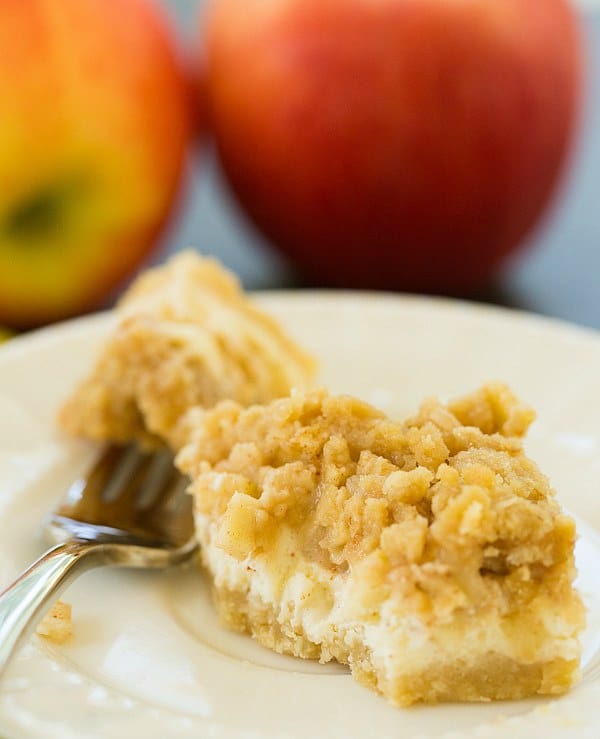 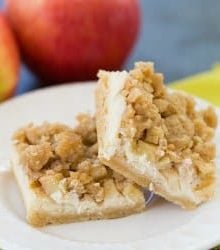