These apple-cinnamon muffins pack a huge apple flavor thanks to apple cider and chopped apples, with a fabulous cinnamon-sugar crunch on top. 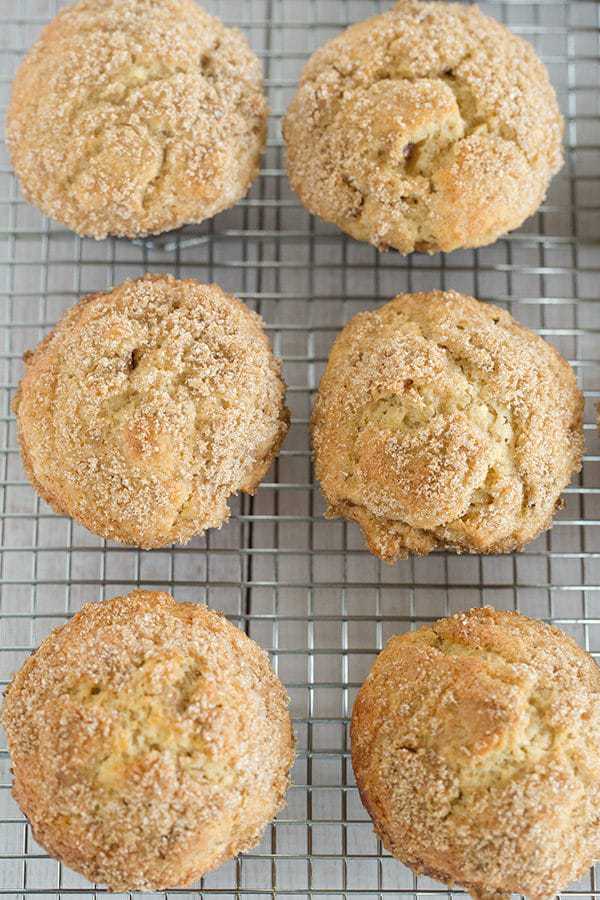 Can we officially say that it’s fall now? The weather is still rather warm, but there are more 70-degree days in the forecast than 80-degree ones, and the mornings are feeling just a little bit more crisp and cool. You’re probably sick of me saying how much I love fall every single year, but I just adore the season. I welcome with open arms the cooler air, cozier clothes and hearty comfort foods.

What food just screams fall? Apples! Whether you go apple picking at a local orchard or just grab your favorite from the grocery store, these apple-cinnamon muffins NEED to go on your fall baking list. They’re not as quick to come together as most, but they are well worth every single second of prep time. We were obsessed with them! 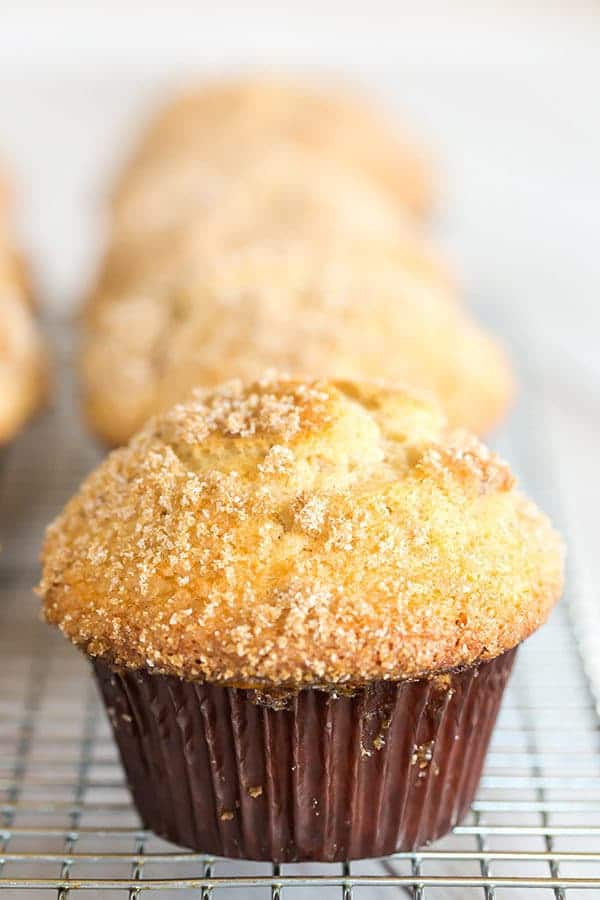 I usually gravitate towards muffins and quick breads because of how quickly they are to whip together and get into the oven. This recipe is a little bit of an exception since you cook the apples down with some butter and brown sugar first, but it is 100% worth the extra time.

Aside from the robust apple flavor, the topping on these muffins are totally to die for… a combination of granulated and brown sugars, along with cinnamon – it’s a wonderful sweet, crunchy coating and will make you want to save the top for last (at least, I did!). 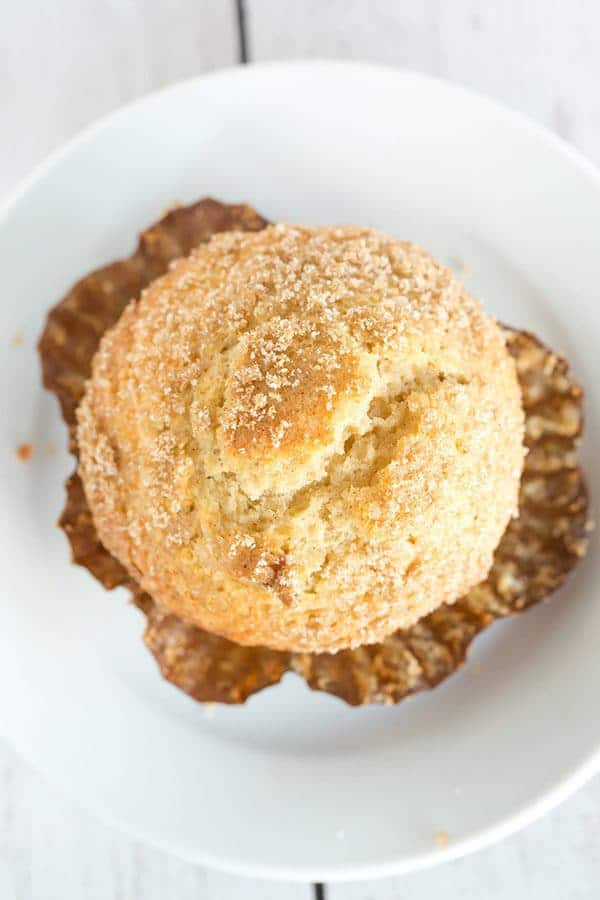 We literally could not stop eating these… I had them for breakfast, snacks, dessert… you name it and I found an excuse to snag one and gobble it up.

I would absolutely call these a fall staple and will stock my freezer with them for breakfast emergencies (which I’m sure will be very real once we have a newborn at home!). 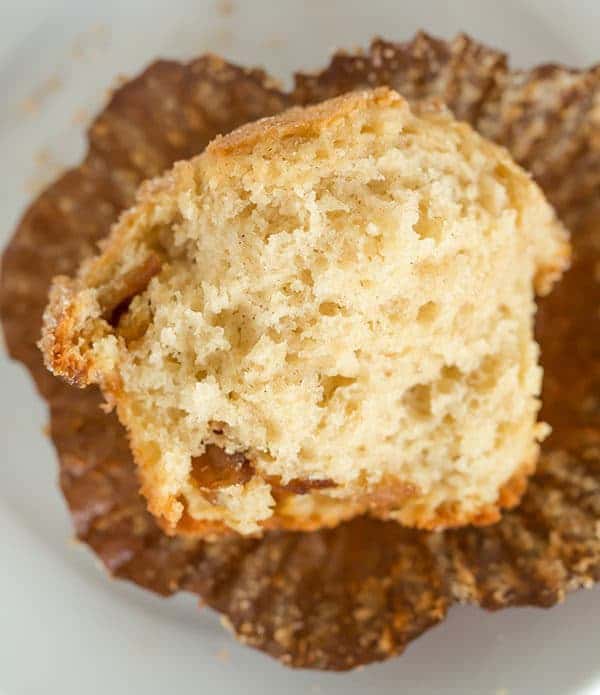 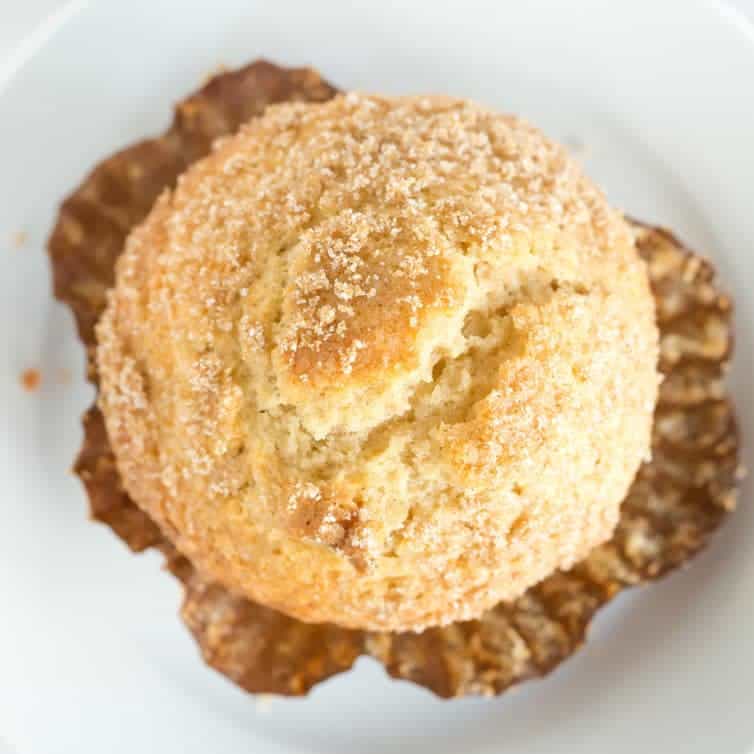 Print
5 from 3 votes
Did you make this recipe?
Leave a review » 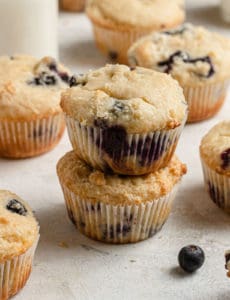 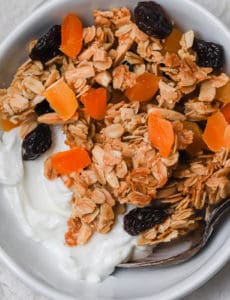 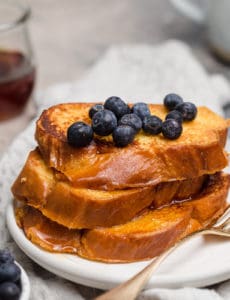 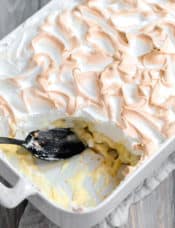 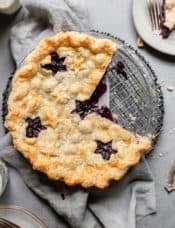