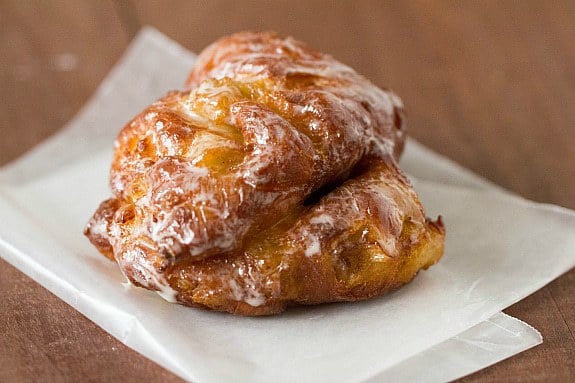 A few weeks ago when I made the pumpkin doughnut muffins, I talked about my lack of doughnut consumption while growing up. I guess you could say I’m trying to make up for lost time. I have been borderline obsessed with the doughnut recipes that I’ve come across on Pinterest over the past couple of months, however there is one recipe that has been alluding me… the apple fritter doughnut. Believe it or not, the first time that I tried one of these beauties was earlier this year while taking a tour of a new grocery store. I had previously seen these doughnuts at other grocery stores and bakeries, and I’ve had my grandma’s apple fritters before, but once I took my first bite of an apple fritter doughnut, I immediately realized I had been missing out big-time. What an insanely delicious treat – it’s part fritter, part doughnut, packed full of apple chunks, and covered in a sweet glaze. Otherwise known as heavenly pillows of fall-spiced bliss. 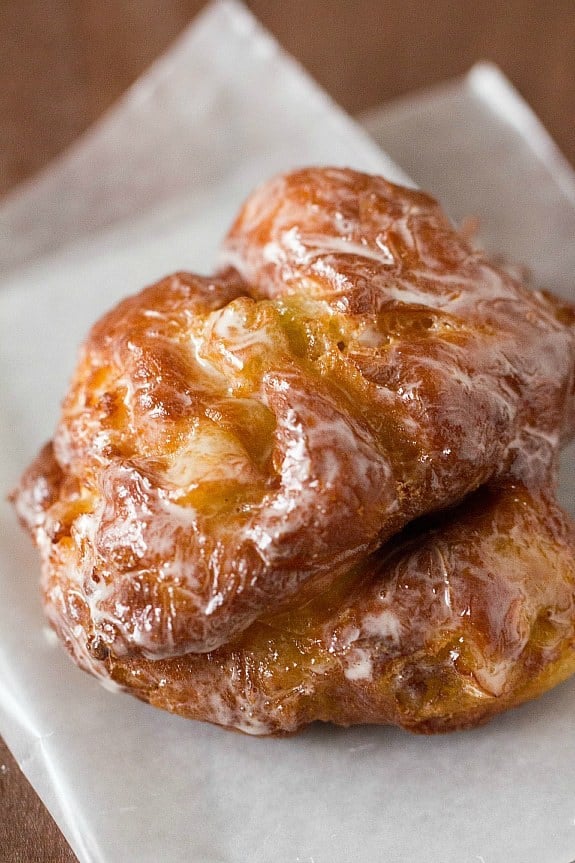 I have seen tons of recipes for apple doughnuts, apple cider doughnuts, apple fritters, and about a million variations of each, but for some reason I had the hardest time nailing down a recipe for apple fritter doughnuts. I had certain requirements – they couldn’t be round with a hole in the middle, they needed to have that bumpy, craggly surface, and they needed to be covered in that barely sheer glaze that grabs hold of every bump, nook and cranny.

I finally found a string of posts on a recipe forum website and was able to piece together a recipe from what I found there. The result was exactly what I had hoped for – a prominent apple flavor… chunks of apple… a soft interior… a thicker exterior… a bumpy surface… and the perfect glaze. 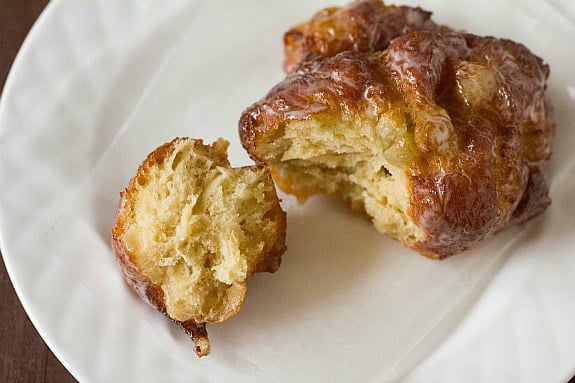 While I may not have been a doughnut aficionado as a child, I can certainly work to amend that as an adult. I think these apple fritter doughnuts are a fabulous first (or second? or third? or fourth?) step, and a gateway to even more fabulous fried treats!

What is your favorite type of doughnut? 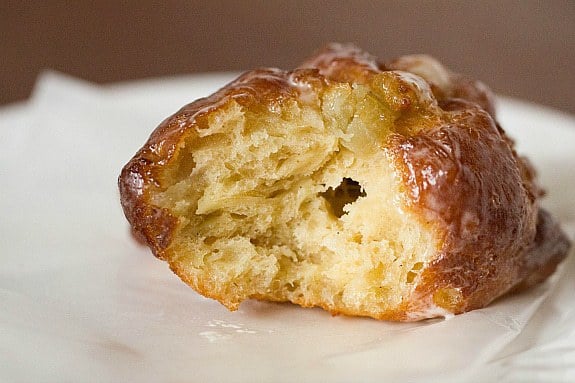 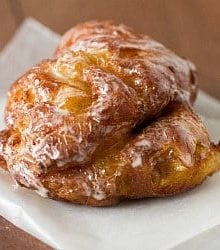