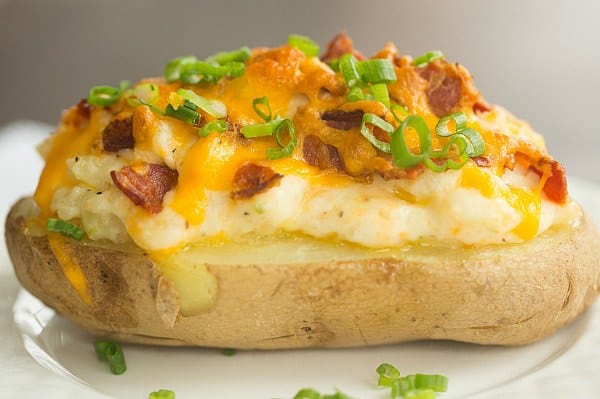 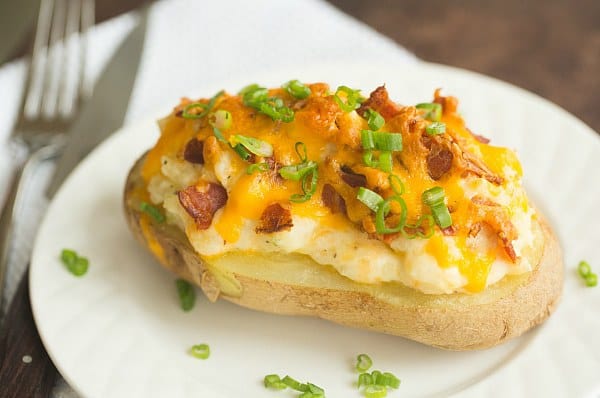 My mother-in-law makes twice-baked potatoes fairly often and, oh my, they’re amazing. When I finally asked for the recipe, I realized why! They are loaded with all of the good stuff – butter, cream cheese, sour cream, cheddar cheese, and plenty of seasonings. I took the recipe and made just a couple of little tweaks of my own… I swapped scallions for chives and added bacon, because, well… I don’t actually need a reason to add bacon, do I?

Loaded baked potatoes meet mashed potatoes, and I could totally make a meal of just these and a salad.

Every night of the week. 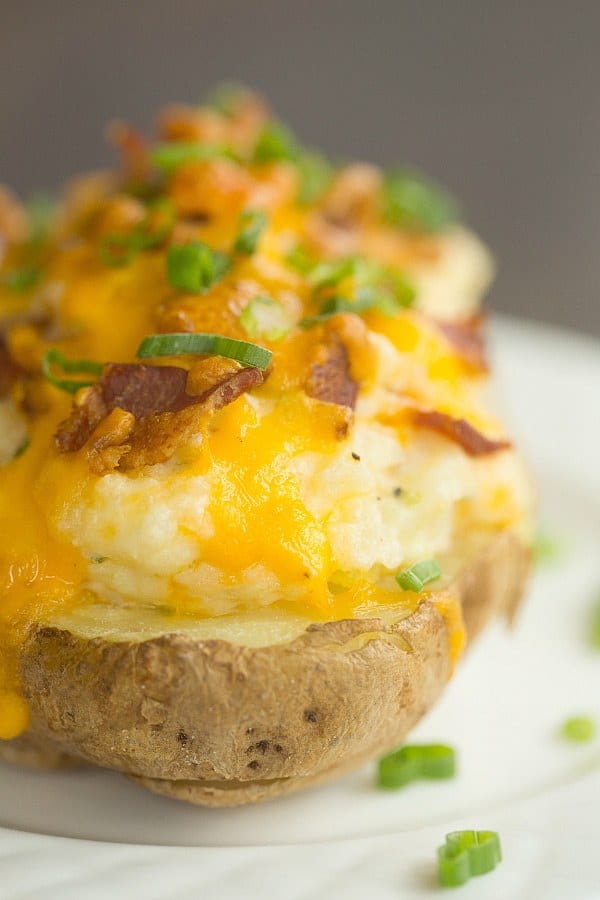 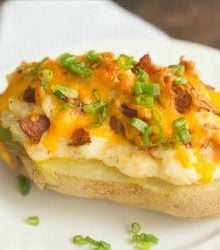