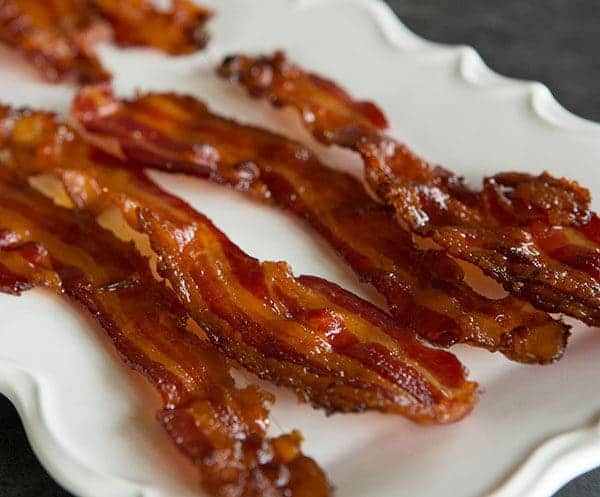 A couple of years ago, I discovered the wonder that is oven bacon. Growing up, the only way that bacon was ever made in our house was in the microwave. It has its merits – it’s quick, easy and has virtually no clean-up; however, once I realized how absurdly awesome it is to make bacon in the oven, I’ve never looked back.

For Sunday dinner this past week, we grilled hamburgers and had a spread of pasta salad, potato salad and fruit salad since it was a holiday weekend. On Sunday morning, my husband showed me a recipe he saw on Food and Wine for a hot brown burger that included slices of bourbon-brown sugar bacon. He really, really wanted me to make that bacon for our burgers, and it was only a matter of seconds before I had the oven preheating! 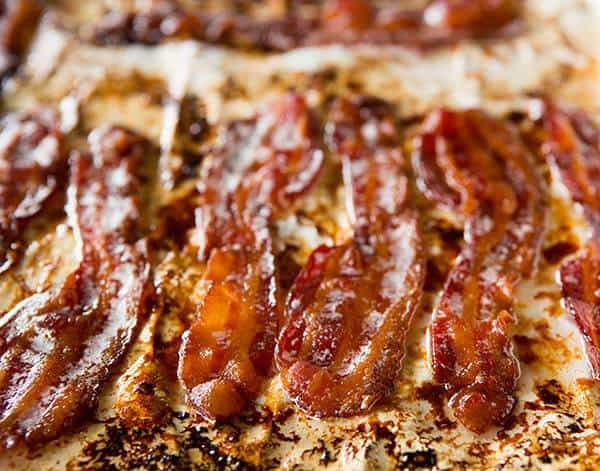 This might be the most amazing bacon I’ve ever eaten, and I’ve eaten A LOT of bacon. The bourbon flavor is super subtle and the brown sugar caramelizes on the bacon, making it taste almost (almost) like candy. It was absolutely phenomenal on our burgers, and it would be just as good on any sandwich, in a salad, or along with your morning eggs… or on its own for an awesome snack.

Now I just need to recreate that entire burger and I think my life will be complete! 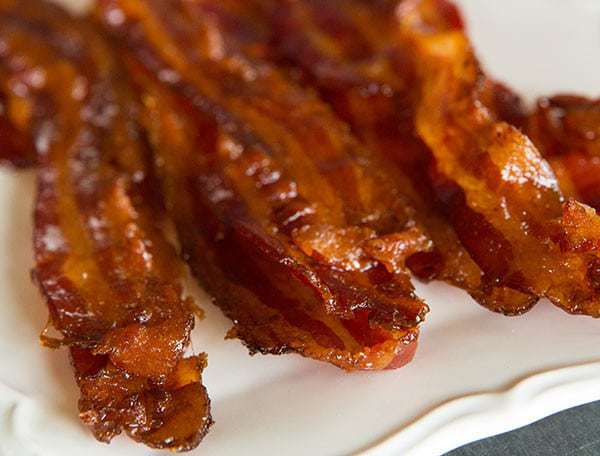 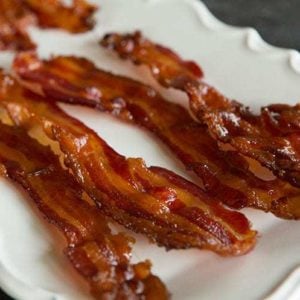